On Wednesday evening, five Teignbridge Trotters attended the inaugural Dalwood Fayre 10k, which was organised with the assistance of the Axe Valley Runners. Marshalling and water provision was excellent and the event shows great promise for the future.

Famed for the challenging Dalwood 3 Hills race, competitors were under no illusions as they left the start line outside the 13th Century Tuckers Arms. The villagers turned out in force to encourage the 62 runners as they laboured over the steeply graded multi terrain course, in quite humid conditions. 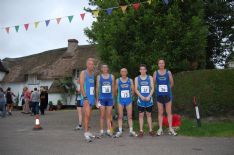 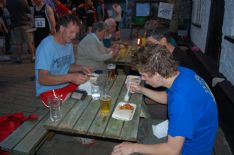