On Sunday 25th May ,Three trotter men travelled to Scotland to take part in the “Edinburgh Marathon Festival” which had all the distance races from 5km to 10km,half and full marathon and a relay event too.


With its fast and flat route, the marathon, in Scotland’s capital city, is among the fastest in the world and a perfect choice for runners chasing a personal best. And Edinburgh was recently voted the second best destination in the UK for a city marathon, behind only London and ahead of Brighton, Dublin, Liverpool, as well as Manchester.


Daryl"tarquin" Milford ,Peter Kirby and Peter Haywood ran the marathon and Tarquin did 2.57.17 and Peter Kirby posted 3.43.24 which is a new vet 65 teignbridge trotter record and Peter Hayward finished in 4.06.

Mark Wotton did the “flying fox marathon” in North Stafford. The race started at Knighton social club and was run along undulating country lanes , finishing back at the social club. It was good running conditions with rain for the last few miles. He finished in 4.39.00 being 121st out of 146 finishers

PHOTOS-Top- Peter kirby on a record breaking run   Bottom-Pete Haywood before the off . 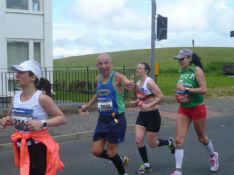 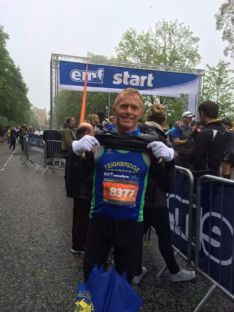