On Monday 27th Gary Watson was our only representative at Round 2 of the Winter 3k series at Exeter Track. In the C race Watsa put into practice his new technique of running to good effect and finished 11th in a very pleasing 11.40. His technique was soon to let him down however as he took a heavy fall whilst out training with our friends and neighbours Dawlish Coasters. He sustained an injury that originally looked serious but thankfully proved to be nothing other than extremely painful. We look forward to having him back soon.


The Yarcombe Yomp is a friendly community race that raises money for the village hall fund. There is always a good atmosphere surrounding the race and this year the fund was boosted by £800.


In Swinley Forest, Bracknell, Rod and Lucy Payne donned moustaches to run The Muddy Mo Run the first of a series of national charity events for Movember. There was some pre-race tension as the runners were asked to be on the lookout for an elderly lady with her dog who had been missing all night. Thankfully all ended well as she was discovered and thought to be none the worse for her experience. She was taken to hospital by ambulance for a routine check-up. Back at the race in a field of 195 including Lucy’s eldest son Paul (not the triathlete but still too good for us - Rodders) they ran together in sometimes knee deep mud that smelt none too pleasant and finished 72nd and 73rd in 60.14.


In Kingston-upon–Thames in Surrey, Mark Wotton lined up for the Thames Meander Marathon, his 6th marathon in 6 weeks. The race starts at the Hawker Centre, formerly where the Harrier Jump Jet was developed but now a community centre and is run on an out and back course along the riverside path between Kingston and Putney. In a field of 323 finishers our Wurzel was 269th in 4.51.41. The race clashed with a rowing event and at Henley and Putney it proved difficult for the runners trying to avoid hundreds of spectators and boats being pulled out of the river.


On Sunday Ryan Anthony, Allen Taylor and Phil Perry travelled to Falmouth to run the low key but tough off road Carrick Cracker. Distances of 13k, 30k, 43k and 50k were on offer. The three opted for the gruelling 50k option and ran as a team to cross the line together in around 7hrs 10 mins. This event is fantastic value for money costing only £5 to enter and offering free coffee and cake at the finish.


There were just two Trotters amongst the 2,004 who completed the Plymouth 10k as once again a big city event fails to catch the imagination of the local running clubs. Mary Goulden making a welcome return to racing in Trotters’ colours was 705th in 54.27 and Jackie Burns was 1,645th in 1.08.54.


Photos: Top, Trotters at the Yarcombe Yomp; Middle, Tracy Elphick at The Templer Ten and Bottom, Lucy and Rod at The Muddy Mo Run in Bracknell 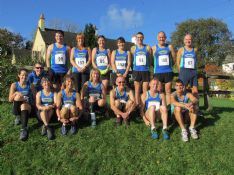 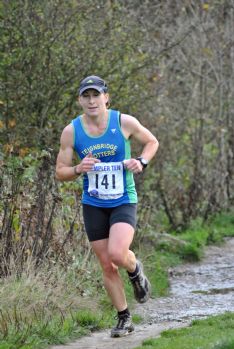 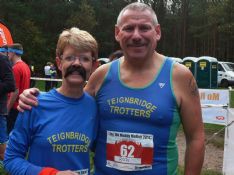