Replacement for Teign Valley Toddle in the Club Championship will be the Drogo 10...

Finding a near 'like-for-like' replacement for the Teign Valley Toddle has proved very difficult, with no road 10 mile (or there abouts) race in the area.

The Drogo 10, scheduled for Sunday 16th November, has been suggested as a replacement for Section 5 of the Club Championship. I am aware that it is not an ideal replacement, given that it is a hilly off road event, but it was important to have something to replace the Teign Valley Toddle, in Section 5, rather than nothing at all.

Hopefully you will accept that this is the only real workable solution. As the Drogo 10 isn't on until mid-November, this gives everyone time to rearrange their race diaries. It also does not appear to clash with anything locally. 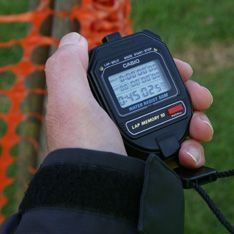