On Sunday 3rd August, Teignbridge Trotters staged the Totnes 10K which is the 15th year the club has organised the event. The sun was out and there was a slight breeze in places making running conditions very good, allowing runners to enjoy the fantastic course.

The race itself is nearly all off road, following alongside the beautiful River Dart, where runners can get some shade under the trees, before going around Dartington Estate.

Before the main race there was a 1-mile fun run, which was very well attended with 135 youngsters completing the event, which is a record attendance. The winner was MU15 Michael Barber who finished the race in a time of 4:43. It was good to see many young Trotters participating with Ashton Goulden leading them home in a time of 6:43 in 35th. Other Trotters who completed the event were Niamh Pilton (57, 7:27), Tom Seymour (63, 7:35) and Isaac Pallant (64, 7:37).

For the main event, there was a record 631 entrants for the popular race including 167 people who entered on the day. After runners had finished, they could join the many spectators to sample some great food (including the famous Trotters cakes) and drink to replenish themselves!

At the event, there were also team prizes on offer with 6 runners required to make up the men’s team. With 4 runners in the top 10, Torbay AC won the men’s team event with a combined time of 3:49:21. Their team was comprised of Simon Longthorpe, Peter Monaghan, Arran Tocknell, Lee Turner, Adharanand Finn and Jon Pressling. This was the seventh year on the trot that Torbay AC has picked up the team prize at the event.

Four runners were required to make up a women’s team and Exmouth Harriers won the prize with a combined time of 3:24:21. Their team was made up of Ellie Sutcliffe, Jane Macdonald, Susan Hill and Dawn Teed.

Once again, Totnes Caring were the Trotter’s nominated charity for this event and as a club we are thrilled to support such a worthwhile, local cause. Over the years, the club has presented Totnes Caring with over £10,000 and we’re expecting to increase that amount this year. 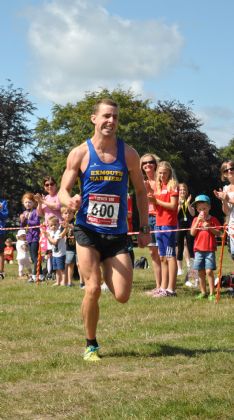 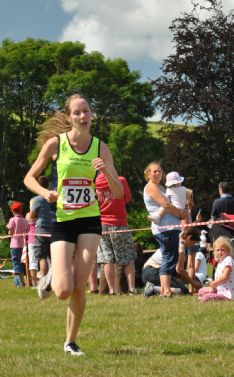