The last local 10km of the year for the Teignbridge trotters to participate in was the “Stoke Stampede” in a small village called Stoke St Gregory near Taunton, Somerset. On Sunday 29th December the weather was fine with a slight breeze on the undulating course.322 runners completed the post festive race.


The first local 10km of the year on Sunday 5th January2014 was held in Exeter at Havens Banks and Exeter Canal although it looked like being cancelled due to flooding problems .South West Road runners who organise the race had to change the course for “The First Chance 10km” to start an hour later due to high tides and flooding on the course but all the runners were kept safe although it wasn’t an accurate 10km.465 runners completed the race and all received a bath towel which seemed quite appropriate as the latter part of the race the heavens decided to open!


Lance Mason and Sally Ingledew went to Milton Keynes to run the “Winter Enigma double marathon”. The course should have been around the Caldecott Lake in Milton Keynes but due to severe flooding around the course the event had to be moved at very short notice to Furzton lake which meant competitors had to do 17 laps instead of the 7 at the other lake. The weather was horrendous on the Saturday but Lance completed in 3.10.36 and was 4th out of 56 runners and Sally did 4.24.40 and 32nd while on the Sunday in icy conditions to start with Lance did 3.28.38 and 3rd out of 51 runners and Sally was 27th in 4.36.23.

PHOTOS-TOP-A nice warm cuppa after the Stampede  MIDDLE -Gary Watson in action  BOTTOM- Donna in the sea...its not a puddle ! 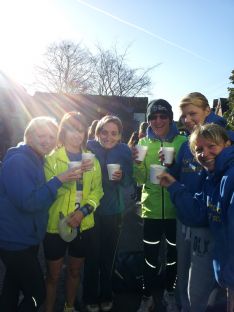 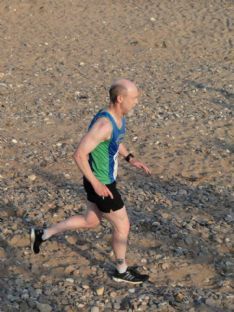 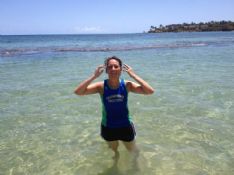