Teignbridge Trotters put in some spectacular performances at the weekend.

Experienced ultra marathon runner Allen Taylor travelled to West Yorkshire to take part in a 100k Ultra organised by Cannonball Events who also offered a 75k and 50k option. The route started in Sowerby Bridge and followed the Rochdale Canal to Great Ancoats, Manchester, which formed the turnaround point, and then straight back, retracing steps to Sowerby.

While following the canal towpath, the route was far from flat, with a winding climb of 1300ft finding its way up to the Summit, which is the highest broad lock in England and Wales.

The weather was sunny with temperatures reaching 17 degrees. Under foot it was still muddy in places following recent rain.

Meanwhile Trotter Nicola Cousins went with her husband Mark to compete in the Yeovil half marathon. This event, now in its seventh year, is organised by Total Buzz Events, with start and finish in Yeovil town centre. Runners benefitted from closed roads around the town centre before heading along the entire length of Yeovil Country Park. The route then left the town on the western side to Montacute House, before returning on quiet country roads to the Town Centre finish in the Quedam Shopping Centre. Nicola said it was a lovely route out into some stunning scenery, a great atmosphere and it wasn't as flat as we thought it was going to be, very up and down in the lanes!

Dave Taylor completed the Portsmouth Duathlon, run by Believe and Achieve Events. This was a sprint distance, involving a 5k run, then a 15k cycle ride followed by a further 5k run. Dave’s time was 1:25:11 and came 131/244 and second in the Male 70-79 age group. Conditions were bright and sunny, but a strong wind made the cycle section difficult at times.
Both the cycle and running sections followed the sea front between Portsmouth and Southsea. Dave was using the event as part of his training for the European Duathlon Championship in Spain at the end of April.

Finally the details of Richard Keatley’s first 50 marathon runs have been approved by the 100 Marathon Club and he has received his 50 marathon medal, which entitles him to consider himself a “wannabe” 100 marathoner. Well done Richard – a real milestone reached!

Many thanks to Marie Taylor, Nicola Cousins, Chairman Rog Hayes, Dave Taylor and Richard Keatley for providing text and photos. Next week your race reporter, the inestimable Graydon Widdicombe, will be back at his desk, so all reports to him please. gwiddicombe@icloud.com 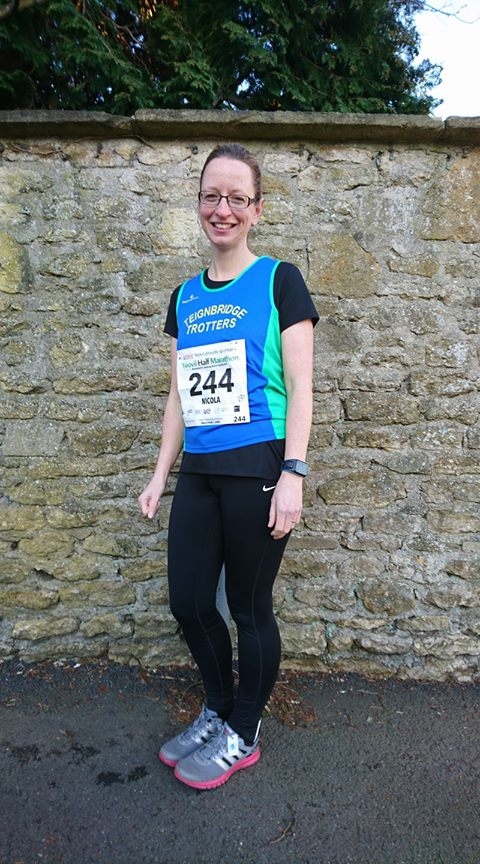 Nicola before the off at Yeovil 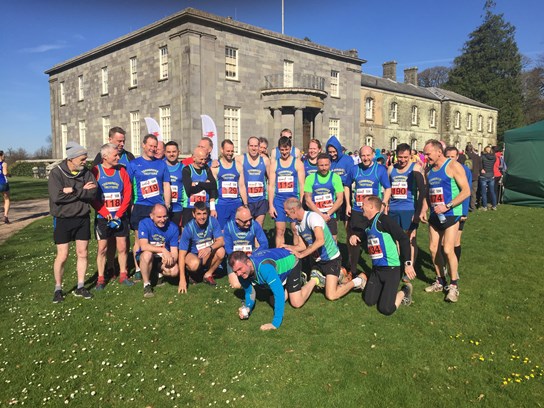 Nigel Barnett still drunk from the night before!