Allen Taylor nails another 100 miler and Kim Nichols surprises everyone!

Far and wide sums up the activities of the Teignbridge trotters over the weekend. Three very brave individuals took on a frightening 100 mile race in the middle reaches of the river Thames. Others, of more sound mind, tackled the Exeter Ashfords Great West run, while much further afield a party flew off to sunny Mallorca for the weekend. Two daring Trotters even ventured into deepest Cornwall.

The Centurion Running Autumn 100 miler is one of the toughest long distance ultras in the book. Trotters Ryan Anthony, Steve Barker and Allen Taylor travelled to Streatley and Goring, on the Berkshire/Oxfordshire border to take part. The race comprises four out-and-back limbs, each of 25 miles, some flat – along the river Thames paths – and some undulating, taking in the Chilterns and the Berkshire downs. Conditions underfoot were good and the weather was mainly kind. Allen Taylor had a magnificent run, completing the huge challenge in 29th place, in a jaw-dropping time of 20.31.47. The fates were less kind to Anthony and Barker, who each had to pull out before completing. Even so, they both achieved well beyond normal expectations, with Anthony making it through mile 44 and Barker to mile 66.

The Eden Half Marathon attracted Lucy Evans and Garrie Edwards, perhaps because of its challenging, hilly reputation. Lucy passed the test with flying colours, finishing 339th in a very creditable time of 2.04.59, while Garrie finished 75th in an excellent 1.42.48.

Ten Trotters raced in the Ashfords Great West Run. The route took runners through the heart of Exeter, the energy of the city combined with pretty country lanes, with a couple of hills and stunning views across Exeter. A cloudburst thirty minutes before the start did not dampen the runners’ spirits. As one Trotter said – ‘great day, staying dry although damp underfoot, well marshalled and fantastic support.’

Teignbridge Trotters travel for a foreign trip most years, and a group travelled to Palma de Mallorca to take part in the city’s annual Half Marathon or Full Marathon races.

This internationally popular race weekend was brilliantly organised, and several Trotters took part in the special events that had been put on by the race organisers. These events included a “Breakfast Run” on the Friday morning, a “Pasta Party” on the Saturday afternoon and the “After Race Party” on the Sunday evening. Of course, with it being a Trotters foreign trip, on the evenings the drinks were flowing too!

Turning to race day, conditions were hot and dry, peaking at 25 celsius, which was vastly different to the conditions that runners back home were contending with. It was a closed-road event, and the half-marathon course took runners out-and-back along the main road close to the sea, which had little shade. The next part of the course explored the picturesque old town, and there was some welcome respite from the sun here. The marathon course was two laps, which meant runners had to tackle the midday sun, but there was a free beer at the end for each finisher (albeit alcohol free).

Two of the club's senior members ran the Cabbage Patch 10 on at Twickenham on a wet and windy Sunday morning. This is the quickest 10 miler in the country with a long standing record of 46 mins 2 secs! Alas we, along with every one else, were much slower than that. David Taylor did 1:21:23 and Graeme Baker managed 1:28:47 for another over-75 record.

Discussions are already underway for the next year’s foreign trip and the destination will be announced in the Christmas of the Trotter magazine. 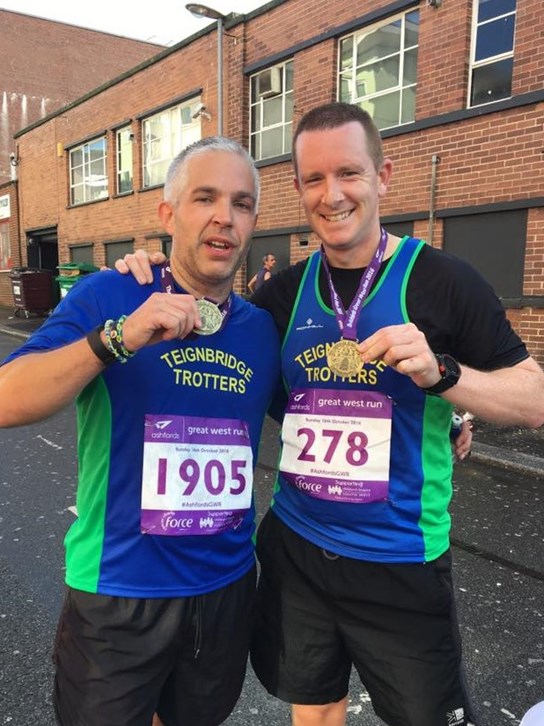 Gav and Kev happy with their lot 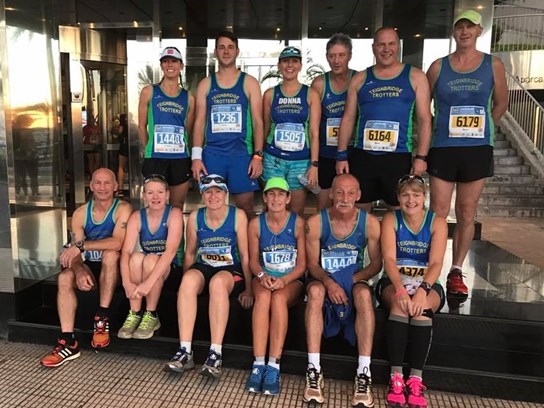 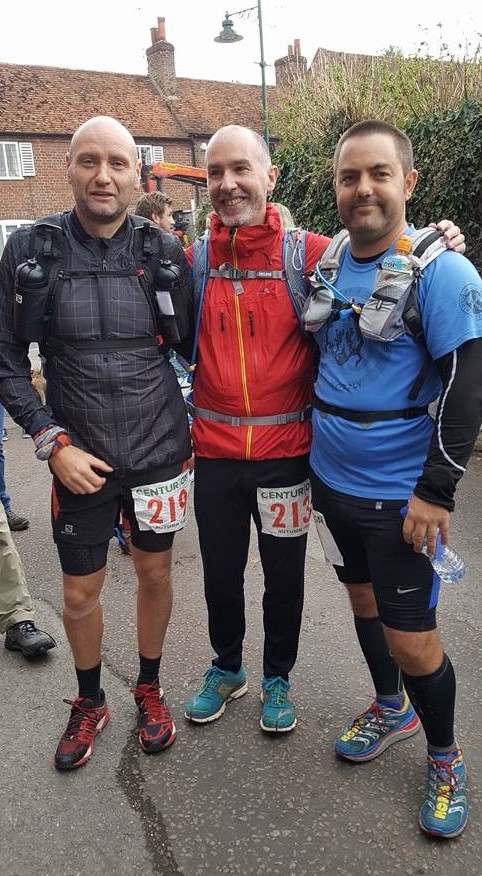 All smiles before the start of the 100 miler