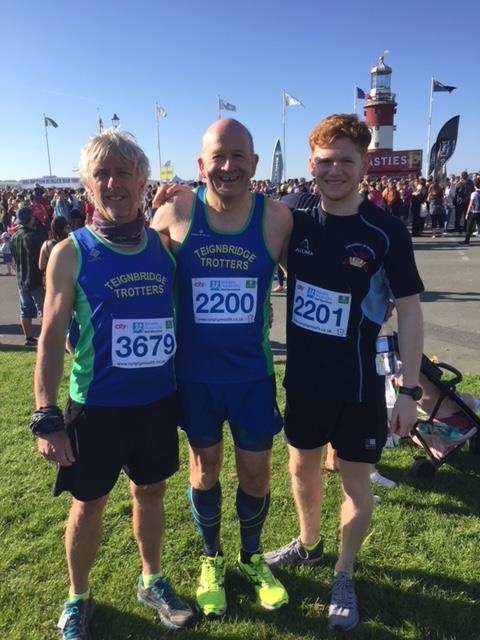 Peter, Eamon & Sam at Plymouth Half

On Sunday 20th May, Trotters took on the popular Plymouth Half Marathon. Starting and finishing on Plymouth Hoe. The undulating route was made more challenging by the heat, making an already difficult event even tougher. Sam was the first trotter home in a time of 1:32 - grabbing 3rd Under 20 for his efforts.

Kevin Woodard ran his third ever marathon yesterday, completing the Exeter Marathon in 2:57:34 - not only knocking off 13 mins from his marathon PB but finishing in a very impressive 6th place. Kevin is delighted with this result especially as he has been off training for 5 weeks and the conditions in Exeter were very hot. Richard Keatley used this marathon as his 99th event, finishing 293rd in a time of 5:35:57 - he was given race number 99 by the organisers!
Richard will next take on the Dartmoor Discovery to complete his journey - when he crosses that finishing line he'll officially become a member of the 100 Club.

Eight Trotters competed in the Imerys Trail Marathon - running through the operational working site of the Cornish China Clay Industry, as well as private farm land and picturesque tracks and trails. It was another warm day in Cornwall with a strong breeze - which was ideal when it was behind you but not great when running into it as it felt like you were running up hill at times. All of the Trotters were using this event as their last long run before the Dartmoor Discovery on Saturday 2nd June. Roger 'Chair' Hayes won 1st MV50, finishing 5th overall.

It's a great event taking in many of Liverpool's main sights including the homes of Everton and Liverpool football grounds and places made famous by The Beatles - Cavern Club and Penny Lane. It also took in some of the lovely parks in the city, and the finish on the waterfront was very good with plenty of support.

Dressed as Mr Motivater and an 80's girl, Paul & Sharon Sharples had great fun with the band's and spectators making them laugh and clap!! Hence they took rather along time! For Paul, running through the Kop at Ainfield Liverpool Stadium was a particular highlight for him! They also completed the 5k event on Saturday in a time of 32 mins in Royal wedding fancy dress!

Weather was generally good for running although it did warm up towards the finish, but Graydon was disappointed with his  respectable time of 4:07:55 (993rd). 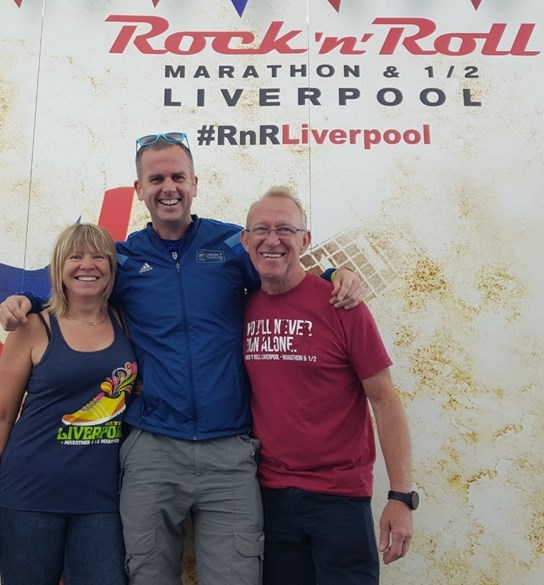 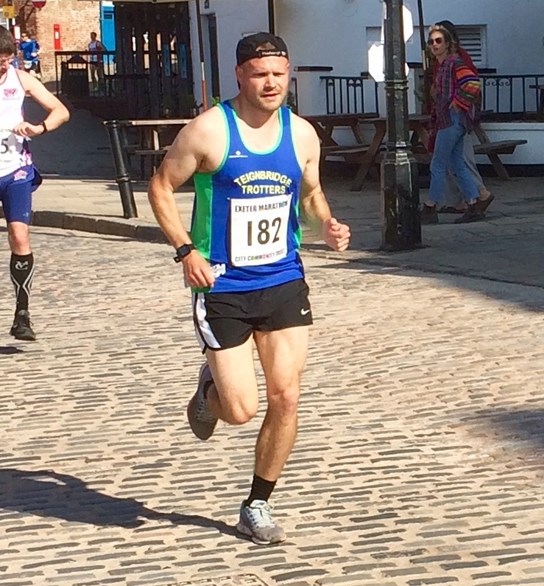 Kevin Woodard at the Exeter Marathon 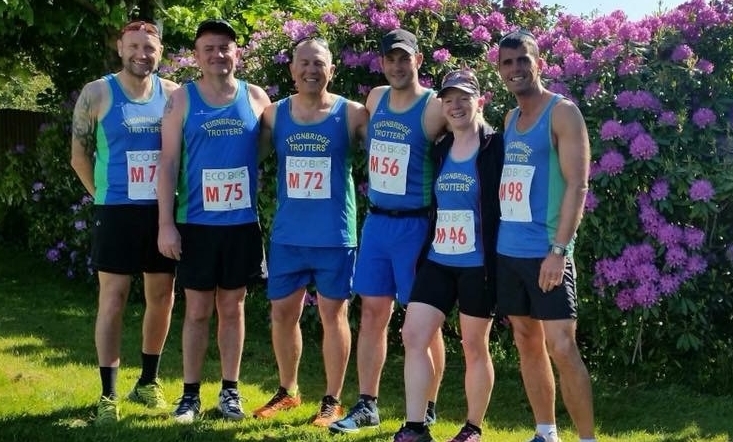 Some of the Trotters at Imery Marathon