The evening of Saturday 20th January saw the much-anticipated annual awards night, this year held at Hannah’s at Seale-Hayne. The evening is an opportunity to recognise some great achievements by its members throughout the previous 12 months, as well as throwing a legendary Trotters party.  Excellently organised by various members of the club, it was a great evening.

Starting with the fastest times of 2017, there were some great times ran across the 10K, Half Marathon and Marathon distances.  For the ladies, Helen Anthony managed 37:41 at First Chance 10K, Tracy Elphick did 1:34:56 at Dartmoor Vale Half Marathon and Mel Dunn managed the quickest time of the year at London Marathon with a 3:27:00.

For the men, the awards went to the same person for each of the 10K, Half Marathon and marathon distances – Jamie Barnett. Jamie managed 33:48 at First Chance 10K, 1:11:30 at Cardiff Half Marathon and a fabulous 2:40:48 for his first marathon at Dartmoor Vale. These times were also new club records, which is a fantastic achievement.

The Club Championship was hotly contested this year, with 7 ladies and 10 men competing the required races throughout the year.  For the ladies, Kathryn Steemson won the Championship with a fantastic 594 points out of a maximum of 600 available.  For the men, Garry Smart again won the men’s Championship scoring the maximum 600 points that were available.

A special award was presented on the evening, to Tina Caunter.  Tina has completed in the last 21 consecutive club championships, which is an amazing achievement and shows fantastic consistency over that time. Her successes include one first place, seven seconds (including in 2017) and four thirds.

The club hold an annual handicap race each year – the John Scott Trophy.  Melanie Saunders won the event this year, whilst The Ross Cup went to Nathan Elphick for the first tattooed Trotter, and The Dave Dunn Cup went to Melanie and James Saunders, for the first cohabiting couple.

The club also awards various prizes for different categories, and it’s always a great way to recognise some brilliant achievements over the year.

Firstly, last year’s Most Promising Newcomer, Lucy Evans, improved her Bideford Half Marathon time by 5 minutes, and has since run Birmingham and Dartmoor Vale marathons in times close to four hours. Lucy walked away with the “Most Improved female” trophy this year.

For the men, the “Most Improved Male” trophy went to Jamie Barnett.  As well as the club records he broke in 2017, in September Jamie ran Bridgwater half marathon, coming second overall and qualifying for a Championship start at 2018s London Marathon.

In the “Most promising newcomer female” category the award went to Louise Stokes. Louise completed her first 10k in March and went on run two Half Marathons.  She hasn’t confined herself to tarmac and has done more than 50 Parkruns and the 11 mile off-road Bicton Blister.

Andy Distin won the “Most promising newcomer male” award.  Andy’s an enthusiastic regular at training nights and ran the Great West Run in October, slicing 6 minutes off his previous best half marathon time.

The “Committee Cup” is the award that is presented to the Trotter who provides a great service to the club.  As with the other awards, any of the nominees would have deserved to win, but Graydon Widdicombe was delighted to win the trophy this year. Graydon has had a very busy year as our press and publicity officer and also our club championship secretary. Graydon’s work on the press roles was recognised when he was the runner up in the recent Teignbridge Sports and Community awards in the PR and media category.

Dennis's Cup is in memory of beloved Trotter Dennis Milstead and is voted for by club members for the “Coach of the Year” award. Jacki Woon again walked away with this prize, which is very well deserved for all the work she puts in with coaching.

Please note, the report for the Plym Trail Marathon and Half Marathon will be included in next week’s report. 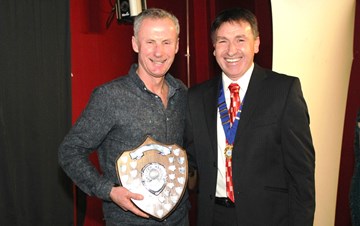 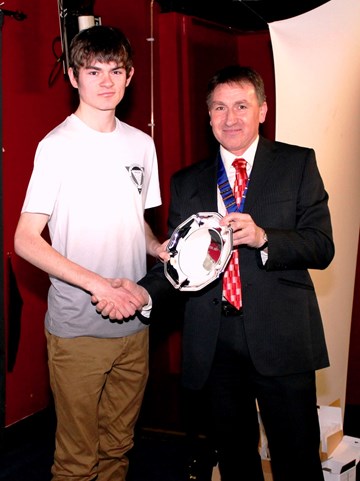 Jame Barnett walked away with many prizes on the evening 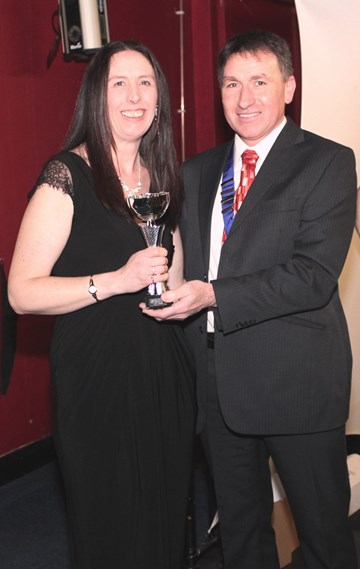 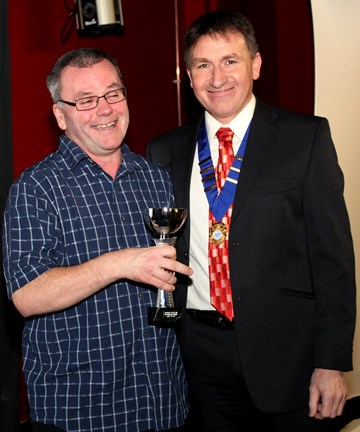 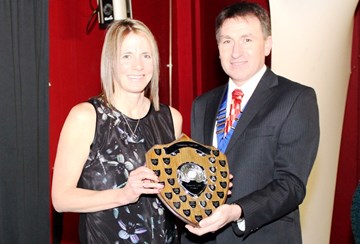 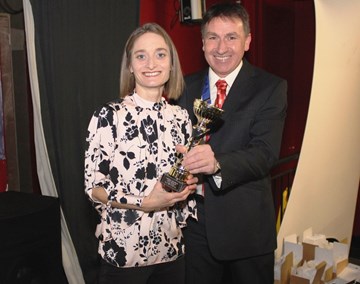 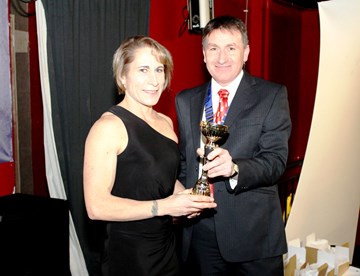 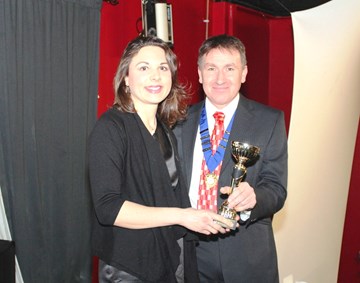 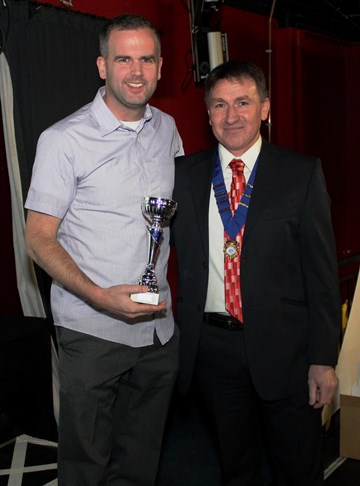 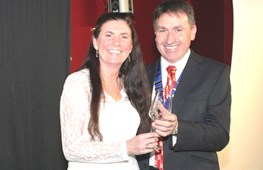 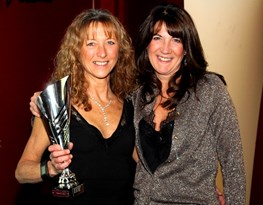 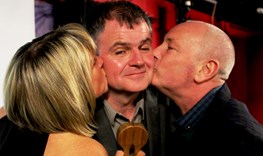 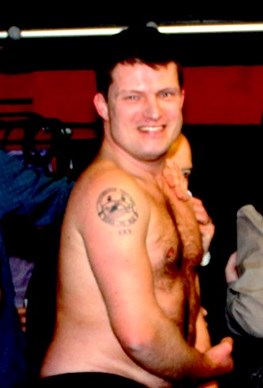