Ayling and Lyons go Dutch at Amsterdam Half Marathon

Claire Ayling and Alex Lyons travelled to the Netherlands to take part in the Mizuno Amsterdam Half Marathon. This event was one of three races, along with an 8k and Marathon. 45,000 runners took part in what proved to be a very well organised event.

The route was lined with spectators and bands playing live music, giving a real party atmosphere. The 8k and Marathon runners set off at 9:30am, followed by the Half Marathon runners in waves from 1:20pm.

The race start was situated at the Stadionweg, before the runners set off on an extended loop of the attractive centre of Amsterdam. They then passed through Churchillaan, Rijmstraat and the Ultrechtse Bridge over the Amstel River. Within the last four miles of the race, the famous Rijksmuseum and Vondelpark came into view. The finish was a one lap of the 1928 Olympic Stadium, where the sounds of the crowds and music was deafening.

Claire and Alex ran side by side, savouring the sights and sounds as they made their way around the course. They crossed the line hand in hand, clocking a time of 1:57:25, to finish in 6238th out of 14,751. They both thoroughly enjoyed the whole event, and would thoroughly recommend it to our Trotters!! 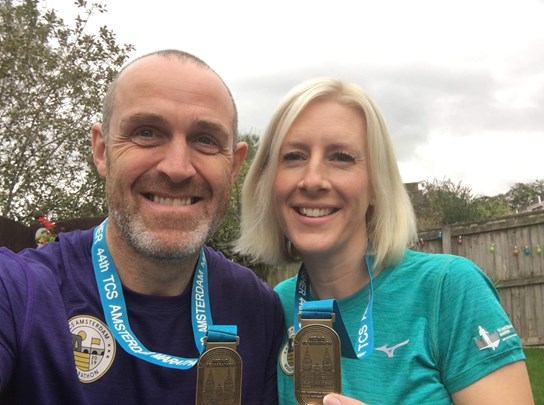 Claire and Alex on a 'high' after completing Amsterdam Half Marathon

Graydon Widdicombe travelled to Essex on Sunday 20th October to take part in The Chelmsford Marathon. Organised in aid of a local hospice, the single lap course took place on road and tarmac paths. The race started in the city centre and followed a very scenic and rural route, undulating through lovely countryside and villages of North Essex, before returning the runners back towards the city, for the finish in Central Park.

In perfect running conditions - cool, sunny and with little wind - Graydon had a pleasing run out, finishing in 3:29:23 to finish in 94th place. There were 794 finishers. 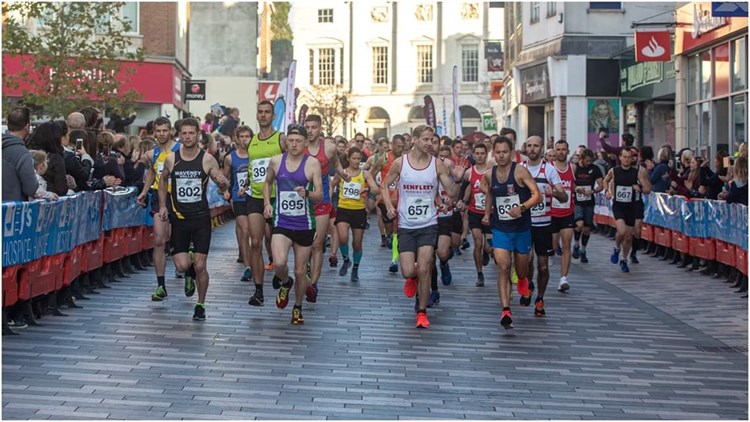 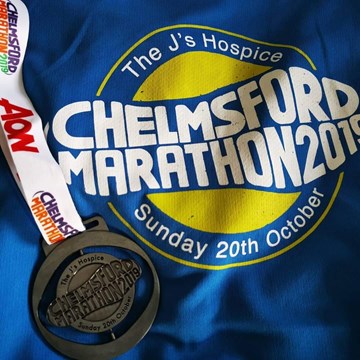 Although being 240 miles away from the home of the Trotters, Graydon was surprised to hear someone call out ‘Well done Trotter!’ at the finish. The person was none other than Dartmoor Discovery legend, Graham Baker of East Essex Casuals, who was spectating at the race. Graham is the only DD ‘ever present’, having completed all the previous 21 editions of the iconic race and is hopeful that he’ll extend his streak at next year’s event. Entries for the event open on 1st November and details are available on the Trotters website.

On Saturday 19th October, Karen O’Brien took part in the Wild Night 10k at Haldon. This was round 1 of a seven race series. There were also kid’s races on offer too.

The course was hilly (240 metres) but the trails were relatively smooth. Ahead torch and reflective vest was mandatory, and trail shoes were recommended!

Karen ran superbly well, to finish in a time of 1:06:00. This placed Karen 5th in her age category and 27th female finisher.

Peter Kirby was the Club’s sole representative at the Asda Foundation Yorkshire Marathon on Sunday 20th October. There was also a 10 mile race run alongside the longer distance race. This was the 7th running of the very popular race.

The start and finish was at the University of York, with a mass warm organised on University Road.

Conditions were ideal, although there was a gusty wind to contend with at certain parts of the course. The route took the runners through the historic city centre, taking in Walmgate and York Minster, before moving into the more rural parts of the city. After crossing the A64 Bridge, the racers passed through the picturesque villages of Stockton on the Forest, Upper Helmsley, Sand Hutton, Buttercrambe Moor Wood and Stamford Bridge. After an out and back at Dunnington, the runners headed towards Osbaldwick and then back to the finish.

Peter clocked a superb time of 4:02:24, to finish in 1898th position. This performance placed Peter 11th in his age category.

Race winner was Mark Buckingham from the Holmfirth Harriers RC. The winning time was 2:21:42. 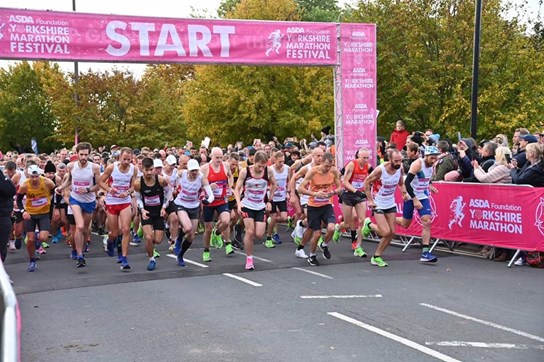 Runners set off at Yorkshire Marathon