Trotters take on Cockington Christmas Caper, two travel to Lanzarote Marathon, three are at Bovington and Richard ticks off another one at Milton Keynes 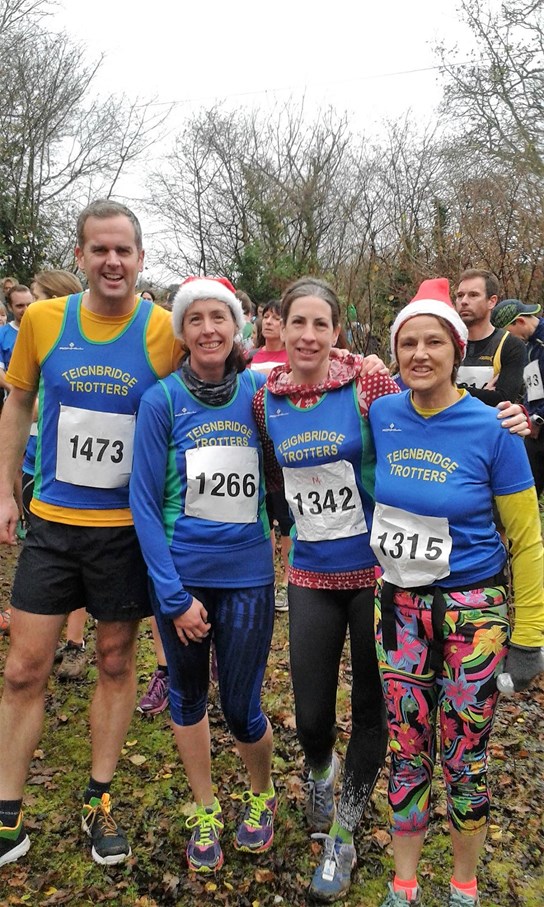 Trotters before the Caper

4 Trotters took part in the annual Cockington Christmas Caper, on Saturday 10th December. This year was the 12th running of the event, and a part of the entry fee went to the local THHN charity.

It’s a great race, with hills, mud, more hills, a few stiles and some classic “Bambi on mud” moments to be seen across the approximately 8-mile course. Of course, the lure of a decent goody bag and Christmas cake at the finish drove the runners up the final hill and over the finish line, in what were damp conditions.

Ewan Walton and Pete Hayward competed in the Lanzarote Marathon on Saturday 10th December.  Pete commented that it was very nice running along 13.1m of sea front out and back, with some undulations which broke it up a bit.  Ewan managed 3.17 and Pete 4.07, and both were pleased with that as it was starting to get hot.  Pete also commented that there was not a cloud in sky and the Lanza wind was blowing as usual, but it was still warm.  The wheelchair racers were flying and the winners of the full and half were also very quick.  There is loads of food and ice creams at the finish line, and it is Pete's second time here - he would recommend a trip. 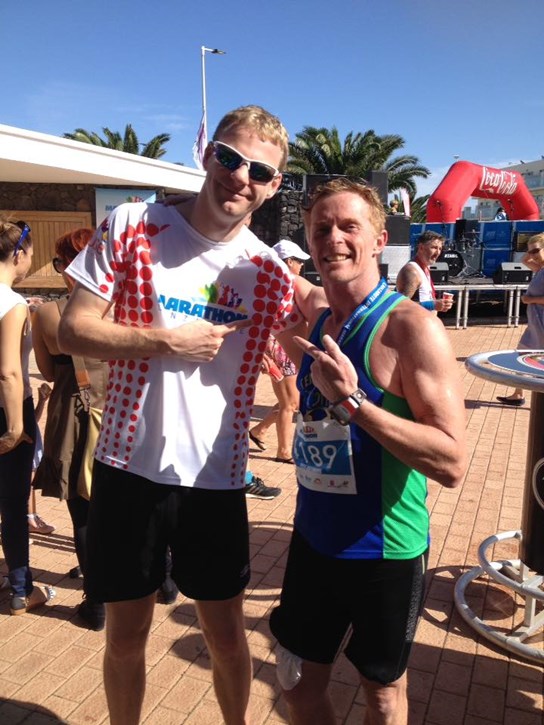 Pete and Ewan after Lanza Marathon 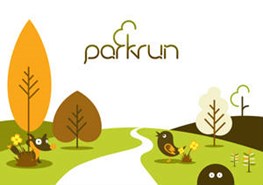 I don’t generally mention parkruns in these reports because they’re not officially races, but a quick note to remind people that there is a new parkrun starting on New Year’s Eve at the Velopark in Paignton, and the event had a “test run” on Saturday 10th December. We are now lucky in this area as a few parkruns have sprung up close by, and there is at least one other local one in the planning stages.

If you haven’t done one before, they’re free, timed 5K events ran all over the country every Saturday AM and they’re great fun and very welcoming. More information about the new Paignton one is below, including how to register.

Allen Taylor, Sharon Bowman and Paul Sharples competed in the Bovington Marathon, held at the Bovington Tank Museum on Sunday 11th December. It was excellently organized by White Star Running, and Allen competed his 50th marathon whilst Sharon finished her 49th, and Paul his 20th (approximately!).

The course was all around the tank training ground including water crossings, woodland and thick sticky mud, and there were plenty of tanks to view on the way! It’s a new event for White Star with their usual large heavy bling on offer after the race, and a “love station” with hot mulled cider and cakes at 21-miles .

Richard Keatley travelled to Milton Keynes on Friday evening to complete 35th marathon (32nd this year) on the Saturday morning. The race was one of the Enigma marathons, with 7.5 laps of Caldecott Lake and Richard was there to run with his cousin, Martyn Ewers, who was running his 100th.

The weather was mild and dry until lap 7, then the rain started to pour down a bit. The pair took their time and completed in 4hr 51min. They had a really great day and Richard is so happy to have shared the journey with his cousin.

Martyn is the person who got Richard into his own quest for reaching 100 marathons, at this event last year. Martyn asked Richard if he wanted to do a marathon the following day, to which Richard replied “Yes!”…..and then he was hooked!

Thanks for the contributions from Sharon and Richard. 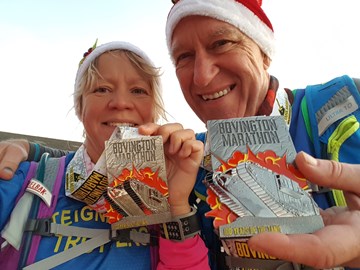 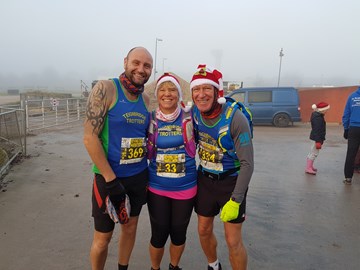 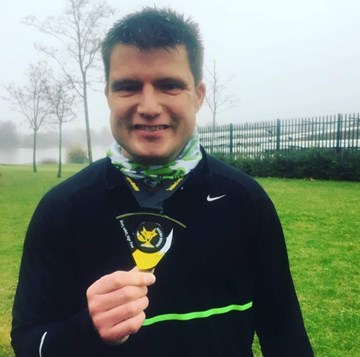