A new two-loop route for the marathon this year avoided a few road crossings through the lovely Dorset countryside. Along with the obvious hills, there were trails an old railway line and plenty of wide-open fields with great views. The great British weather also ensured there was plenty of mud to slide around in and on, with plenty of puddle jumping that turned into wading on lap 2.

The organisation, marshals and the love station were all great as always and even the persistent rain from about 11am didn't dampen spirits (well not too much). All four trotters successfully conquered the invader and made it safely back, albeit a little muddy and wet!

On the weekend of 29th July, Enigma Running held a weekend of marathons called “Planes, Trains and Automobiles” and the events were each 7.5 laps of Caldecotte Lake in Milton Keynes.

Richard Keatley and Graydon Widdicombe each did Saturday’s event. Running conditions were reasonable as the day was cool with not much wind, although in the later stages some very light drizzle did make an appearance. 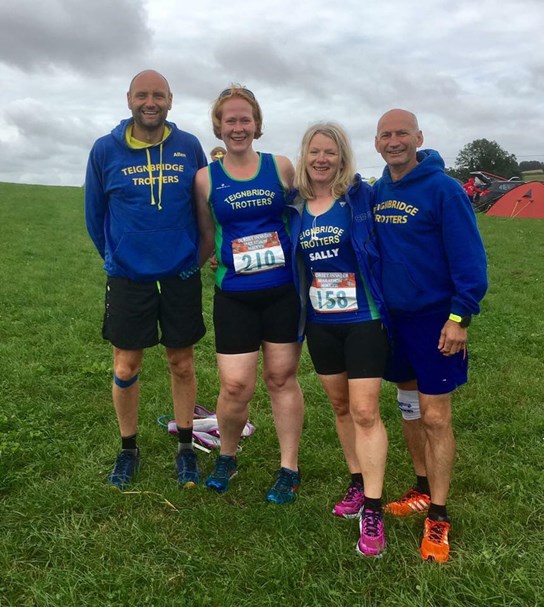 Before the Dorset Invader. Conditions got very muddy after this was taken! 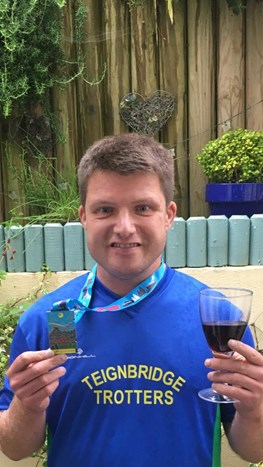 Richard with his medal from Enigma Planes marathon

Graydon was disappointed with 4:35 on the day, whilst Richard did 4:45 to complete his 65th marathon. Richard also had plans for a marathon on Sunday and Monday, but results for those weren't available at the time of writing so will be included in next week's report.

On Sunday 30th July, several Trotters travelled to nearby Stoke Gabriel, to take part in the village’s Carnival 10K.  It’s a mainly off road trail race, which was very muddy in places with lots of hills to climb too.  Fortunately, the weather was kind if not a little too hot at times, but the event had a lovely and friendly atmosphere, with bacon baps and cider at the finish. 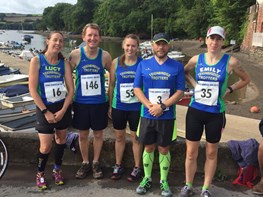 Three Trotter travelled to do the "Six Moor Miles" off road trail race, really well marshalled and organised by Plymouth Harriers.  The route took runners across open moors with a few steep ups and downs.  Conditions stayed fair with a few puddles to splash through...and Jo managed a turtle selfie at the end!

Thanks for the contributions from Suzie, Jo and Lucy. 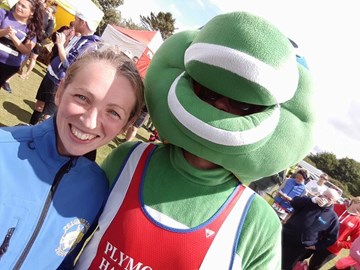 Selfie with a turtle! 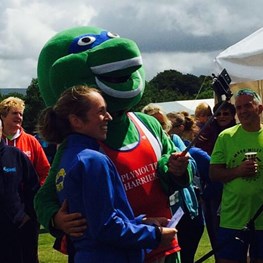