Exeter Half, Humdinger and a Double 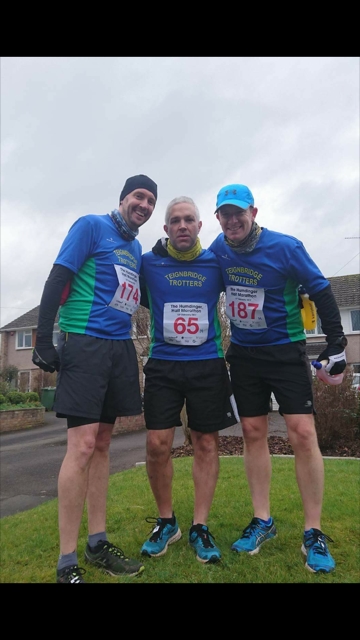 Oli, Gavin and Kevin at the Humdinger Half 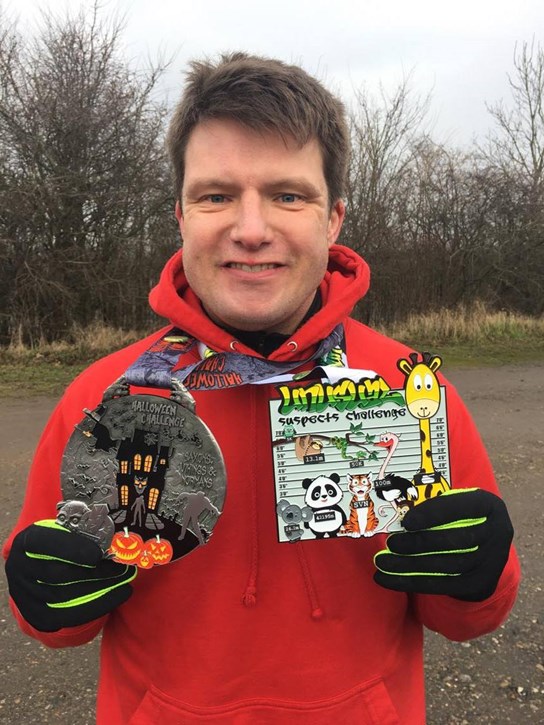 On Saturday 11th February, a few Trotters braved the cold and snowy conditions to take part in the Exeter Half Marathon.  According to the car it was 2 degrees when the race started and snow was in the air, but fortunately it was not laying on this flat, PB-potential course.

It was the first official Half Marathon for Sam and Eamon Crowe, so well done to them in the cold conditions.

The course is basically three out-and-back laps along the River Exe and Exeter Canal. The return leg of each lap was into the wind, but Trotters toughed it out with times as follows. There were 191 finishers.

On returning to the car, the temperature was still 2 degrees. Brrrr.

There was another running of the event on Sunday 12th February and Craig Churchill completed that in 1:35:19 for 19th position (276 finishers).

Kevin Sampson, Gavin Forbes and Oli Prouse completed what was a very cold Humdinger Half Marathon in Taunton on Sunday 12th February. This is one that Gavin was very keen to do as it is his last race before he becomes a married man in just two weeks!

It was a great course of around 250 competitors, with a super big puddle in the middle but Kevin reported that somehow Gavin & Oli chickened out! By all accounts, Gavin especially loved the infamous Humdinger Hill…..!

The three started together and finished together, in a time of 1:51, and for their trouble they even got interviewed on the local radio station by Tone FM!

Richard Keatley completed his 45th and 46th marathons in Kent, with the events organised by SVN. Saturday consisted of 7 laps, and the conditions were very cold with snow falling heavily throughout the day. Richard commented that he just missed out on the sub-5 as got around in 5:02, but with the weather and all the elements he was happy with that.

Day two was the music legends marathon, which was a different route to day 1.  It was 5 laps of a nice, flattish course with just a bit of a bit of an incline in one section. Richard enjoyed the route and finished in 4:50 and mentioned that the weather was much nicer.