From the Netherlands to Exeter - Trotters fly the flag.

The Royal Blues were out and about representing the club at races locally and internationally.

On Sunday 21st May Graydon Widdicombe completed the Leiden Marathon in the Netherlands. Over the weekend they organise a fun run, 10K, Half Marathon and Marathon, with roughly 1000 completing the marathon (roughly 15,000 across all the distances).

The course itself is as flat as you can get – Strava shows an elevation of just 70ft over the whole course, with just a few bridges to cross. By way of a comparison, London (which is considered flat) is around 600ft of elevation. Also, runners were lucky with the weather as it perfect running conditions – 18deg, sunny and with a cool breeze.

The race was exceptionally well organised and very friendly, and the course and scenery was the best Graydon has ever experienced, on what was his 10th marathon finish. It started in Leiden centre, and took runners around rivers, locks, dykes, farmland and beautiful, traditional Dutch houses. There was great support along the route with bands out and plenty of spectators – especially around the pubs!

Graydon finished in 3:54:25, and was pleased to see that his medal glows in the dark.

*Closer to home, the Exeter marathon and 10-miler took place under blazing sunshine. This running event is one of a few organised by Exeter City Football in the Community. The course is ideal for newer runners to the bigger distances and seasoned competitors chasing a fast time due to its nature. Starting at St James Park, it heads through the city centre towards the River Exe and Exwick before returning past the Quay and Countess Wear. It’s run mainly on footpaths and cycle tracks of the River Exe and Ship Canal.

*In glorious sunshine, Emma Ray, Louise Stokes and Craig Hobson completed the Burrator 10k on Sunday 21 May. The fast, flat route starts at the Discovery Centre, Yelverton and includes a complete loop of the reservoir. Results had not been published at the time of going to press. 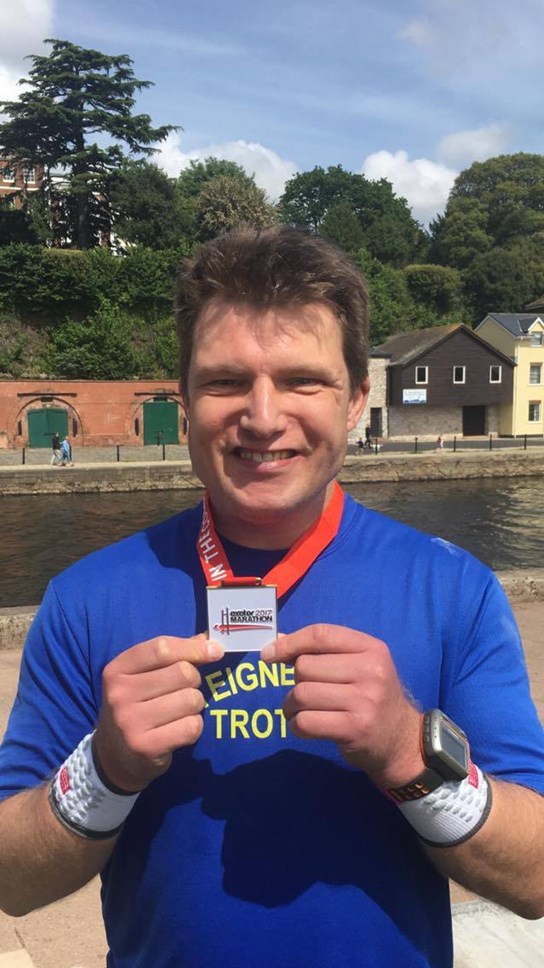 Richard with his Exeter Marathon medal. 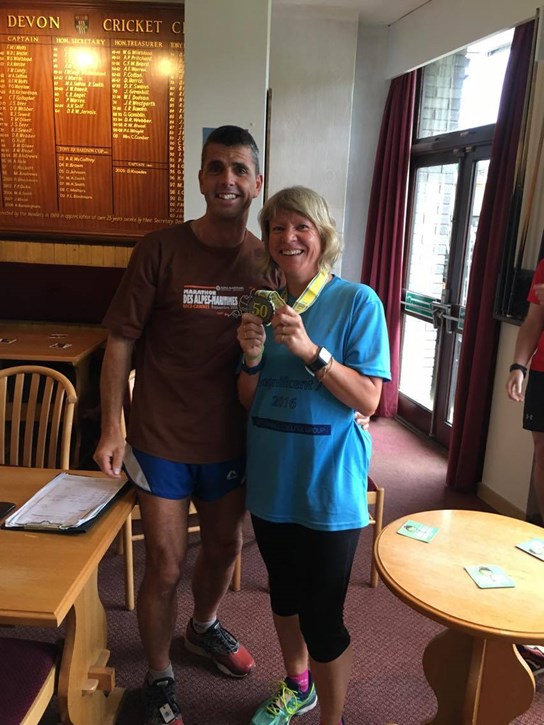 Sharon being presented with her medal by Chair. 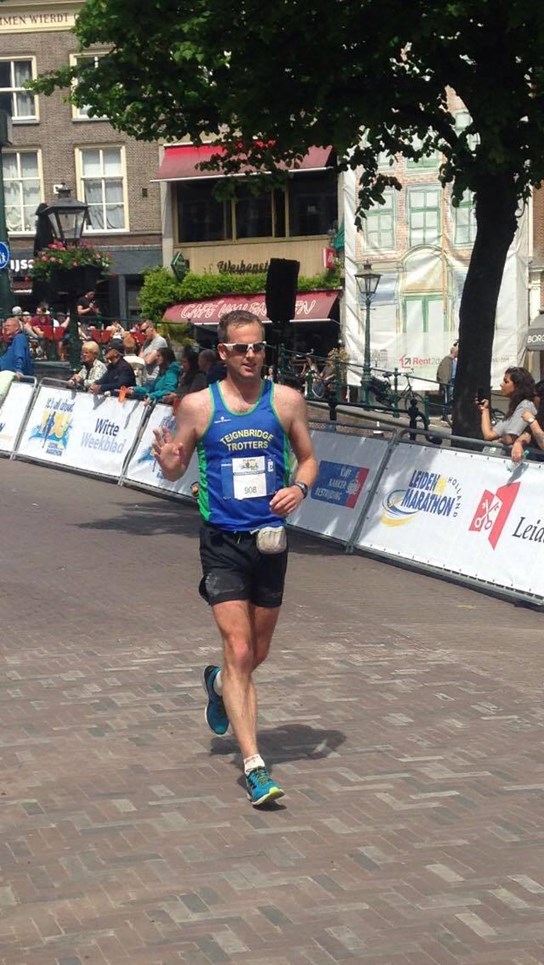 Graydon looking cool in the Netherlands.