Phil Wylie and Elizabeth Dyson, both made their debuts at the Totnes 10K. The warm conditions on an undulating course certainly suited them as Wylie, a member of Cheltenham Harriers, was the overall winner in a time of 34:55. Dyson of Haldon Trail Runners took the ladies’ trophy in a time of 41:02. Wylie’s time was good enough to set a new M35 course record. Only one of two that were set this year. The other saw Annabelle Evans of Newton Abbot AC, set a new U18 female record finishing in a time of 47:48.

As the runners started arriving in Totnes they were greeted with a fine drizzle. However, five minutes before the start of the 10K race the sun came out and the temperature rose. This made for a warm race for the 479 finishers. Simon Longthorpe of Torbay AC, was second overall in 36:31, improving on his third place last year. Lee Turner, also from Torbay AC, was third, in a time of 36:51. In fourth place was Nick Bennett from North Devon Road Runners (37:02) and completing the winning line up in fifth place was Philip Eccelston, from Burrnden Road Runners (38:03).

Second lady was Nicky Savill from South West Road Runners in a time of 44:41. Third was last year’s winner, Naomi Flanagan, from Torbay AC, who crossed the finish line in 45:46. Fourth was Claire Martin from Purbeck Runners (46:03). Fifth was Maggie Hunt, from Fetch Everyone RC (46:40).

Teignbridge Trotter Chairman Roger Hayes, who is also the Race Director, said: ‘It was great to see two newbies win the race. It was pretty warm out there today which reflected in the fact that just two course records were broken'.

The prizes were presented by world war two veteran, Verdun Hayes (Grandad of Roger). Verdun set a new British record this year for skydiving at the incredible age of 100 years old.

The hotly contested team awards saw Torbay AC win both the men’s and ladies' teams. This was the ninth time on the trot that the men from Torbay AC have won the award, proving what strength in depth the club has, as it’s the first six men that count towards the team.

It was the end of an era for Roger Hayes. This was his last year as Race Director having been at the helm since the Trotters took over staging the race in 2000. Roger said: ’17 years is a long time. I’ve got some great memories of the race and I’m sure I shall miss it. I wouldn’t have been able to do it without the support from the Trotters, for which I am very grateful’.

The Trotters are proud to have supported Totnes Caring since first staging the race. This year they were delighted to present the Charity’s Chief Executive, Bob Alford, with a cheque for £1800. This brought the overall total to £16,000.

The Newton Abbot Ladies’ 10K is the next race to be staged by Newton Abbot’s premier running club. This takes place on Sunday 25th September and entries are now being taken. You can enter via the Trotters website; www.teignbridgetrotters.co.uk

Running one marathon is hard enough, imagine running two on the same day. That's what Richard Keatley did on Saturday. His day started at 4.30am with a drive to Walton on the Thames. Having completed his first marathon in hot conditions he had a two hour window before starting his next one. It remained hot and Richard really had to dig in towards the end. He returned home at 2.30am on Sunday morning, tired but pleased with his achievement.

Ashley Wood was the sole Trotter taking part in the Indian Queens Half Marathon on Sunday. Ashley finished 116th out of 535 competitors in a time of 1hr 41minutes. The hot weather put paid to any hopes of a super quick time, Ashley was just pleased to cross the finish line.

Thanks to Rod Payne for the photos 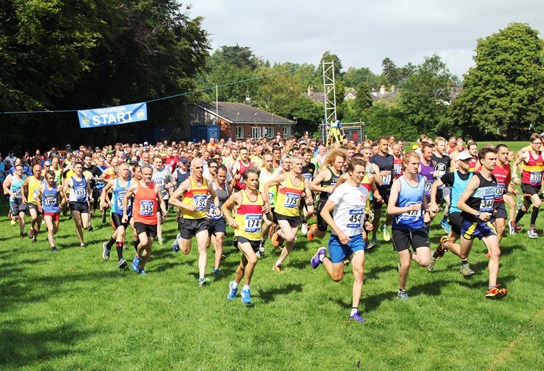 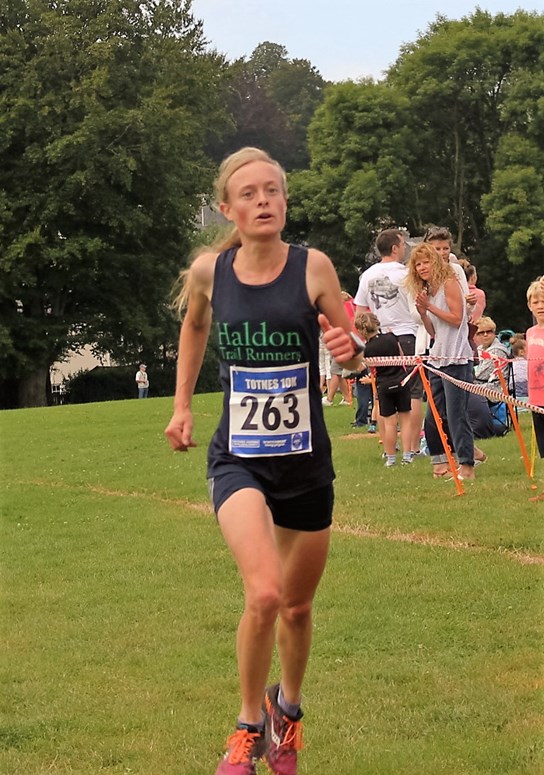