In Taunton, Adam Johnston finally got his hands on the holy grail of club marathon running by logging his first sub-three-hour finish. In perfect conditions, he clocked a highly respectable 2:50:08 to finish 5th overall and third in the over 35s.

In the half marathon event, club record holder Jamie Barnett tuned up for the London Marathon by winning the event in a scintillating 1:11:31, a mere second outside his best from last year.

Whilst Trotters were shining in the South West, another healthy contingent were no less successful in North West taking on the Greater Manchester Marathon, where conditions were equally conducive to fast distance running - cool, calm and dry.

Taylor had headed into the event carrying a knee injury, but still placed 4th in the M70 class. 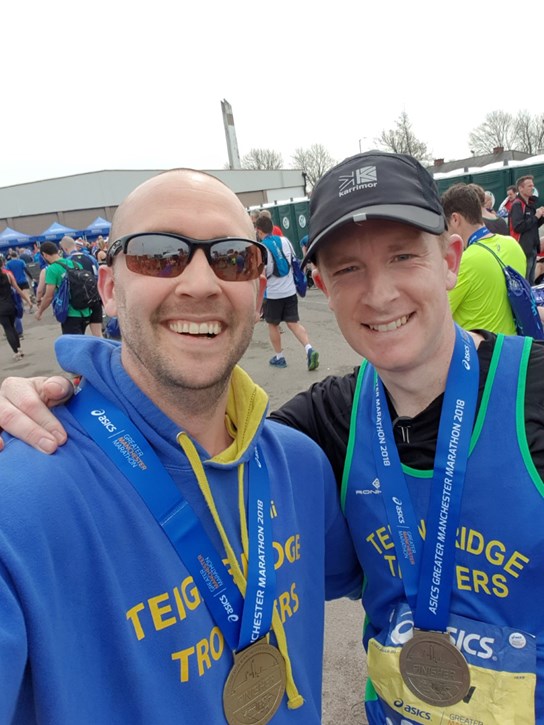 Oli and Kev after Manchester 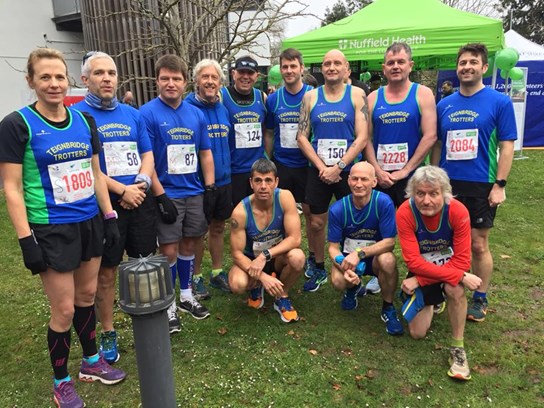 A handful of the many Trotters before the off at Taunton