On Sunday 6th December, Derek Skinner & Julian Scanes travelled to the foot of the Sussex Downs to take part in the Goodwood Marathon.

There were a variety of race distances on offer, including a 5K, 10K, 20 mile or half marathon.

The races were held on the world famous Goodwood motor racing circuit, home to the Festival of Speed & Goodwood Revival. The track is the only circuit in the world to remain entirely in its original form. The gates opened to the general public for the first time in September 1948, to host Britain’s very first post war motor race meeting at a permanent venue.

The weather conditions on the morning of the race was cold but sunny. The Marathon consisted of 11 circuits of the track, each approximately 2.4 miles long. Each runner had to endure a strong headwind at one end of the circuit.

Julian must have had a turbo fitted, as he smashed his Marathon personal best by 4 minutes 45 seconds to record an impressive time of 03:03:25. Julian finished in 52nd position overall and 3rd in the MV50 age category.

Derek, despite a nagging Achilles injury, clocked a very creditable time of 04:11:06 to finish 164th. This was Derek’s 45th marathon and hence is well on his way to the half century!

Derek commented, that the race was well organised despite the difficult situation. 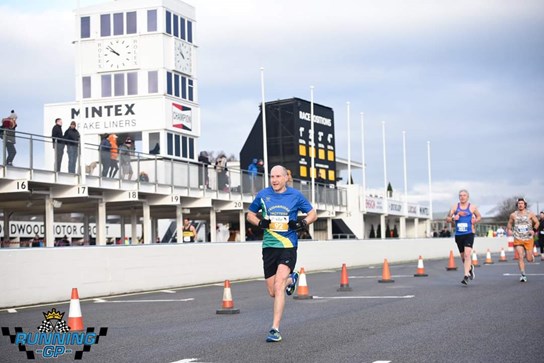 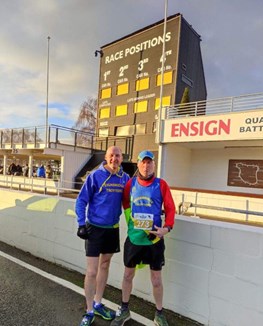 Trotters duo, Julian and Derek revved up and raring to go! 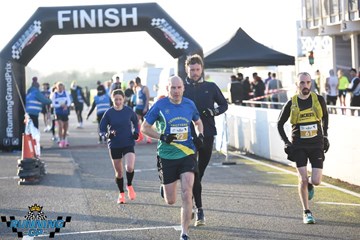 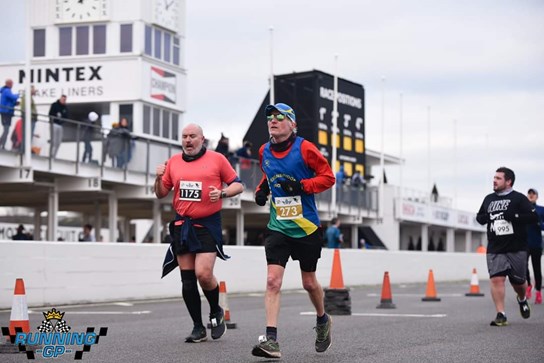