Teignbridge Trotters staged its annual John Scott Trophy event on Sunday 2nd December, which is a Trotters-only event. John Scott was Secretary of the club between 1984 and 1994, before later going on to become Chairman and President.

There is a twist to this event, as it’s based on a handicap where competitors start off at different times, with the aim of the runners finishing close together at the finish line. The 4-mile out-and-back course takes the runners from near the Sandygate Inn in Kingsteignton, undulating uphill towards Gappah before turning around and heading back to the finish. It’s a great course as the out-and-back nature of it means that runners are always in sight of each other so it ends up being a very sociable event, with some friendly competition between club mates thrown in for good measure. Entry into the event is a festively-wrapped gift of £5, and the first runner over the line gets to pick from the range of prizes first, before a meal back at the club’s home of The Rec in Newton Abbot.

This years winner was Kevin Besford, followed in 2nd place by Paul Johns with Sue Brown finishing in 3rd. 39 runners took part in the last club championship race of the season. 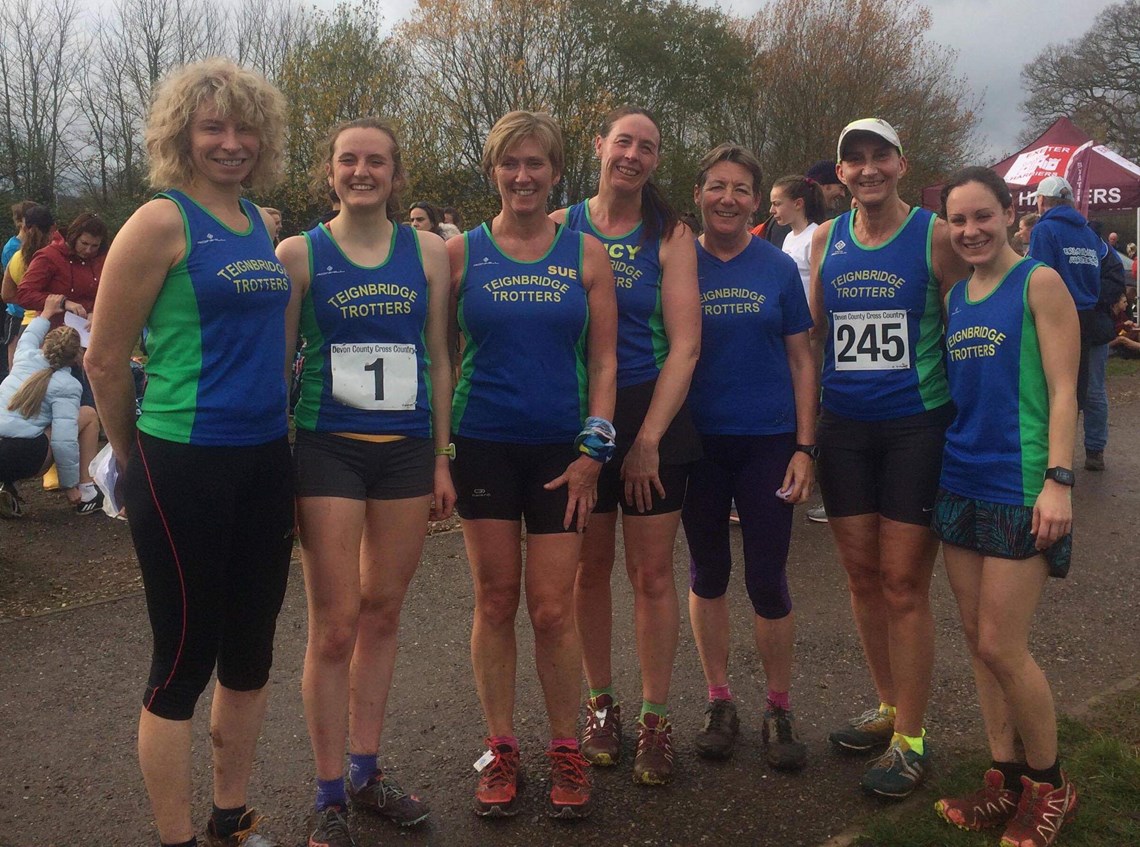 The third fixture of the Westward League Cross Country season saw the Trotters travel to compete at the Exeter Arena. The Devon County Championships were also being held at the same time, which mean't a high quality field was on show and fast run races. The weather was unusually mild for December, but with the recent heavy rain, the ground was soft with muddy patches.

In the women's event, 1st place went to Heidi Treganza with a time of 17:38. Tilly Woods was the first Trotter across the line in 23rd position with a time of 19:30. Tilly lies in 10th position overall in the Devon County Championships. Keep up the good work Tilly!

In the senior ladies team event, the Trotters lie in 19th place with 1103 points. In the Vets category, the women's team are placed 32nd with 151 points.

By the time the senior men's event took place, the ground had been badly turned over. Tim Pratt was the only male Trotter running in the event. Tim finished in 59th place out of 202 runners, crossing the line in a time of 33:41.

Wendy would like to thank all the Trotters who represented the Club at the event, some of whom ran in the clubs John Scott Trophy later in the afternoon! The next race in the calendar is on Sunday 13th January at Westward Hoe! 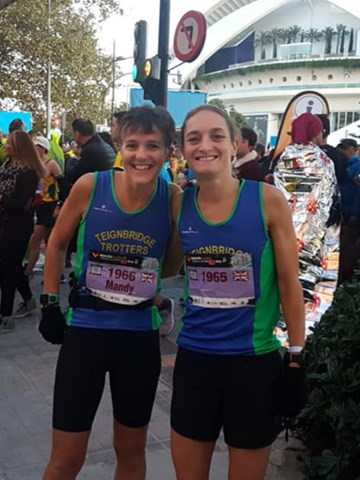 Mandy and Helen in Valencia

Helen Anthony and Mandy Wheeler travelled to Spain to compete, having trained particularly hard leading up to the event.

The route took the 19000 runners around the streets of

the historic city. A flat course, set up for fast times and didn't we get them!!. The runners were cheered on along the route

helping the runners achieve such great times. The

temperatures were perfect at race time.

Both ladies broke club records for their respective age groups.

Mandy sliced off nearly six minutes off the previous best and

Helen demolished the existing record in the age category by

You both deserved these times with the all the hard graft that you have put in!!

Kurt Read competed in the Endurancelife CTS Marathon in Dorset.

Run along the Jurassic coast path, with the start and finish at Lulworth Cove. A mainly off road event, the runners had to endure plenty of steep ascents and some narrow treacherous

paths. The weather was awful with very strong winds and rain to contend with.

Kurt has run this race twice before, but this was by far his slowest. This was down to Kurt having trouble getting a foot hold in places due to the conditions. 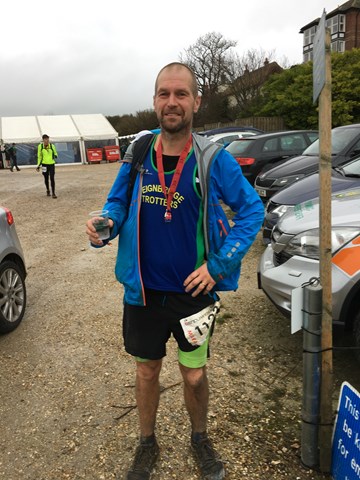