Kris Ward became only the 4th Trotter to complete an official 100 miler, having completed The Thames Path 100 on Saturday 5th September.

The start was situated at the new Richmond Waterfront. The race was a marked point to point, which took the runners from Richmond in South West London to Oxford. The course followed the meandering route of the Thames, over well-groomed paths and trails. The elevation was flat and fast. There were some stunning sections along the route, showing off the best of the English riverside and life on the Thames.

The overall elevation of the course was 1900 feet and the average temperature was 17 degrees with 80% humidity. The runners enjoyed dry weather throughout luckily. There were 13 aid stations.

Kris started well, covering the first 30 miles at 8:50 mins per mile. From here on in things went from bad to worse! Kris, reflecting back on the race blames his fast start for his ensuing problems! Unfortunately, Kris bypassed the route markers twice, to add three extra bonus miles to the journey! The runners were sent through a church yard just as the bride and groom were having their photos taken! It was all going on!

Kris found the aid stations tough places to leave due to how welcoming the volunteers were, on the way to Oxford. With great relief Kris thankfully crossed the line in 19:37:20 in the grounds of Oxford University. He finished in 27th position and firmly established himself as one of the Clubs great Ultra runners. 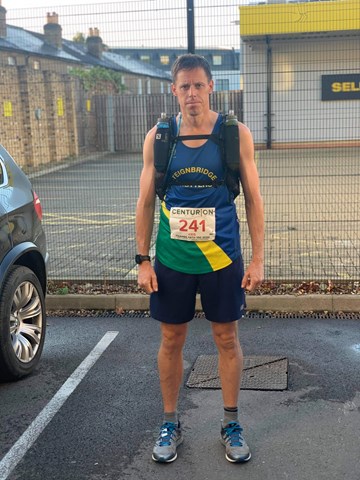 Kris all kitted out ready for the challenge ahead 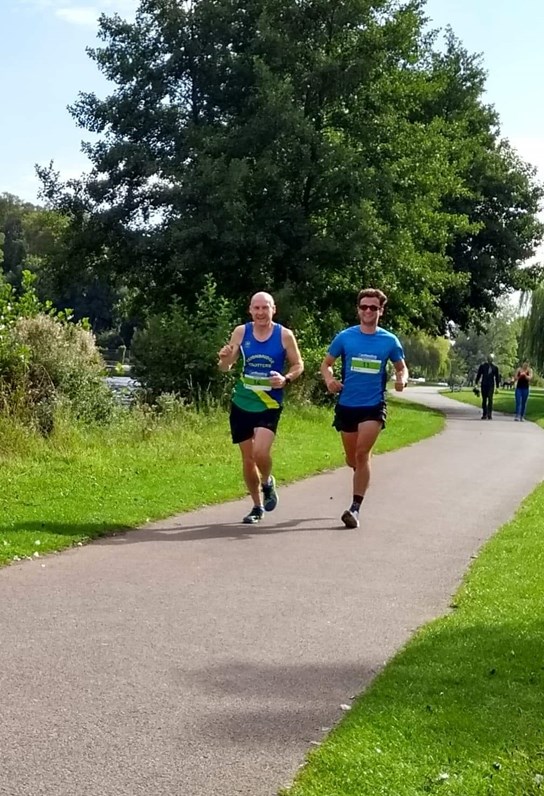 Julian Scanes on his way to an age category win

Julian Scanes made his race comeback at the RunReading Half Marathon on Sunday 6th September.

The start and finish took place at Mapledurham House, a medieval stately home with a water mill. There was a private open field near to the Thames where the race village was set up. The race was superbly organised, with social distancing being adhered to. Each pen consisted of five runners starting together at two minute intervals.

The multi terrain course proved to be a tough challenge, with gates to open, and steps to climb over a railway bridge.

There were 212 finishers. Julian was delighted with his performance and was pleased to put his hard training to into practise!