Kris Ward trails a blaze along The Plym

Firstandlastrunning staged their Merry Xmas Half and Marathon races on Saturday.

Situated on the edge of Dartmoor, the start took place at Clearbrook Village Hall. The runners set off with a short loop of the village, before heading down Cycle route 27 towards the outskirts of Plymouth, before climbing back towards the finish at the village hall. Marathoners had to complete this route twice!

Kris Ward, having just completed a nightshift, put that behind him as he set a new personal record while finishing third overall. Kris clocked a time of 03:13:49.

Sharon Sharples continued her good form, this time setting a new course record of 17 minutes!! Sharon ran with her husband Paul, finishing together in 24th & 25th positions respectively. Their time was 04:14:19.

Roger Hayes, well on his way to the magic 200 marathons, ran another very consistent and even paced race. Roger clocked a time of 03:24:17 to finish 8th. There were 47 finishers.

The winner was Richard Pedrick, representing SWRR. His winning time was 03:09:53.

In the Half Marathon, Eleanor Taylor was the Clubs sole competitor. Eleanor didn’t let this worry her as she stormed down the trail and backup again in 02:06:46 to finish in 28th place. There were 44 entrants. 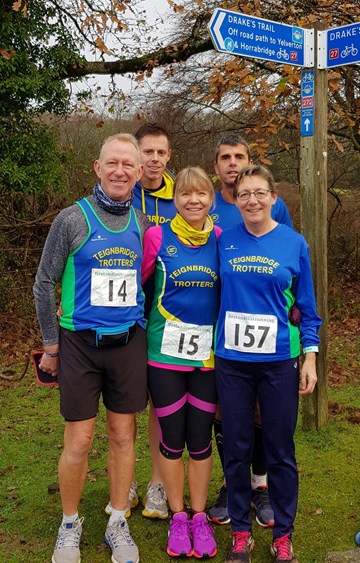 Trotters on The Plym Trail 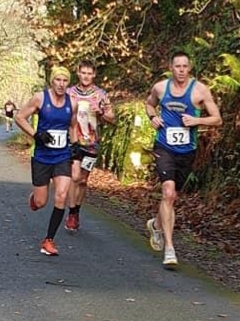 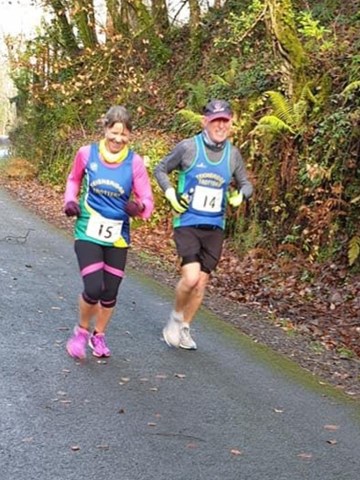 The Sharples keeping each other company along the Plym Trail 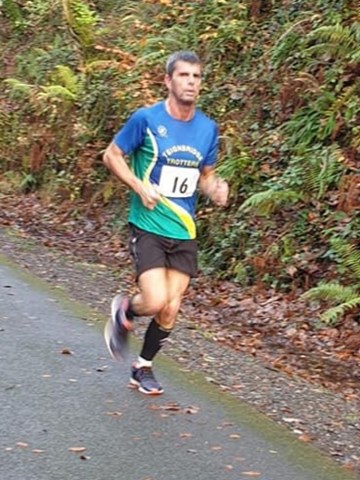 Roger Hayes in his comfort zone

The race was organised by a local Christian charity, Barnados Sports Trust. The money raised this year will be in aid of Mercy Ships, which will help fund hospital ships to sail to countries that desperately need medical help.

The Caper has been run since 2004, and is approximately 7.5 miles of mud and hills set in the grounds of the Cockington Estate. Fancy dress was an option!!

The race start and finish was at the cricket pavilion on a lovely sunny December morning. 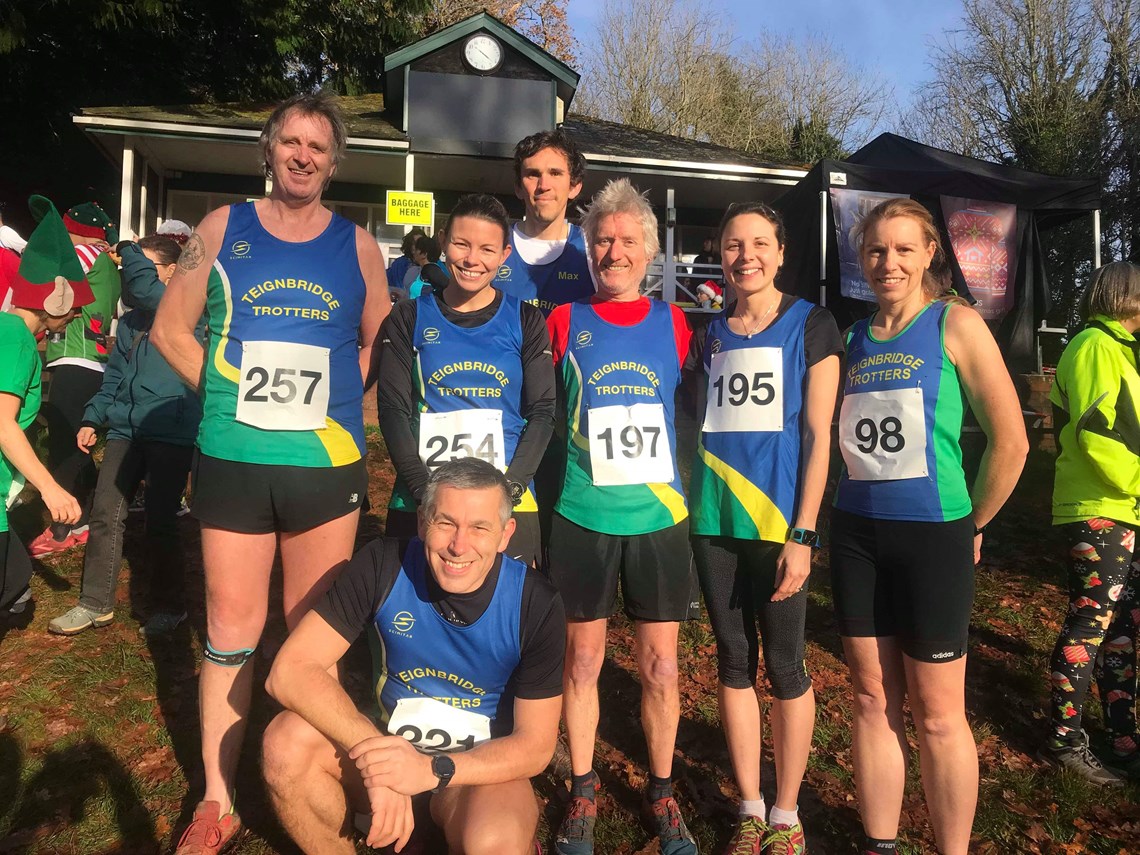 Trotters line up before Cockington Caper

Jason Trevenen, back from his holiday in the Far East, didn’t seem to affect his fitness, as he led our Trotters home. Jason finished in 40th position in a time of 01:09:57.

There were 229 weary finishers. Each runner received a medal and a mug for their considerable efforts.