Silverwear at the Muskie Madness

Jacki Woon and Paul Sharples took the plaudits for the Teignbridge Trotters as both won age group prizes at a sizzling hot Muskie Madness in Saltash at the weekend.

Hosted by Plymouth Musketeers on Saturday 30 June, conditions were hot on a very hilly 10k course which meant personal bests were highly unlikely, if not impossible.

After the race, Woon said: “A lot of us struggled with the heat. But ice pops at the finish were very welcome - and better than pasties which I hear were given in a previous year!”

The club’s also hosted the Sandygate Loop for club members on Friday in Kingsteignton. Over the four mile course, Kevin Woodward was first male home in 23:10 and in-form Jacki Woon was the leading lady in 28:24. 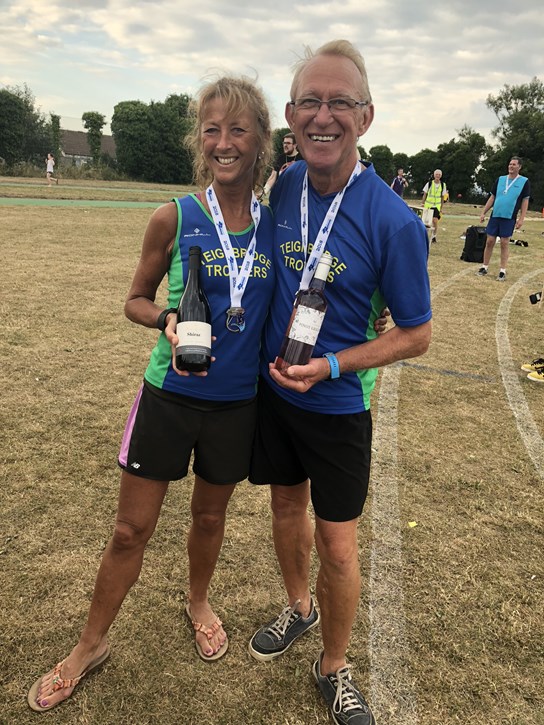