Gavin Forbes and Neil Pallant took on the East Devon 8 Trigs on April 17th. The event was organised by Climb South West. There were two distances to opt for, the 5 Trig (21 miles) or the 8 Trig (33miles). The weather was just about perfect as the teams and individual runners set off.

Eight of these triangulation pillars sit on a beautifully varied trail loop in East Devon. These pillars stand four feet tall and are used by the Ordnance Survey to determine the exact shape of the country. The route starts on Budleigh Salterton seafront and follows the South West Coast Path to High Peak trig point. Far reaching views from here extend to Berry Head to the South West Coast Path and Portland to the east. The 8 trigs continues on from here along the coast to Weston Cliff, before heading inland to Buckton and Beacon Hill trig. The next part of the route follows the East Devon Way with short diversions to Aylesbeare, Woodbury and Black Hill trig points. From here, they headed towards East Devon Golf Course and on to the West Down Beacon trig on the junction with the South West Coast Path. A downhill section from here took the runners back to Budleigh Salterton seafront and the finish.

Gavin & Neal ran as a team and completed the self-navigated test in 8 hours 55 minutes, to finish in 21st position. 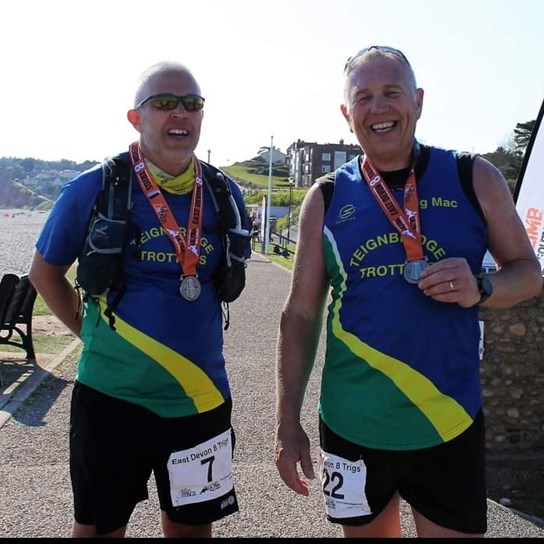 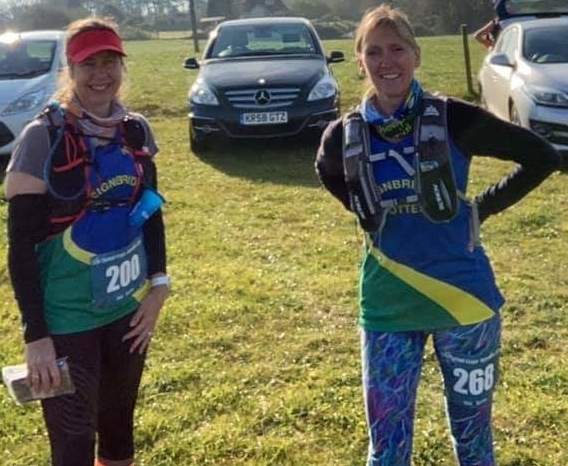 Karen O'Brien & Sue Tremlett all smiles at The Ooser Marathon

The Dorset Ooser Half & Marathon took place on Sunday 18th April, organised by Badger Trail Events. There was also an opportunity to run with your dog over both distances!

Both races started from an ancient thatched barn in a tiny hamlet of Turners Puddle, Bere Regis, in the heart of Dorset. The start took the runners uphill & then followed farm tracks, fields, trails that meandered through ancient woodlands & old historic drover routes. There were also short road sections which took the racers through picturesque hamlets, managed woodland tracks, heathland, over seven styles and two fords to negotiate all set in the glorious Dorset countryside!!

The Marathon route included 3km of short tarmac sections, the longest being 1km. The route consisted of thirteen hills, mounting to 1090 metres of ascent. The underfoot conditions were hard and dry causing dust to be kicked up. There were some runnable stretches to gather some pace, but not a race for the faint hearted with over 2,800 feet of elevation. There was a generous 8 hour cut off time.

The Half Marathon had a maximum of 2.4km of tarmac sections.

The event was brilliantly organised and the COVID precautions were in place to make the event a safe one. There were staggered starts depending on your predicted finish times. The marshals were all very supportive, on a warm sunny day with a cooling breeze.

In the Marathon, Derek Skinner was in his element, as he just loves hills! Derek finished in 83rd place in a very respectable time of 04:38:41.

Sharon & Paul Sharples ran together finishing in 202nd & 203rd respectively and within a second of each other. Pauls dipping technique proved pivotal as his time of 05:49:44 won the day. Sharon’s turn next time Paul??

In the Half Marathon, Ruth Johnson was the Clubs sole representative. Ruth dropped down to the Half as she was unwell on the Friday, having been formerly entered for the full marathon.

Despite Ruth’s fitness worries, she still put in a great performance to finish in 153rd place in a time of 02:32:30. A real gutsy effort. There were 272 entrants.

On Saturday 17th April, The Exeter Epic Trail 10K took place in the beautiful grounds of Escot House Estate. A true test for avid trail runners with 600 feet of elevation. The event was organised by Tough Runner.

Gavin Parrott was surprisingly the Clubs only runner on view. Gavin ran superbly well to finish 112th in a rapid time of 00:48:39. Gavin maybe the man to watch in the coming months going by that performance!

Gavin Forbes and Neil Pallant took on the East Devon 8 Trigs on April 17th. The event was organised by Climb South West. There were two distances to opt for, the 5 Trig (21 miles) or the 8 Trig (33miles). The weather was just about perfect as the teams and individual runners set off. 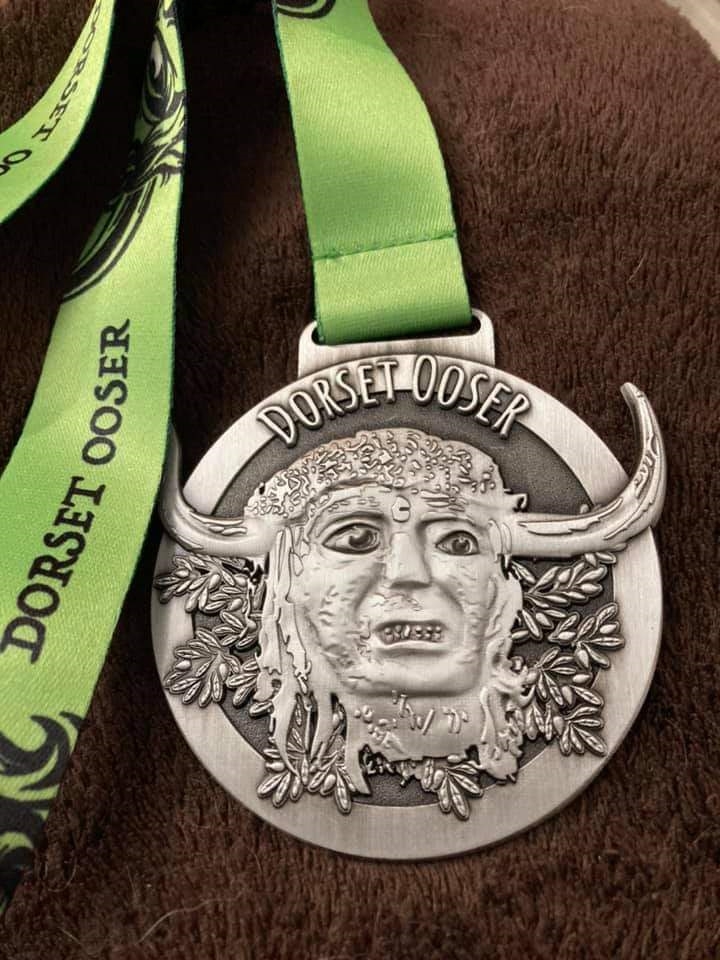