Collette Easton completed her first half marathon this weekend. Having only joined the Teignbridge Trotters four weeks ago she was keen to get an event under her belt. She chose the Lacock Half Marathon as her first venture. Taking place on fully closed roads through the picturesque lanes of the Wiltshire countryside, this flat course is ideal for the first timer and Collette did not disappoint! Finishing in 2:09:51, Collette placed herself 135th out of 205 finishers. As you can see from the picture, she was VERY happy to cross that finish line! Collette is looking forward to donning the club colours very soon!

Jim and Emma Donovan took a trip up the M5 for North Devon Road Runners’ 23rd version of the Arlington Court Canter on Sunday 9 June.
The 10k charts a beautiful if tough path through fields and woodland at the National Trust’s Arlington Court. The race includes a couple steep climbs to test the legs and lungs.
Jim clocked 55.10 for 64th place and Emma 1:02.47 for 138th. Al 272 finishers got a smart medal and a bespoke neck buff.

Jason Trevenen travelled to Yeovil to complete in the 2019 marathon. 188 runners took on the course this year resulting in Jason finishing in 62nd place in a very impressive time of 3:37:40. This was his second marathon event following Manchester in April this year.

Eleanor Taylor and Susanne Westgate took part in this year's Coleton Footacher. There were a total of 72 runners for this event which takes runners on a 6.3 course along trails towards the coast path near the national Trust house. Enjoyed by runners and spectators because of the views. Eleanor Taylor finished 45th in a time of 01:17:19; with Susanne Westgate finishing 49th in 01:20:34.

Craig Hobson and Kate Blackmore ran the Rocky Horror Trail Run 10k in South Milton, Devon. Organised by Wild Running Events there were 31 finishers. Craig finished in 1:04:26 (17th) and Kate in 1:05:17 (18th). This was Kate’s first trail race and she did amazing. According to Craig, she would of been quicker but he kept shutting the gates so she couldn’t over take him!

James Saunders ran the Saltash Half Marathon. He was the only Trotter to take part this year, describing it as perfect weather for running; dry and bright. Tamar Trotters organised the race well, with very supportive marshals. The race was a real test of endurance, with lots of hills to climb. The elevation totalled 1200 feet in total. He finished in 16th place, in a time of 1:34:24, a new PB by 1 min 35 secs. There were 136 runners overall.

Oli Prouse was the only Trotter to take part in this year's Man vs Horse event. Celebrating it's 40th event, the 22 mile trail run pits two legs against 4 legs. There are several points where the horses are required to have vet checks allowing for exciting moments where runners over take the horses. With a substantial prize if man beats horse waiting at the finish line this popular event sold out within 2 hours! The route involves beautiful welsh countryside consisting mainly of hills, mud and water crossings! Oli finished 594th in a time of 4:46:31. There were 767 finishers

Collette completes her first Half Marathon! 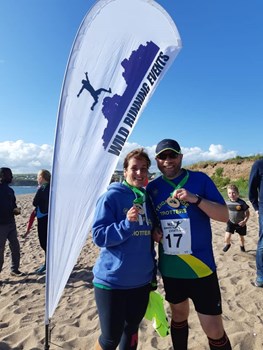 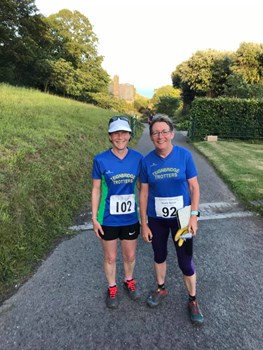 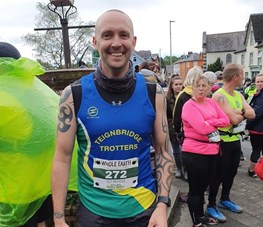 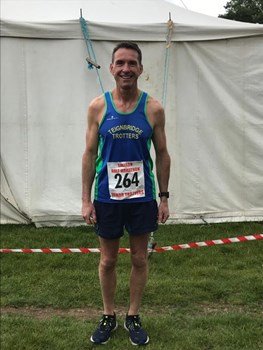 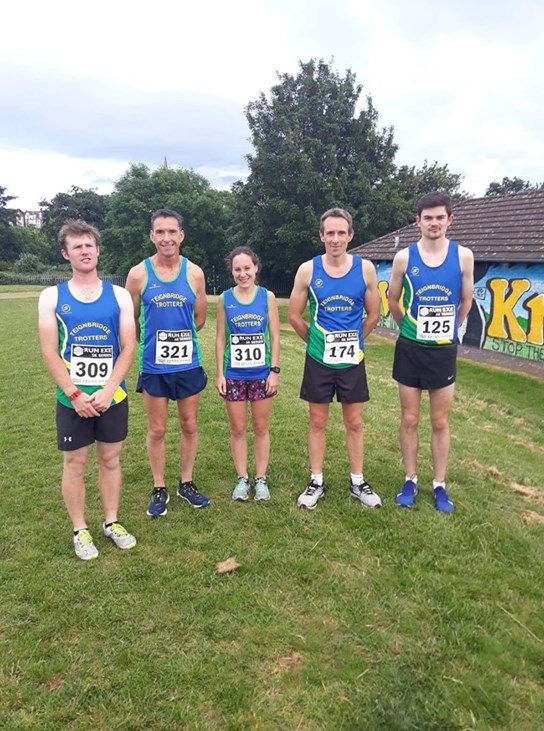 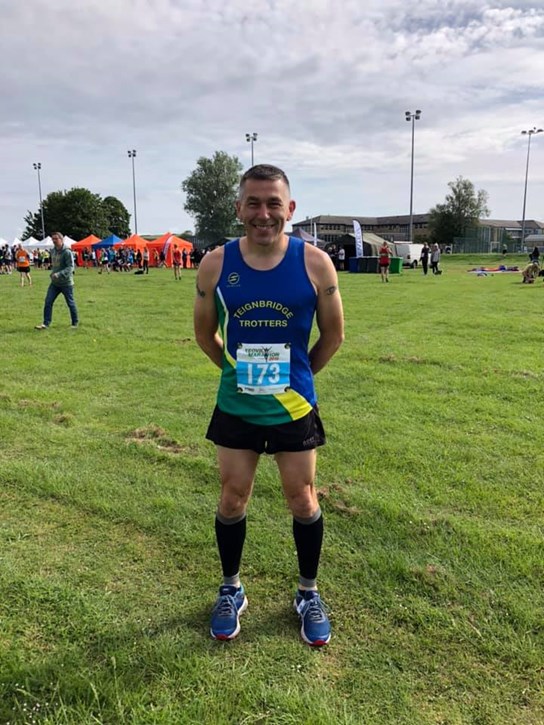