Newton Abbot, 5 June, 2015 — Impressive performances from two runners new to the Dartmoor Discovery (DD) on Saturday (4 June) meant that the men’s and ladies’ trophies went to DD newcomers for a second successive year.

Torbay AC runner Simon Longthorpe, the overall winner, completed the challenging 32-mile course in 3:48:01, while Holly Rush of Avon Valley Runners took the ladies’ trophy with a time of 4:03:15. Saturday’s DD was Longthorpe’s first ultramarathon. Rush was tantalisingly close to the female course record of 4:02:36.

The conditions, in true Dartmoor style, asked much of the runners. The race started with cool temperatures and an overcast sky. But, after two hours, the temperature and humidity rose significantly, taxing the resilience of participants.

Michael Robinson, of the MudCrew Trail Runners, was second overall, in 3:56:23. Robinson and Longthorpe had tussled for the leadership before Longthorpe eventually drew away after the marathon point. Marshall Milton Keynes athlete Gary Blaber came third, crossing the line in 4:02:48. First lady Rush claimed fourth place overall, underlining the high quality of her performance.

The DD, which starts and finishes in Princetown, is organised by leading South West running club the Teignbridge Trotters. Renowned for breathtaking views, equally breathtaking hills and weather that always surprises, the DD is the UK’s longest single-lap road race. The event has been steadily growing in popularity since 2010, when the Trotters took over its organisation. This year, 195 finishers crossed the line, out of a record starting line-up of 217 runners.

Teignbridge Trotter Chairman Roger Hayes, who is also the DD’s Race Director, said: ‘It was great to see local man Simon win the race. His achievement was all the more impressive because this was his first DD. I had high hopes that Holly, a GB international runner, could crack the ladies’ course record but the final hill up to Princetown reduced her to a walk and she missed it by just 39 seconds. She’s got the DD bug, though. She told me she’d be back next year to have another go!’

Roger Hayes said: ‘I was thrilled to see the Trotters win the male team trophy, particularly as two of winning three members had never been a part of a previous winning Trotter team.’

For Teignbridge Totter Mark Wotton, Saturday was a very special day. As he passed the marathon point during the DD, Wotton became a member of an elite band of runners – those who have completed 100 marathons.

Roger Hayes said: ‘Mark’s fantastic achievement really topped off my day. It took him 35 years and 257 days to get his 100 – he ran his first marathon in 1981. But that’s Mark for you. He has never done anything in a hurry!’

Staging a 32-mile race across Dartmoor presents a huge logistical challenge to the organisers. An estimated 150 people supported the runners as they tackled the moor. Specialist teams from the Dartmoor Radio Club, Medical Events Training Services and The Massage Clinic worked alongside scores of volunteer marshals, timekeepers and caterers. This year’s race was sponsored by Dartmoor Brewery, the Road Runners Club, M.Way & Son, the Ilsington Country House Hotel and Sibelco.

Thanks to Nigel Penwarden and Rod Payne for the photos 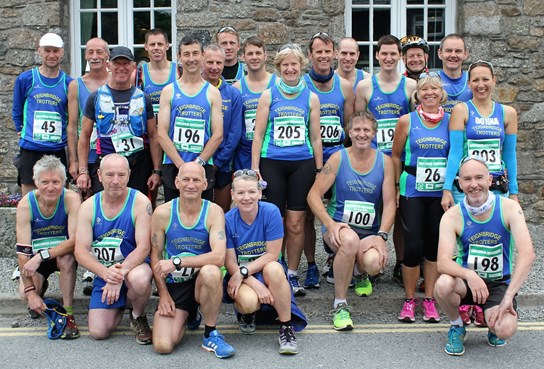 All smiles before the start of the DD 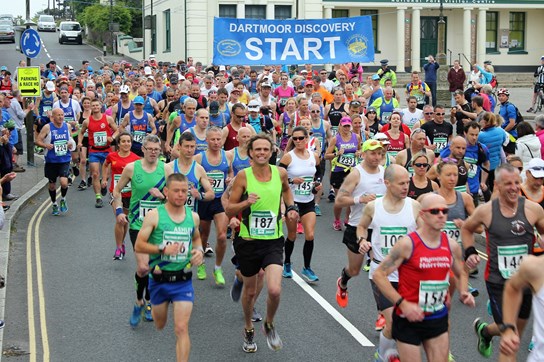 217 hardy soles head off into the unknown! 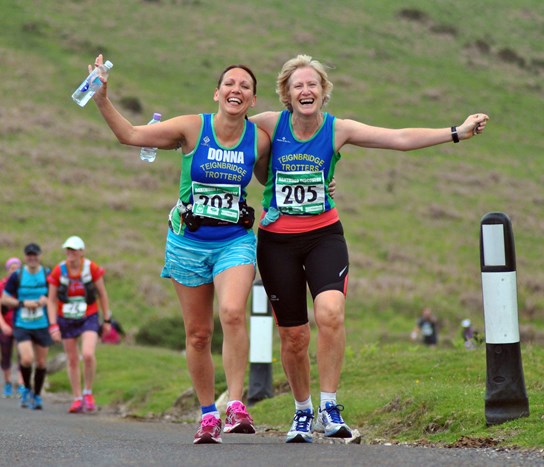 Donna and Ruth having a ball 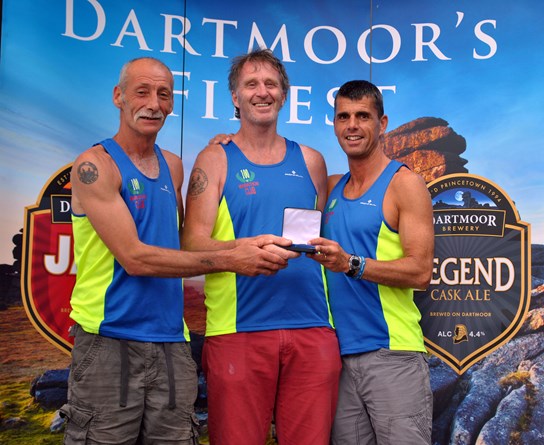