The facilities in the park are geared around water sports, with a white water rafting section, and a large lake, which the race was ran around. The facilities at the park were used by some teams to practice for London 2012, and Graydon said it was brilliant to see those facilities in person.

The marathon course was 8 ¾ laps of the lake, ran on flat, good quality tarmac paths, with a Half marathon being ran at the same time. The nature of the course meant that runners were on different laps depending on what their pace was, so it made it a very social and friendly atmosphere.

Graydon was delighted to go under 3:30 for the first time, with a 3:29:40 for 46th place out of 218 in the marathon, which is 31 minutes off of his marathon time this year.  He enjoyed the turkey and cranberry baguette that was on offer after the race, before making the 4.5hr journey back to Devon.  It rounded off a good weekend, as Graydon was also runner up in the “PR and Media” category at Friday’s Teignbridge Sports & Community Awards night.

Kurt Read took part in the EnduranceLife Coastal Trail Series event at Dorset on Saturday 2nd December.  It was Kurt’s second time doing the marathon, which takes runners along the Jurassic Coast Path.  The event is a very challenging and hilly one, although the views are spectacular.  Kurt commented that his legs were like jelly at the end, but he still managed a very good 5:04:14 for 38th position out of 159 finishers. 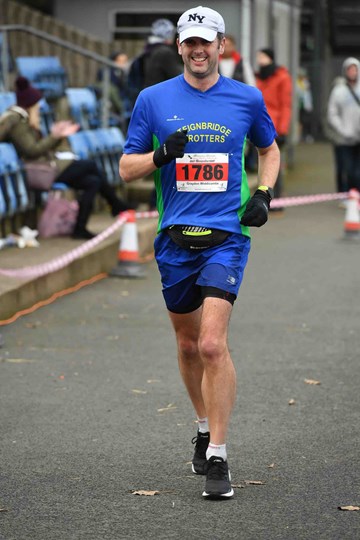 Graydon in the finishing straight at Nottingham Christmas Marathon 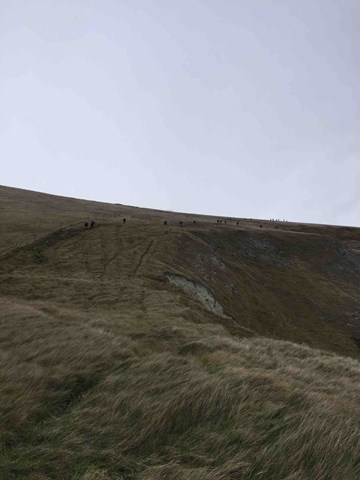 One of the monster hills at Dorset CTS