This weeks report starts with two events that took place last weekend. On Sunday 7th October Linda Cooper ran the Basingstoke Half Marathon. It was Linda's first half marathon and also the furthest that she has run and was also only her second ever race (the first being the Dornafield 10k). Linda joined the Trotters in January, and shortly after decided to enter the half marathon in memory of a colleague that she lost to cancer. Linda arranged a team of friends to run the race with her and collectively they raised over £2k for Macmillan Cancer Research. The route was quite hilly with an overall elevation of 827 feet. Linda admitted to feeling nervous before the race, but was delighted to finish in a very respectable time of 2:06:10 to finish in 616th place. There were 956 entrants.

Linda has felt really supported by the Trotter family on her journey from a beginner at the start of the year to what she is now achieving! A special mention must go to the absolutely wonderful Caroline Clark, who has encouraged and advised Linda and dragged her up countless hills in preparation. Thanks must also go to the many lovely Trotters that she has run with at the weekends and on Monday evenings. Well done Linda for all your efforts and raising such a large sum of money for such a worthy cause.

Also last Sunday was the first round of the Charles Stanley Westward Cross Country League held at Central Park, Plymouth. Weather conditions were glorious with temperatures reaching 17 degrees and good under foot, unlike last year when there was hail and very muddy conditions!! Five lady Trotters travelled down to Plymouth with one solitary man!! Well done Roger Easterbrook.

On Saturday 13th October White Star Running held the Chase Marathon in the lovely village of Sixpenny Handley in Dorset. Storm Callum may have caused other events to be cancelled but not this one! In fact after a prolonged downpour before the start the runners had a dry race, although quite windy.

138 runners started this marathon which was described as an "out and back" mostly off-road trails and tracks with the odd turnip field thrown in! Fantastic views along the ridges and the wooded paths made for comfortable running.

Now WSR events are known for the mileage being "-ish" but an extra 3-4 miles!! This did not deter our gallant Trotters especially Sarah Allen, Richard Keatley, Suzie Mills, Karen O'Brien & Amy Robson reaching the half way point known by WSR events as the Love Station. Set in a beautiful ancient wood the runners were greeted by a bevy of lovely ladies dressed in 1920 fancy dress and a very dapper man. The ladies gave each athlete a big kiss with very bright red lipstick to signify that they had gone through the half way point. There was mulled wine and lots of lovely snacks which were most welcome. After the race it was noted that the fancy dress characters were in fact a team of nurses, doctors and paramedics that very surreptitiously check whether there are any indications that a runner may not be safe to continue for example dehydrated.

The second half of the race, 14.5 miles or so really proved tough for the field, but true guts and determination pulled our Trotters through to the end.

The total distance of the race was just shy of 30 miles... some would say an ultra but apparently unless its listed as an ultra when you start it doesn't count!!! The route was easy to follow and even with Storm Callum trying to blow down the direction signs, the runners were not to be defeated. The race was extremely well run with a truly dedicated and experienced team of marshals.

On Sunday 14th October, Gillingham Trotters organised the Gold Hill 10k in Shaftesbury, Dorset. Mark Wotton was the Trotters only representative. The race started at Shaftesbury School at 100: am. A single loop route that took the field along scenic country lanes. The course was hilly and soon after the start the runners met the climb up the picturesque Gold Hill, made famous by by the Hovis advert!! The winner of the event was Chris McMillam from West AC in a time off 36:45. Mark finished in 155th position, clocking a time of 59:40. A record entry for this event of 240.

The Great West Run was also run on Sunday. The wind and rain made the already tough course even more testing. The route took the runners through the heart of Exeter, along pretty lanes, taking in the stunning views of Exeter. A stadium finish greeted the runners at the finish. 1st over the line was Peter Le Grice in a great time of 1:06:22.

Special mention must go to two of our female Trotters. Yasemin Jeffrey ran this race last year and recorded a time of 2:33:03, so an improvement of over 13 and a half minutes. Well done Yasemin. Also,a special mention goes to Louise Lee- Gammage, who today ran her first half marathon. Louise initially entered the race before taking on the couch to 5k training programme. Louise felt she needed some encouragement, so joined the Trotters. With the help of the coaches and all the trotters who pushed her, Louise was able to compete today in a very respectable time. On wards and upwards from here Louise. Also, Jason Trevenen recorded a new PB for the distance, his best previous time being 1:53:46. Quite an improvement in a short space of time. Jason puts his better times down to the support he now gets at the training sessions.

Four Trotters travelled up to York, to take part in Sunday’s Yorkshire Marathon. This event has grown in popularity over the last few years and is now a big event on the marathon circuit with 4229 runners taking part this year.Unfortunately, it rained for the entirety of the race, but the course had plenty of support with spectators braving the bad conditions.The race started at York University, and the first couple of miles took the runners into the town and past the world famous Betty’s Tea Rooms and the stunning York Minster Cathedral. The race then headed out into the countryside, before returning to the University where the runners were treated to a sharp incline at 25.5 miles, before dropping downhill to the finish. 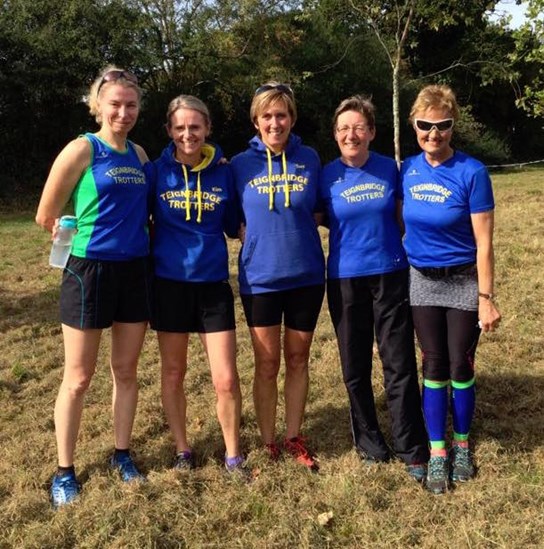 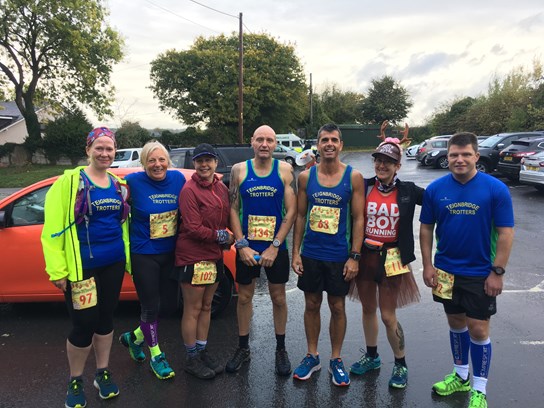 Sevens up at Chase Marathon 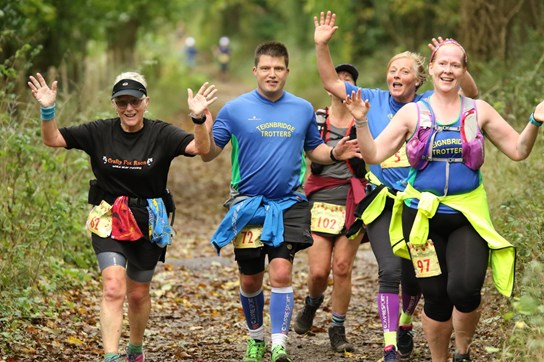 Trotters enjoying their day out at the Chase Marathon 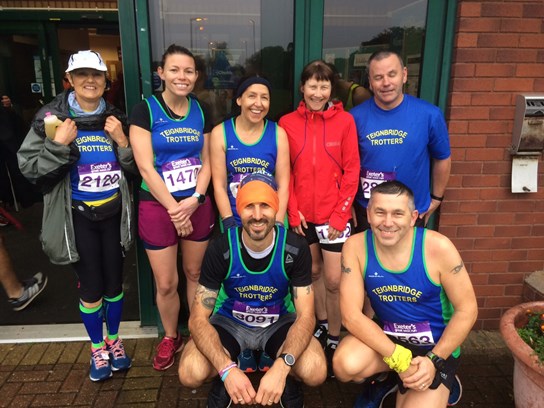 Team photo before the GWR 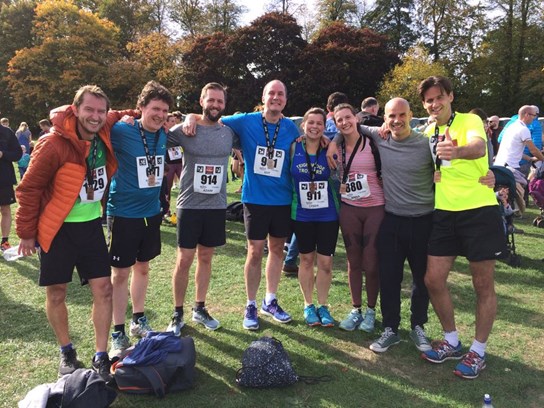 Linda and her team mates after running Basingstoke Half