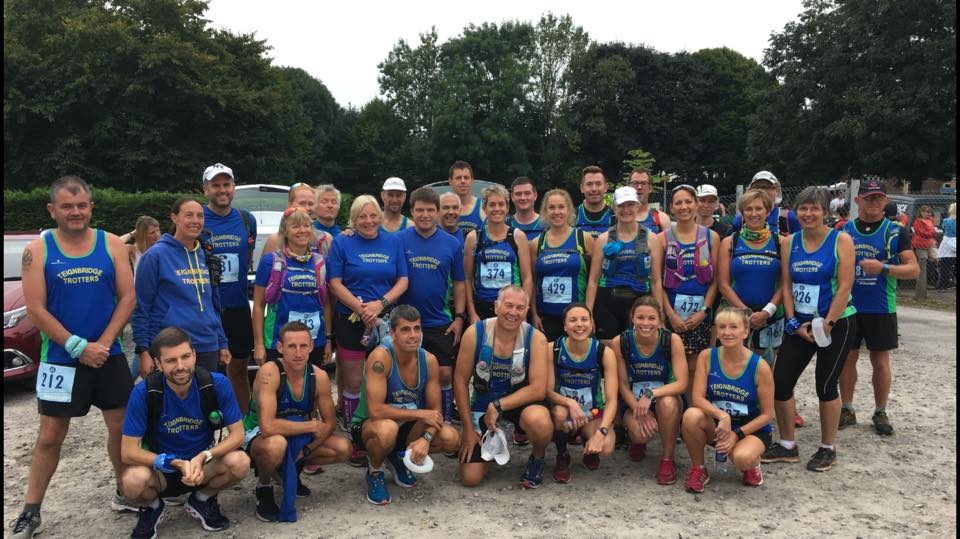 There was a huge sea of blue at this year's City to Sea event. The popular charity event, organised superbly by the Torbay Holiday Helpers Network (THHN), starts in the city of Exeter and ends on the beautiful Babbacombe Downs in Torbay. The route consists of 13 flat miles from Exeter to Dawlish - running alongside the estuary and coast roads before an undulating section of about 7 miles between Teignmouth and Shaldon. Once runners hit the quaint little village of Shaldon they then join the beautiful yet brutal South West Coast for 6 miles of hills, steps, hills and some steps before making their way to Babbacombe. Those brave enough to take on the Ultra Marathon aspect of this event take a different route at Watcombe - making their way down to Torquay Harbour before joining the South West Coast path again and heading back up to Babbacombe - finally crossing the finish line after completing 34 miles for this worthy cause.
The event is a popular one with the Trotters and whilst normally expected to be a wet day, this year's event was blessed with dry weather making the final section of the course better under foot. Finishers were rewarded with Hanbury's Fish & Chips, a tech t-shirt and a medal which looks like the best yet from THHN.

The current club record for the number of Trotters finishers in a marathon stands at 25 - now the official results have been released we have a new club record of 26 Teignbridge Trotters to finish a marathon; this number is not including those that entered the race as walkers, nor a member who was the sweeper - like all marshalling roles a very important one as this person ensures everyone is home safe at the end of the event. All entrants are included in the results below.

Kris Ward, taking on the Ultra Marathon challenge again this year, managed to knock off 14 minutes from last year to finish a staggering 6th in a time of 5:30:38.

This event was also the first marathon distance for some of our runners - Paul Dainton, Sara Allen and Emma Ray decided to make this their first, certainly not choosing an easy course for their first!

** A HUGE well done to all the Trotters that took part in this year's event - to support such a worthy which helps so many different people is what makes our club so special.**

Meanwhile, Roger Easterbrook took part in the Dartmouth Regatta 5 Miler event. This course features a juicy hill which keeps on going for 1 kilometre, and then still a few more ups and downs.
The event was praised by Roger, who was the only Trotter to take part this year, for it's great start and finish on the waterfront, its scenic route and the support from the crowds along the route. 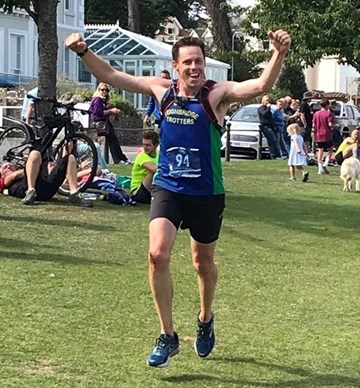 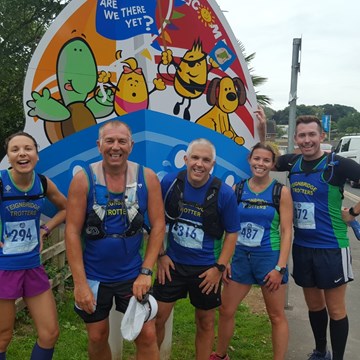 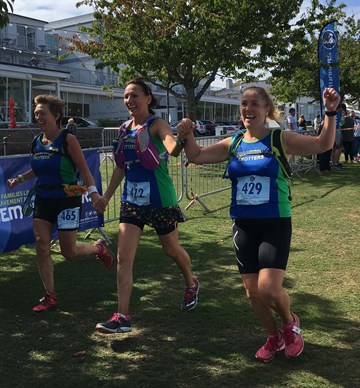