Trotters on Tour in Valencia

Twenty three Teignbridge Trotters boarded a Ryanair flight on Friday 29th November, to take part or support in the Valencia Marathon. This was the Club’s annual pilgrimage to take part in a European marathon. Valencia city is known as the City of Running. A 10K race was also held alongside the main event.

The majority of Trotters stayed in one hotel, while others booked Airbnb accommodation in the Old Town or other hotels close by.

The weather was warm and sunny on the eve of the race. The Trotters made their way to the Expo to collect their race numbers and goodie bags, before spending the rest of the day catching some rays on the beach or exploring the sights that Valencia had to offer. The Old Town was very picturesque, with the cathedral dominating the main square. A pre-race meal and drinks in a local Italian restaurant in the evening followed, with yet more drinks to follow before retiring to bed!

The Trotter’s awoke to clear blue skies and warm sunshine on race day. A bus transported some of our Club runners and supporters to the start. This journey proved just too challenging for two of our group!! What happens tour, stays on tour!!

Temperatures at race time was 15 degrees rising to 18 degrees. The route was lined with very excitable and supportive spectators. Live music, drums and DJ’s led to a great atmosphere along the comparatively fast, flat route. The finish is regarded as one of the most spectacular marathon finishes in the world, with the ornamental lake flanking the blue board walk at the architectural complex known as the City of Arts & Sciences.

All our runners ran great races and represented the Club superbly, giving their all.

The outstanding performance amongst our Trotter’s must go to Julian Scanes. Julian targeted this race and trained hard and prepared well in the lead up to the race. He reaped his rewards by setting a new personal best, as he clocked a superb time of 3:08:06. Julian took 00:1:05 off his previous best and finished in 3110th place. This time included two stops to the ‘little boy’s room’ along the way!!

Natalie Clare was our leading female finisher. Natalie ran a well-paced race to finish in 13035th place in a time of 3:57:17.

Joe Hornsby also put in an eye catching performance. Joe smashed his previous best marathon time by a staggering 00:26:50!! He clocked a time of 3:14:39 to finish 4076th.

There were two other notable performances where PB’s were set. Sara Keatley chipped 00:1:10 of her previous best. Sara’s new PB is now 4:52:14, and finished in 19956th position. Neil Rutley was pleasantly surprised with his performance, due to the lack of mileage in his legs. Neil sliced 00:3:13 off his previous best performance, to clock a time of 3:56:46 to finish in 12998th spot. 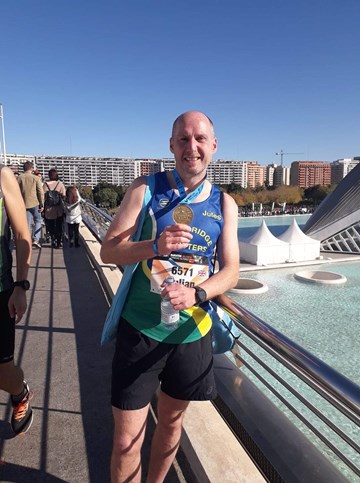 Making his marathon debut in a strong field, Ethiopia’s Atanaw clocked a time of 2:03:51 to win the Valencia marathon. His time was 5 seconds outside the fastest debut marathon, but was a new course record. Turkey’s Ozbilen, finished in 2nd place, and in doing so, beat Mo Farah’s European record, set in Chicago 2018.

In a race where a host of National records were broken, Paul Mingay set a new British Masters M60 record, posting a great time of 2:45:14.

Dereju won the women’s event, also breaking the course record, in a time of 2:18:30.

In the shorter 10K Valencia Trinidad Alfonso men’s race, Uganda’s Joshua Cheptegei broke the world record. The new mark is now 00:26:38. This was the farewell of the shorter distance race.

A wet Monday morning met the tired and aching Trotters. A quick breakfast before the trip to the airport, either by Metro or cab. A routine flight home, before heading back to Devon after a great weekend. Roll on Cologne!! 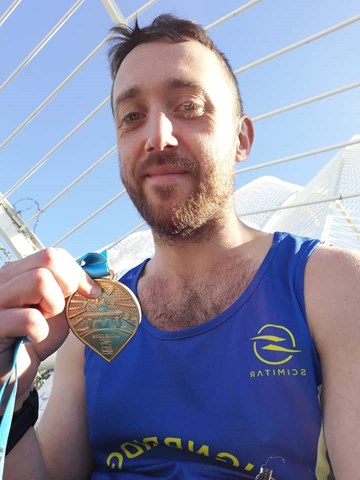 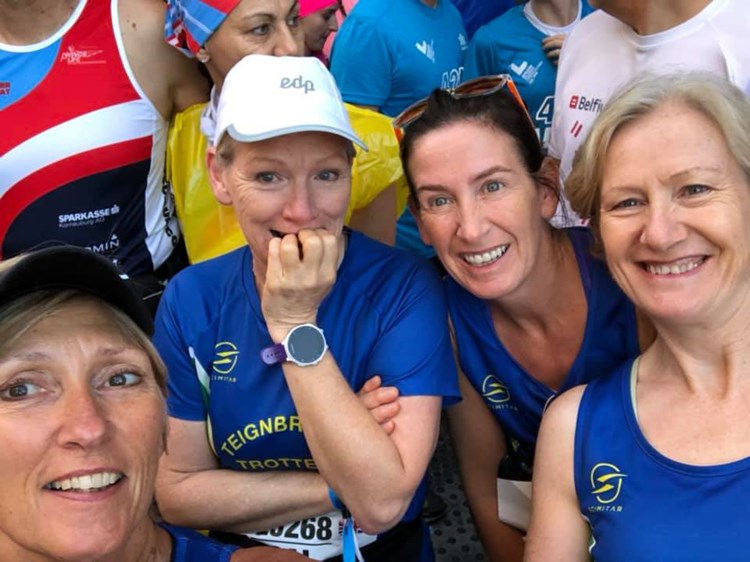 Ten Trotters took part in the third fixture of the Charles Stanley Westward XC League held in Exeter on Sunday 1st December. Alongside this event, the Devon County Championships was also run.

Weather conditions on the day was cold but dry, but heavy rain on the Saturday mean't that the ground was saturated. This provided very slippery conditions for all runners, but especially the men who raced on churned up mud from the previous run races. The female races was a 2 loop race, and the men ran 4 loops. 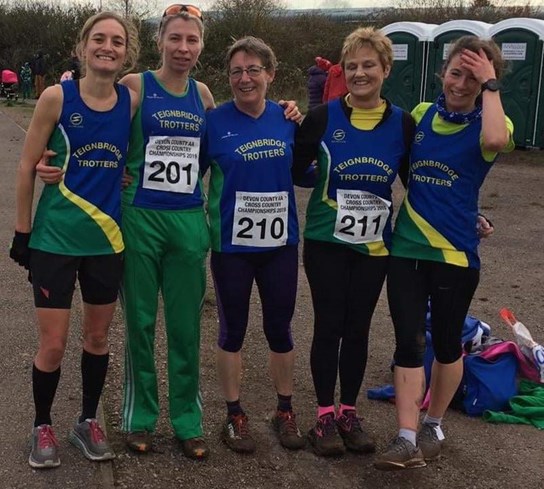 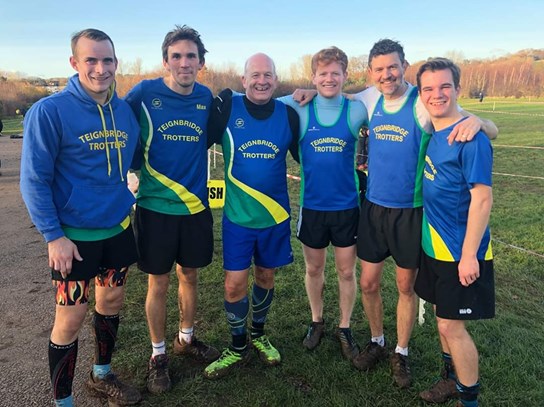 Six of the best at cross country event in Exeter