On Saturday 14th December, five hardy Trotters took part in Puretrails 3rd running of 'Race the Light'. The idea is to complete the course before it gets dark!

The 8.5 miler started on Mothercombe Beach, before heading across the estuary and up into the woods within the Flete Estate. It was an out and back course on really muddy trails with some steep ascents to climb along the way. The race started and finished crossing the Erme estuary, which proved quite testing in the thigh deep cold water and the strong under current.
First Trotter home was the ever improving Max Conroy. Max finished in 43rd position, completing the test in 1:18:48.
The other Trotters positions and times were: Jim Donovan (53, 1:20:13), Ella Bowles (94, 1:28:37), Ruth Johnson (102, 1:29:26), Sue Tremlett (175, 1:44:20), Sue Brown (177, 1:44:21).
There were 232 finishers.
Jonathan Gordon representing Warminster RC, won this popular event in 00:58:06. 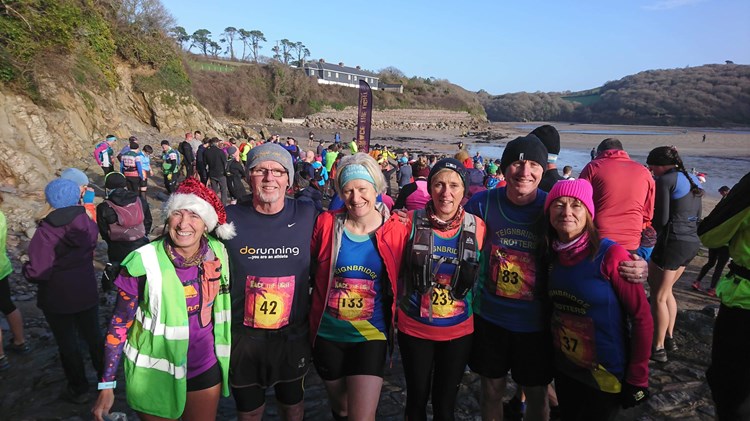 Trotters prepare to Race the Light 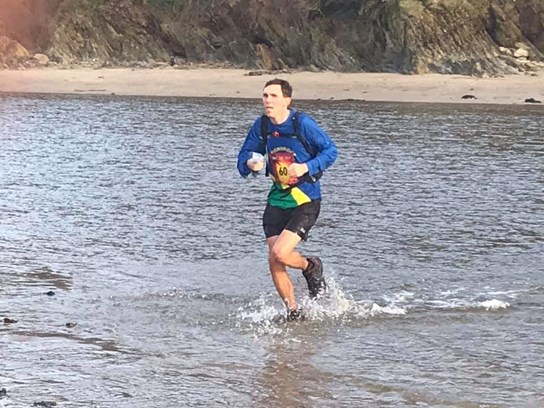 The 4th Round of the Charles Stanley Westward League XC took place on Sunday at Westward Ho.

Wendy Goldthorp. the Clubs XC captain, gathered the troops, and travelled to the North Devon coast.
The course ran parallel with the North Atlantic, so the runners had to battle a strong headwind, on top of a ver muddy and wet route.
This didn't seem to deter Helen Anthony, as she ran brilliantly to finish in 20th position, clocking a time of 00:25:06. This performance cemented her overall position of 2nd place in the FV40 league.
Wendy ran a captains performance to finish 43rd, in a great time of 00:28:08. This has put Wendy in 5th place in the FV45 division.
Eleanor Taylor crossed the line in 00:36:32 to finish 77th. There were 80 finishers. Heidi Tregenza won the round in a time of 00:21:44.
Daniel Graves was our sole male Club representative. Dan ran well to finish in 00:43:39 to finish 86th. There were 96 entrants, and Aaron Richmond from Bideford AC took the honours in a time of 00:30:59.
Well done to you all for putting in so much effort, especially the day after the Awards Night! 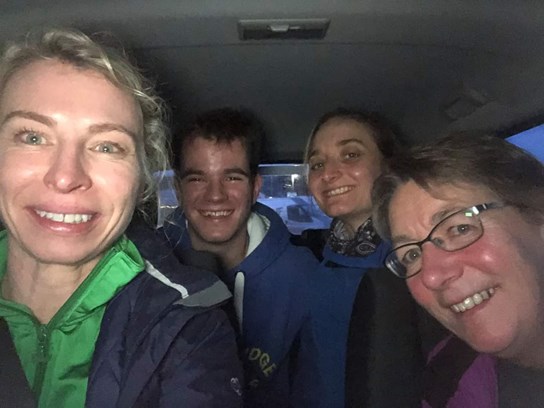 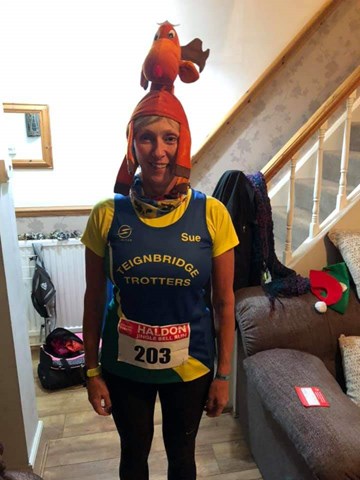 Sue Tremlett and Teresa Holmes took part in the City Run event, which comprised of a 5K and a 10K race. Fancy dress was an option, and Sue duly obliged!!
Our ladies opted for the longer distance, which was a two lap race along hard packed paths, rough forest tracks and grassy tracks. The recent heavy rainfall mean't that there were muddy stretches to negotiate, on a very undulating route with some steep climbs.
Sue Tremlett ran well, especially having attended the Awards Night a few hours before!! Sue clocked a time of 1:06:55 to finish in 86th position.
Teresa Holmes finished in 125th place, posting a time of 1:16:40.
There were 141 finishers.
Sam Hopton won the festive race in 00:38:29.

Peter Hayward travelled to Lanzarote for the Marathon on Saturday 7th December.

There was a choice of three distances, the marathon, half marathon and 10K. The marathon was an out and back course, starting from Costa Teguise and following the coastline to Puerto Del Carmen, before returning back to Teguise. The marathon started at 8:00 am allowing for the runners to get quite a few miles under their belts before the temperature really started to rise.

The course was surprisingly undulating, with many of the hills coming towards the end of the race. However, the biggest challenge was the headwind that all the runners had to battle with as they headed back to Teguise. This was particularly tough between 13 and 17 miles in the marathon as the route was quite exposed and adjacent to the airport.

Peter finished in a great time of 03:49:17,his fastest time since Paris back in 1998!! Peter commented, that his training block went well. He finished 9th in his MV 60 age category.This was also Peters 50th race in a very busy 2019. 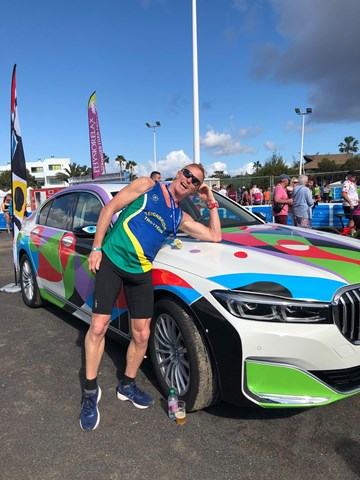