The Plym Trail is situated within an AONB on Dartmoor National Park, surrounded by stunning forests and valleys. The trail follows the historic railway from Coypool in Plymouth to the small picturesque village of Clearbrook.The start took place at Clearbrook Village Hall. The runners set off with a short loop of the village, before heading down Cycle route 27 towards the outskirts of Plymouth, before climbing back towards the finish at the village hall. Marathoners had to complete this route twice! 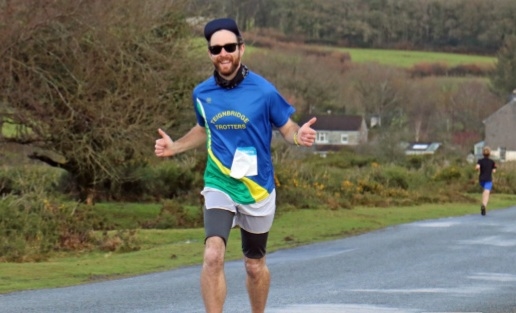 Weather conditions were dry and bright on the Saturday, with the odd sharp shower.

James Kerr was the clubs sole representative in the 13.1 mile event. James followed up his 3rd place in the autumn races, by winning this time round. James led from start to finish, clocking a great time of 01:41:21. There were 24 finishers. 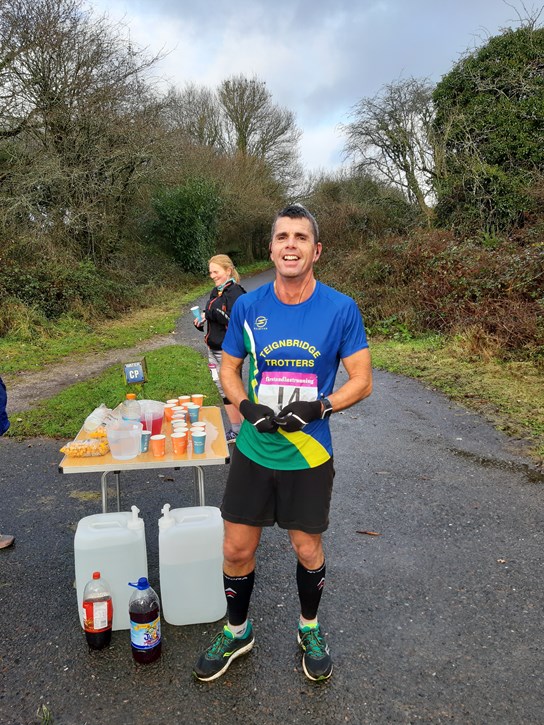 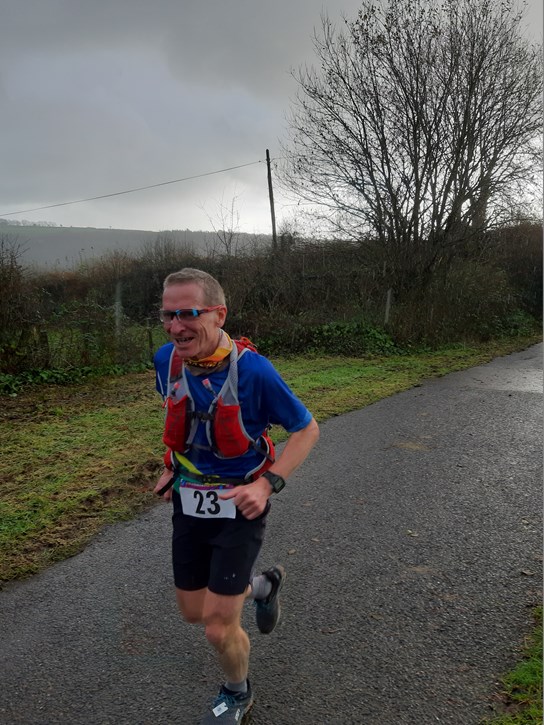 The weather on Sunday was in complete contrast to the day before! Strong winds and persistent rain from the start made for difficult racing conditions. This didn’t deter our Trotters from all putting in encouraging performances!

James Saunders finished 2nd in the Half marathon, clocking a time of 1:30:52. This time was also a course PB, improving his previous best set in October by 37 seconds.

The race was won by Plymouth Musketeer, Scott Mansfield, taking the honours on his birthday in a rapid time of 01:24:21.

Kris Ward ran superbly, to win the race in a new personal best of 03:09:42.Kris smashed his previous best by 00:04:07. A truly great performance from one of the clubs best performers in 2020.

Shaz & Paul kept each other company wearing their festive fancy dress! They both finished rather bedraggled in their Santa attire but still finished 14th& 15th in very respectable times of 04:57:35. 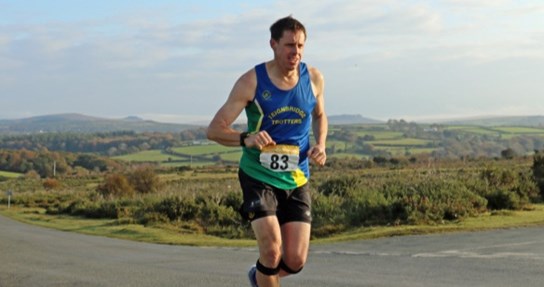 Kris Ward on his way to a new Marathon PB 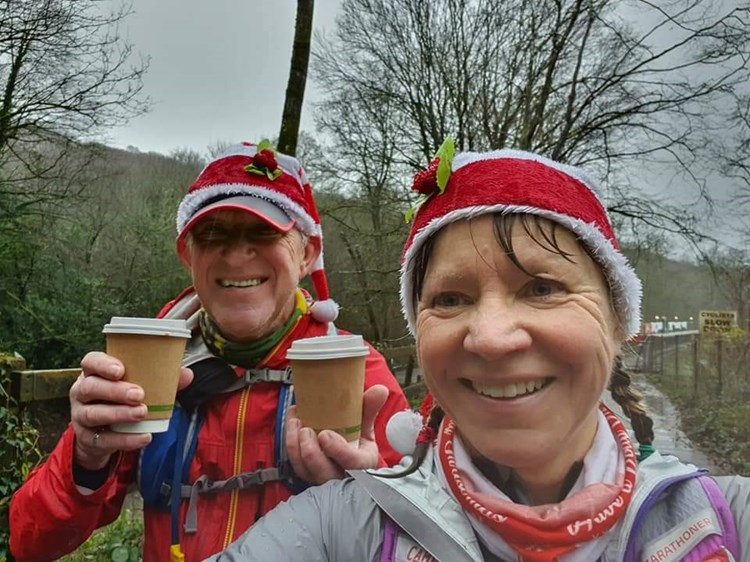 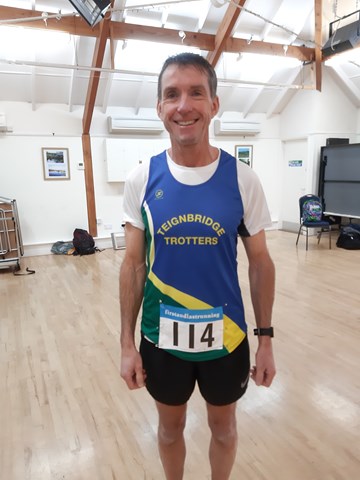 James before venturing out for the strat of the Half Marathon