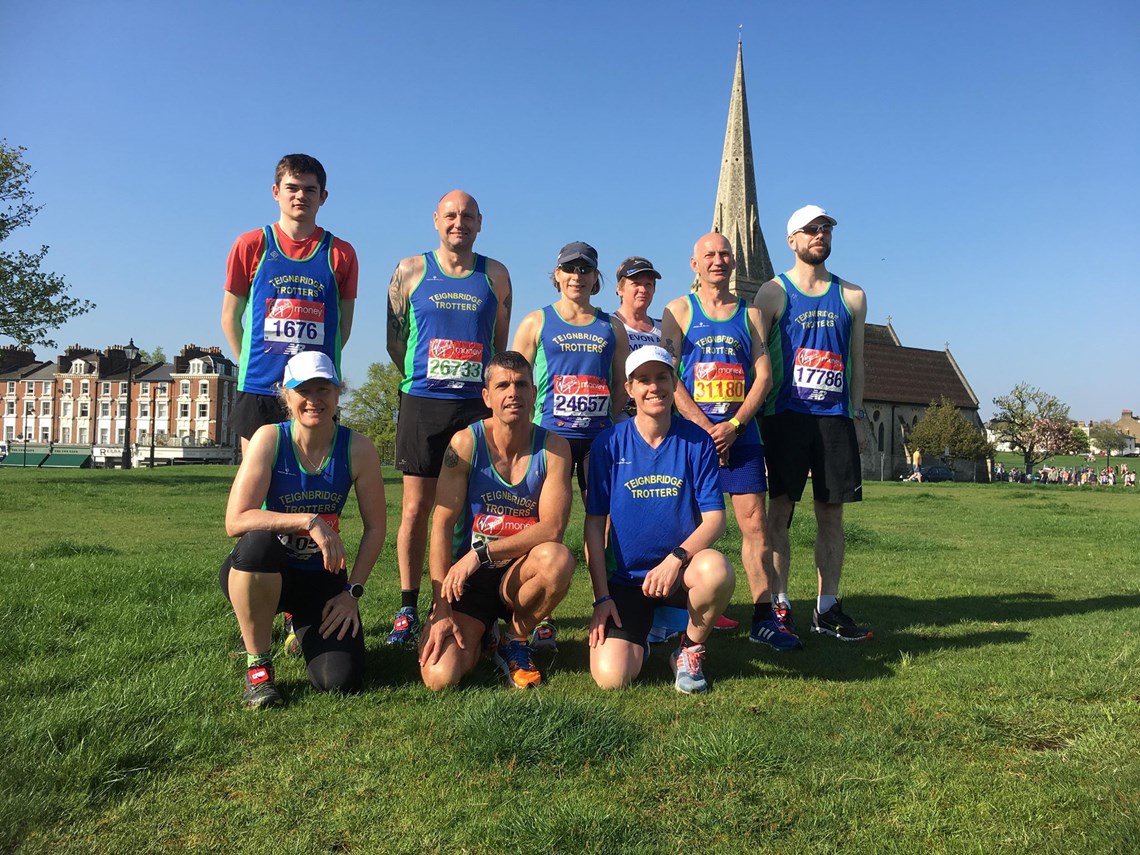 Some of the Trotters at the London Marathon

News reports state that this was the hottest London Marathon on record with temperatures reaching 24.1C - with actual temperatures being hotter on the course from other competitors and the heat absorbed by the roads. Emphasis was put on the runners staying hydrated throughout the event before the race was officially started by the Queen at 10am.

Trotters back in Devon were eagerly watching the live coverage to spot the blue vest, whilst others were following runners on the app - giving a real buzz of excitement for those of us at home!

Kurt Read led the blues home in a fantastic time of 3:19:59 - in what has been described as a good warm up for the Dartmoor Discovery. Once Read had crossed the line, it seems he opened the flood gates for the Trotters as 5 others crossed the line minutes apart!

Pete Kirby celebrated his recent 69th birthday in true style by running his third consecutive marathon in April - this marathon being a little slower than the last two but very pleased to finish considering the conditions. Robert Cooper ran his second ever marathon today, whilst he suffered severe hydration issues, he was blown away by the whole experience!

A fantastic array of results from the Teignbridge Trotters in tough conditions at a very iconic event!

Mark Wotton completed the South West Head to Head Half Marathon on Saturday 21st April. The race starts in the South Hams at East Soar and then heads out through Bolberry across fields, country lanes and bridleways, then on to South Hursh before heading into the village of Hope Cove. Here you join the coast path heading steeply up to the cliff top and then along the path all the way to Overbecks House, around the National Trust property, before heading back up to the finish.

Mark said this is probably the toughest half he's ever done with only the first 4 runners getting under 2 hours and the added factor that it was a very hot day but with stunning views. Mark finished the half in a very respectable time of 2:53:59, placing him 83rd out of 125 competitors.

The Southampton Marathon was Richard Keatley's 96th Marathon to date - a two lapped course with lots of scenery to take in along the way - including a main bridge which he had to cross 4 times and a football stadium he went through twice! The heat was a major factor in this event with many runners collapsing during the first half. Richard completed the marathon in 4:43:16 placing him 692nd out of 1070 runners. 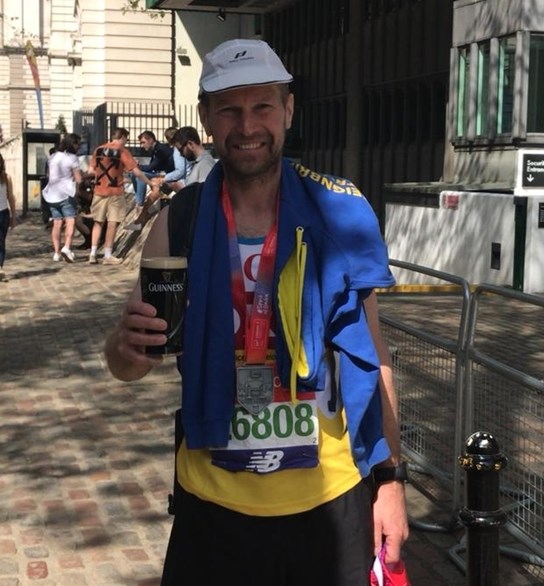 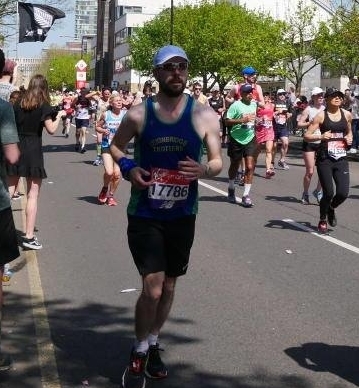