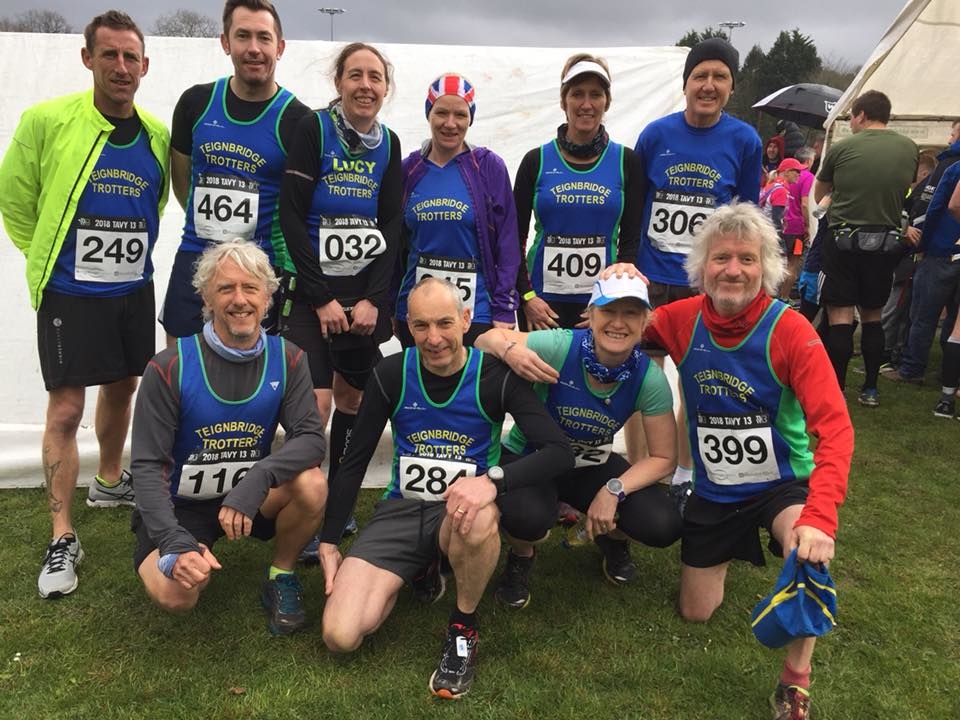 Some of the Trotters at the Tavy 13

On Sunday 15th April, 21 Trotters took on the popular event, rescheduled due to the snow on the 18th March.

On an already tough course - starting and finishing at Tavistock College, the route took on the roads and hills of Tavistock. The first 7 miles mainly consisted of hills before levelling out and the eventual descent in the last 5. Conditions were tough on the day with strong winds that made the already challenging route that little more difficult. It has been described as a nice route with some lovely countryside, but unfortunately not the best weather conditions to enjoy it in on this occasion - better than snow though!

Geoff Davey was the first Trotter home in a time of 1:28:11 - placing him 9th out of 373 runners and bagging 2nd place in his age category. Geoff recalled it being hard at mile 8 and mile 12 requiring a bit of digging in to get through. Trotters achieved second prize in both the male and female team categories - the male team made up of Geoff Davey, Duncan Knight and Alan Boone. Jacki Woon won 1st place in her age category whilst also winning 2nd place in the ladies team prize along with Sarah Pike and Jo Randall.

The Trotters were very grateful to the organisers that it was able to be rescheduled. 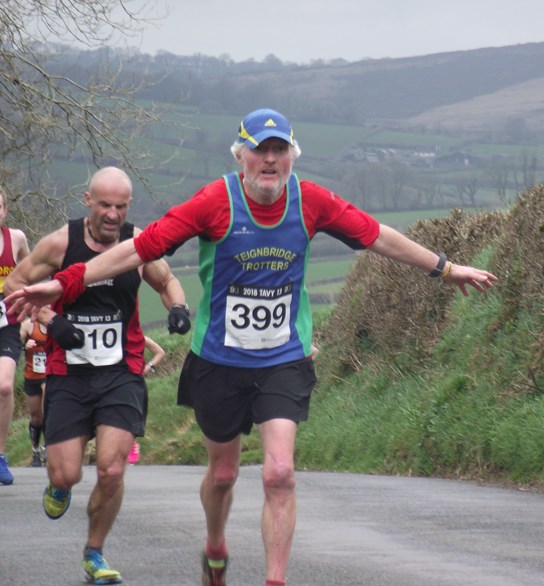 Graydon Widdicombe travelled to Llanelli to take part in the Great Welsh Marathon. The race started in heavy rain, although that did ease off a bit, and the course essentially comprises of two out and back sections, each done twice.

The event is ran mainly along the coast and takes in the Millennium Coastal Path, and the nature of the course meant there was a very strong head for about half the event, which made the going very tough indeed.

Meanwhile, flying the flag for the Trotters, Mark 'Wurzle' Wotton ran the Honiton Hippo - a multi terrain event of 7.5 miles that starts and finishes at Honiton Primary School. The race started in heavy rain. The first mile was up a very steep hill before turning into the muddy woods - making it hard to stand up at times. This theme continued throughout the event - even adding in 2 waist deep river crossings before crossing the finish line! 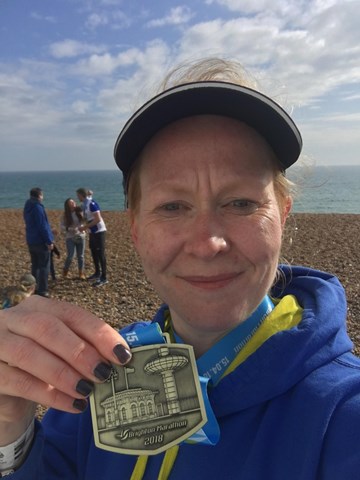 Pete Kirby and Suzie Mills ran the Brighton Marathon on Sunday 15th April, along with 19,770 other runners!

The marathon started warm and sunny which after this winter was definitely a shock to the system, Suzie started well and felt comfortable till about half way. The weather started to change and her running started to deteriorate. Despite this she was still enjoying the event though but claims the second half was like a completely different race for her - the crowds, the marshalls, the volunteers and the other runners were all so supportive it was brilliant.

Pete Kirby who ran the Manchester marathon a week previously, followed up by running the Brighton marathon. Pete thought the course in Brighton was more challenging than Manchester so was pleased to finish in 4.06.46. Weather conditions were good for marathon running & thousands of competitors enjoyed the huge crowds who came out to support them. 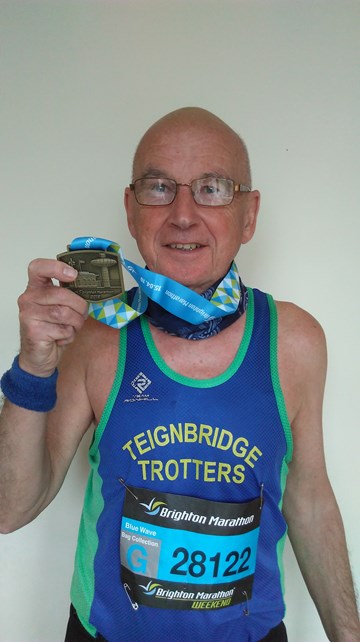