On Saturday 19th December, Puretrail organised the 4th running of 'Race the Light'. This race was the first of a series of three Nightfall races.The idea is to complete the course before it gets dark!

The 8.5 miler started on Mothecombe Beach, before heading across the estuary and up into the woods within the Flete Estate. The runners followed the meandering trails which were very muddy due to the heavy rainfall on the eve of the race. It was an out and back course with some steep ascents to climb along the way. The race started and finished crossing the Erme estuary, which proved very testing in the knee deep cold water and the strong undercurrent. Having overcome the water obstacle, the weary runners were met with a 400 metre steep uphill ascent to the finish.

The race start and finish was at the Schoolhouse Devon restaurant. The weather conditions were dry and sunny, a blessing for the field after this week’s rain. The runners were sent off in three waves, with the fastest starting last. There were athletes representing many local clubs including Sidmouth, Okehampton, Bude and Dartmouth. 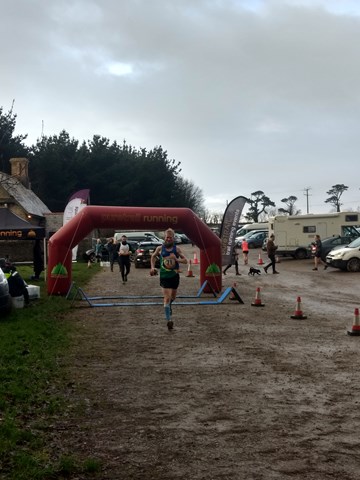 Mudlark Roger on his way to 5th place

Three of the clubs high profile runners took up the challenge and performed superbly.

Roger Easterbrook completed the severe test in a great time of 01:04:07 to finish 5th overall and 2nd in the 40+ age category.

Gary Smart clocked an impressive time of 01:05:34 to claim 12th place and Derek Skinner finished 78th in a time of 01:25:06. To be fair to Derek, the water was probably that much deeper for him to wade across!!

The club did have two other runners on show, but as sweepers. Ruth Johnson and Kim Nichols volunteered to undertake this very important role. Well done ladies. 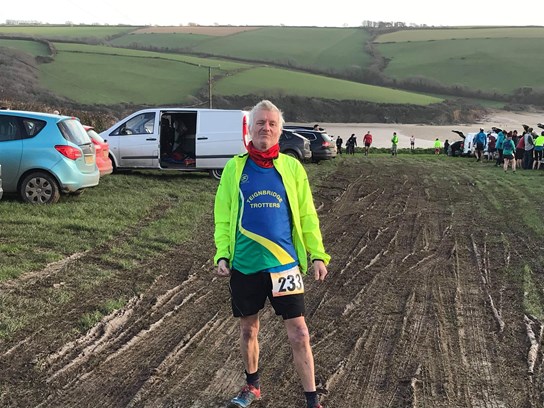 Del all set for the challenge ahead 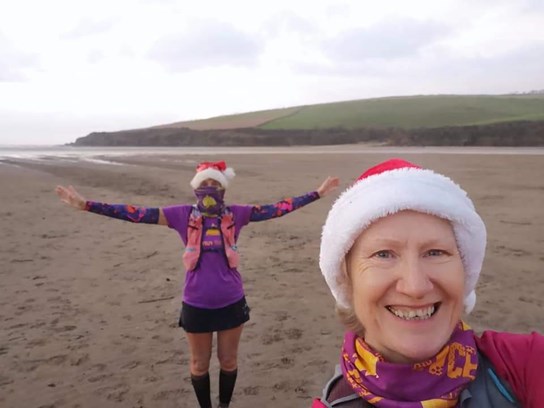 Sweeper uppers Ruth and Kim on The Erme Estuary