Teignbridge Trotter Chairman Roger Hayes, who is also the DD’s Race Director, said: ‘This year’s DD was one of hottest we’ve ever experienced. You always have to dig deep within yourself to reach the finish line and this year’s DD proved that Dartmoor can be brutal as well as beautiful.’

As the runners cooled down after the demanding race, Roger was joined by Sibelco Operations Manager Ben Uphill, who presented the prizes. This year, Sibelco and the Teignbridge Trotters agreed a major sponsorship deal to support all five of the club’s races.

Ben Uphill said: ‘Sibelco is delighted to be associated with the Teignbridge Trotters and its race calendar. The club pulls in people from across the UK to take part in some great events and Sibelco is very happy to be supporting this kind of grassroots sporting activity. Today’s race shows just how challenging conditions can be and we take our hats off to all the participants and applaud the hard work of the organisers. It’s just amazing! Here’s to a long and fruitful relationship between Sibelco and Teignbridge Trotters.’ 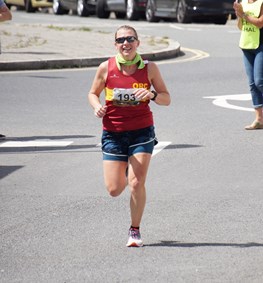 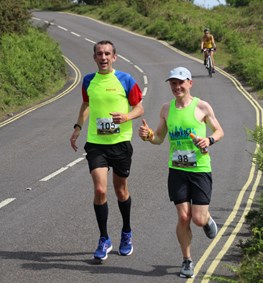 Roger Hayes said: ‘More and more runners are taking on the challenges of an ultramarathon and it’s great to see so many newbies tackling the DD. It’s particularly exciting to see first-timers right up there among the podium finishers. It just shows what can be done with proper training and a healthy dose of grit!’

The DD, which starts and finishes in Princetown, is organised by leading South West running club the Teignbridge Trotters. Renowned for breathtaking views, equally breathtaking hills and weather that always surprises, the DD is the UK’s longest single-lap road race. The event has been steadily growing in popularity since 2010, when the Trotters took over its organisation. This year, 180 finishers crossed the line, out of a starting line-up of 213 runners.

Every year, the DD’s team trophies generate keen competition between rival clubs. The Teignbridge Trotters fought off a stiff challenge from Okehampton Running Club to lift the men’s cup for the ninth time in 11 years. Adam Johnstone (4:26:10), Garry Smart (4:29:24) and Allen Taylor (4:35:12) flew the flag for the Trotters. In the Ladies’ competition, third lady Diane Roy led the charge for the East Cornwall Harriers, supported by Kaye Patterson (5:17:40) and Sharon Daw, whose 5:39:24 also earned her the FV50 prize. Teignbridge Trotter ladies were second. 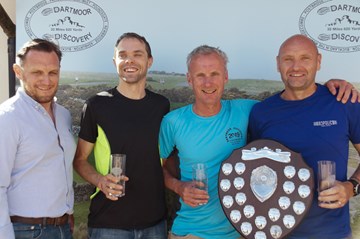 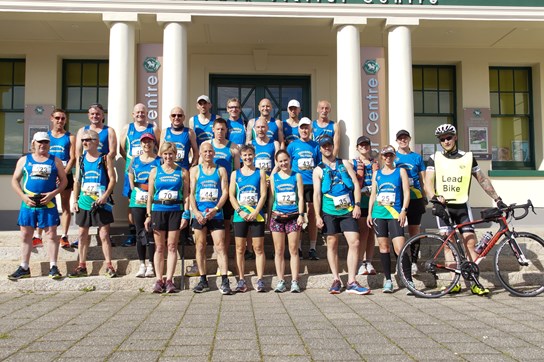 Trotters before the 'off' 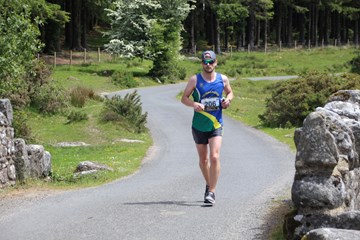 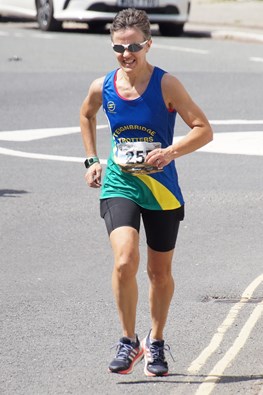 The 2019 DD was an extra special event for Sharon Daw, who completed her 300th marathon on the way to the finish line. In addition, three Teignbridge Trotters passed the coveted 100-marathon milepost on Saturday: Allen Taylor, Kurt Read (5:16:07) and Christopher McIntosh (6:03:01).

Also thanks to John Ludlam for writing this weeks press report. 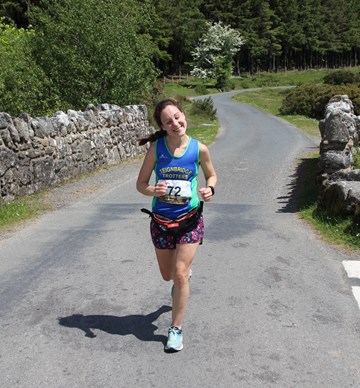 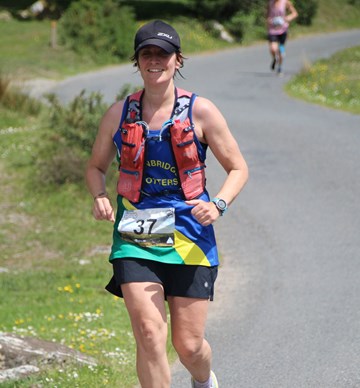 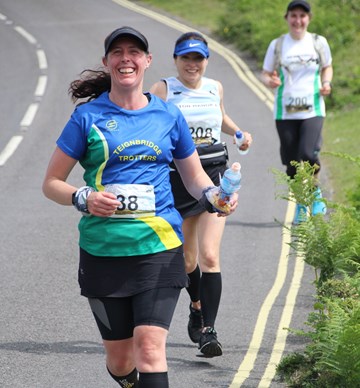 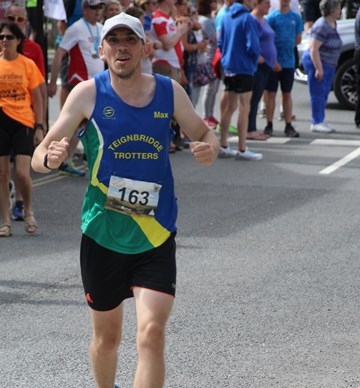 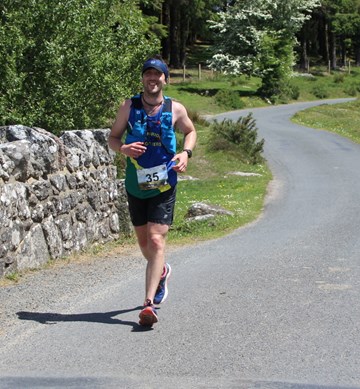