Held late November or early December, this is a great Trotter-only event....with a twist.

It's a 4-mile handicap event, so in advance of the race your individual start time will be calculated (based on recent 3k, 5k, 10k, or Sandygate Loop times), with the aim being that all runners cross the finish line within a few minutes of each other.

The course itself starts near the Sandygate Inn, and takes runners up a two-mile section towards Gappah, following quiet country lanes.  Then, runners turn around and run back the way they came, to the finish.  It's a great course as you're always in sight of other runners either on their way out or on their way back, and of course the element of friendly competition makes it all the more enjoyable.

Entry into the race is a festively-wrapped present worth £5, and then after the event it's a chance to socialise with fellow Trotters, and have a festive meal and a drink.  The person who crosses the finish line in first place gets the first pick of the presents on offer, the second over the line gets second pick, and so on.

NOTE: As this is an internal Trotter event, club kit does not need to be worn to comply with the club championship rules.

Where does the name of the event come from?

John Scott is the first life member of the club, and the event is named after him.  John had various roles within the club, including Club Secretary from 1984-1994, Chairman from 1994-1995 and President from 1997-1998.  John emigrated to Spain with his wife many years ago, but before he left he gave us the trophy, and as a club we came up with the idea of a handicap race.

For any questions about the race, please contact Graydon Widdicombe;  gwiddicombe@icloud.com 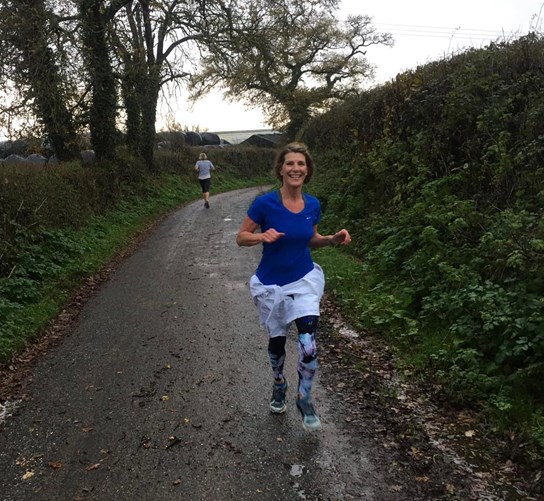