Teignbridge Trotter Tim Hartley flew the royal blue on the distant island of Barra, which is the southernmost inhabited isle of the Outer Hebrides, Scotland. Tim completed the Barrathon, an annual half-marathon event peculiar to the island, in a time of 2:12:08 which was a PB for the event. His position was 170 from a field of 250. It was Tim's fourth time and he says it just gets better each year, with a challenging route through spectacular scenery. Conditions were not brilliant, with heavy rain and strong gusty winds for some of the route, and it was cloudy and windy for the remainder.

Five Trotters travelled to King's Tamerton to take part in Plymouth Musketeers Running Club’s Muskies Madne5.5. This was a multi-terrain undulating course on woodland track, riverside path and roadside pavement with some tough ups and downs, and a final one-mile climb to a sports field finish. Leading the Trotters home and taking a cracking second place overall was Tim Pratt, in a time of 33.45, in third place was Roger Easterbrook in 34.53, and fourth was Garry Smart in 35.07. Together these three took the male team prize. Kathryn Steemson was 51st in 45.02 and close on her heels was Jo Randall (53rd) in 45.11.

Trotters Tracey Jolly, Kevin Sampson and John Holland took part in The Maverick Original Devon Trail run. Runners could choose from three distances: 6km, 13km or the full 22km, all around the stunning and challenging upper Teign valley, starting and finishing at picturesque Fingle Bridge. With some testing ascents and descents, and rocky conditions under foot, Tracey in particular was glad of her trail shoes, if for no other reason than the 22km eventually turned into 24km. All three Trotters completed the long route, which involved a total ascent of 2,800ft. First Trotter home was John in 2.41.52, taking 33rd place, followed by Kevin 2.42.43 (34th) and Tracey 3.17.32 (37th).

Multi-marathoner Richard Keatley took a quick excursion to Chasewater Country Park, Staffordshire to complete in his marathon number 62, organised by How Hard Can It Be Events . The route was a little tougher than Richard expected, being 8 laps each of just over 3 miles. The weather was overcast and cloudy most of the morning, ideal for endurance events, but the sun broke through as runners approached the finish. Richard completed the race, known locally as the Snickerthon, in 5.33. 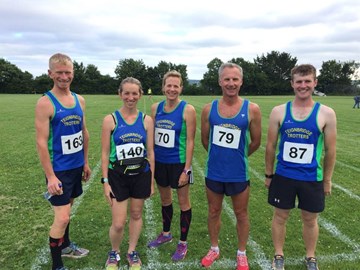 Trotters before the off at the Muskie Madness 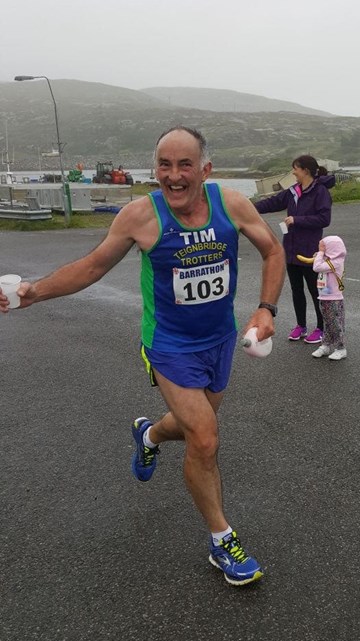 Tim Hartley at the Barrathon half marathon 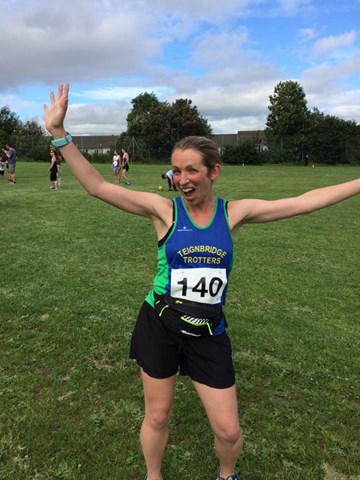 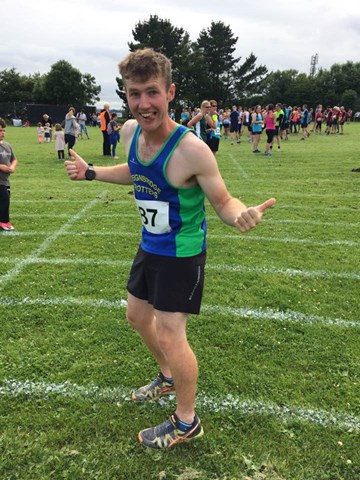 Thumbs up from Tim at the Muskie's Madness