Adam Johnstone and Tim Pratt take the honours at the Merry Xmas Plym Trail marathon and half marathon races. 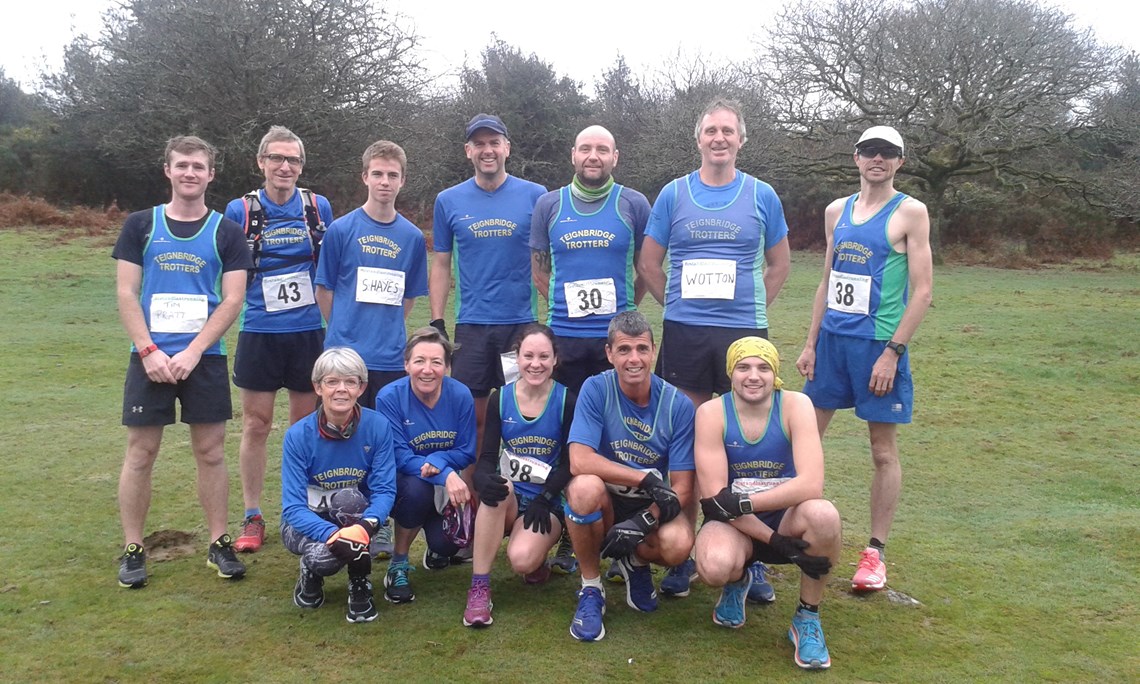 The Plym trail is situated within an area of outstanding natural beauty within the Dartmoor National Park. The stunning views of the forests and valleys are breath taking. Formerly an historic railway, this area is now enjoyed by walkers, cyclists, runners and horse riders.

The course is a quick 1.58 mile ‘out and back’ in Clearbrook village followed by 12.31 miles ‘out and back’ run on the well signposted Cycle Route 27, which is completed twice for the marathon. The route was very well marshalled with a couple of water stations handily positioned. The start and finish line was at the turnaround point at Coypool.

The weather conditions before the race were cool but relatively dry. As the races proceeded, the rain did arrive, but by this time the runners were well on their way.

The marathon proved to be a highly successful race for our club runners.

A special mention must go to Stan Hayes who completed his first competitive race!! What a time and result for the young man. He obviously takes after his dad and has the ability to go from strength to strength from here on!! Roger Hayes, not surprisingly was very proud of his son for putting in such a great performance. Keep the good work up Stan! Run that marathon and that festival ticket is yours!! 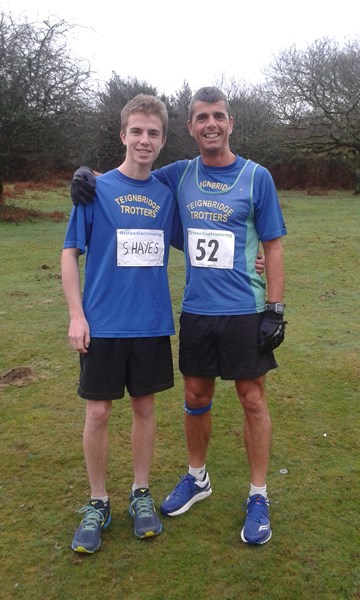 Roger Hayes and his son Stan

On Saturday 15th December five Trotters braved it through the rain and floods to get to the start of Pure Trail Running, Race the Light, the idea being to get to the finish before dark!


The 8.5 event started on Mothercombe beach, before heading across the estuary and up into the woods within the Flete estate. It was an out and back course, on really muddy trails although the rain had stopped, the winds were really strong winds. The race started and finished crossing the Erme estuary, which proved very testing and quite treacherous. The runners needed all their strength to stay upright in the thigh deep water with a strong undercurrent. Ruth Johnson said it was a really challenging course with a couple of steep climbs on route.

The race was won by Lee Turner representing Torbay Tri Club in a time of 55:33.

Thankfully our five Trotters survived to tell the tale!!

Running Miles organizes the well run event. It was a bitterly cold morning with Graydon’s car showing 2 degrees on arrival, which was a bit of a shock to the system compared to recent events that he has taken part in. The trail run took the runners through woods and around lakes and although conditions were not horrendous, it was muddy and stony in places, which isn't Graydon’s favourite running terrain!! He much prefers good old tarmac!

The event has a relaxed friendly feel about it. One runner was clocking up their 1001st marathon, whilst another competitor has done 270+ in a calendar year. So it’s an event for the marathon-crazies, most definitely!

The marathon distance was 8-laps of the course. 46 runners ran the distance. Graydon really struggled during the race, mainly due to the freezing cold temperatures, which didn’t improve during the morning as long stretches of the trails were under the trees, therefore in the shade. This resulted in his legs seizing up, which is never a pleasant experience. He was pleased to finish his 30th marathon of the year in a time of 4:56:42.

To top off his day that hadn’t especially gone to plan, on the way back home Graydon’s car broke down at Bristol Services, which could be described as “sub-optimal”. Fortunately the RAC towed him back, and he eventually arrived home just before midnight. Looking on the positive side, at least Graydon saved on fuel whilst he was being towed...

In some ways it was a day to forget but Graydon’s been told it’s character building….although he’s not convinced!