A very busy weekend of racing was had by Trotters, including a 5-miler, various offroad distances on tough terrain, a challenging 10-miler and Richard does his first quad. 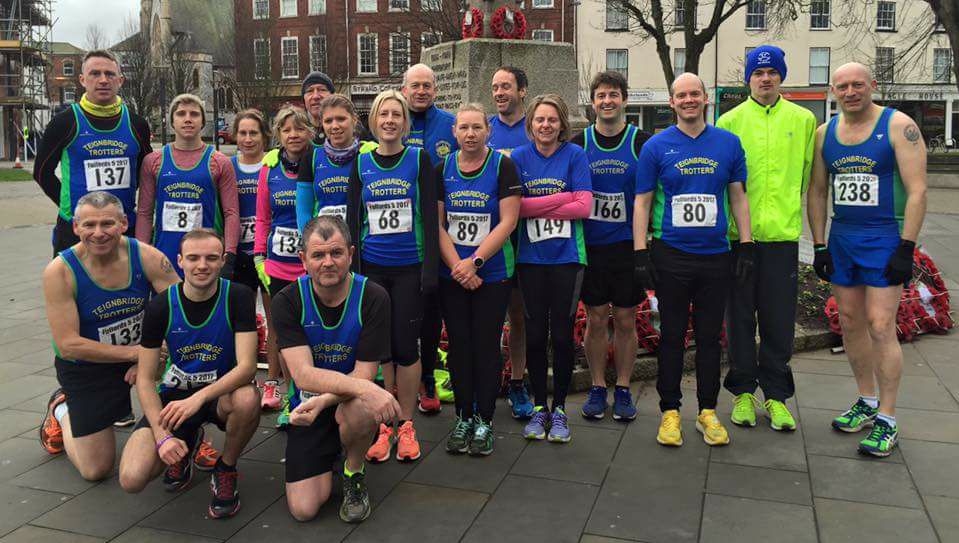 First up, lots of silverware was picked up at the Fulfords 5 on Sunday 6th February, which is organised by Exmouth Harriers.  The course is essentially a 2-lapper around Exmouth and although it was cold with some wind, 239 competitors finished the race. 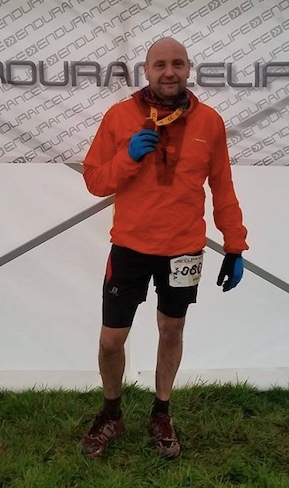 Allen after the Endurance Life Marathon

On the same day, three Trotters travelled to Weston-Super-Mare for the Two Bays 10, which is challenging multi-terrain race. Derek Skinner, Gary Watson and Eleanor Taylor made the start line, with the race starting and finishing on the newly rebuilt pier. The running conditions were good with a little head wind but nothing too much, whilst the course was ran on different surfaces like beach, road, steps, muddy tracks and two big hills, one of which was particularly challenging. Eleanor unfortunately had to DNF, whilst Derek finished in 1:19:56 and Gary managed 1:21:55.

There was a series of races on Saturday 4th February, and Allen Taylor completed the Coastal Trail Series South Devon marathon run by Endurance Life. The course measured 27.6 mile and his time was 5.03.05, for 11th position out of 108 starters (97 finishers). Weather was glorious considering the day before, which was dreadful! Underfoot was very wet, muddy and very slippery and Allen did take a tumble at 17/18 mile. The event started in Beesands following the SW Coastal path to Start Point Lighthouse, Gara Rock , East Prawle, Stokeham Village, Slapton Sands and back to Beesands. All-in-all Allen thoroughly enjoyed this run with the spectacular views.

At the same event Karen O’Brien tackled the Half Marathon, having last completed the 10K. Karen commented “the inland tracks were lovely and muddy and the hills were still the hills!”. Karen had expected it to take her around 4 hours, so she was very happy with 3:45.  Karen also commented that her nephew, James, spent some time running with a really great bloke who was a "Trotter"; it turned out to be our own Allen Taylor!

Finally, on what was a great event, Paul Dodson completed the 34-mile race. Paul also commented that it was a muddy and technical race and he finished in 6:59 for 44th place (out of 94).

Richard Keatley drove to Milton Keynes to compete in his first quad marathon; four marathons in four days. It is organised by Enigma, and is known as Quadzilla and is laps of a lake.

Day one weather was nice, mild and overcast and he finished in 4:44. Day 2 was quite windy with big gusts in places, so Richard took it a bit easier and did 5:06. Day 3, Saturday was a really sunny mild day for February and he completed the race in 5:21, whilst Day 4 was cooler than any day and he completed in 4:56. Richard had a great weekend and he said he really enjoyed completing his first quad.

Thanks for the contributions from Nigel, Richard, Marie, Karen, Paul and Derek. 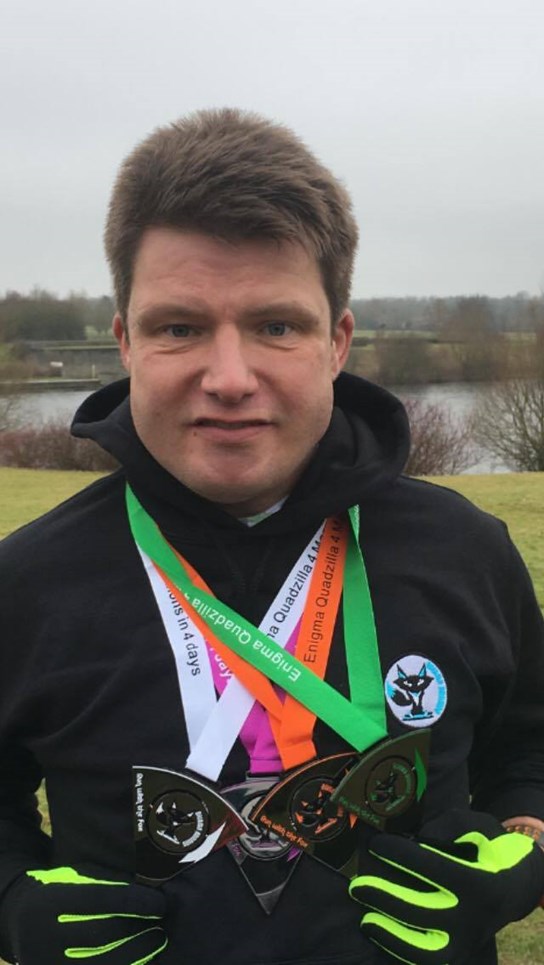 Richard with his four medals 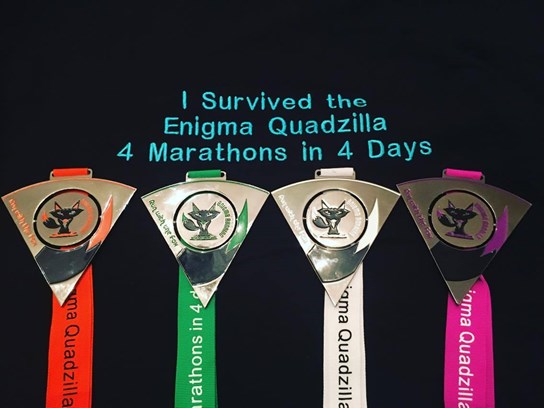