The MK Marathon took place on Sunday 27th June. The race started from one of the city’s famous landmarks, the fabulous Stadium MK. The first five miles were run on wide roads and tree lined boulevards, giving the runners a chance to soak up the atmosphere and enjoy some enthusiastic spectator support.

The marathon route then continued through picturesque Woughton-on-the-Green and Woolstone parishes.

The runners then passed through the original Milton Keynes Village, renowned for its picture postcard thatched cottages and then on to enjoy the beauty of Willen Lake and the tranquillity of the Peace Pagoda, before looping back to join the meandering and historic Grand Union Canal. The route then took in St Andrews, a 13th Century church, before passing the Bradwell Windmill, built in 1810 at around mile 18.

The route continued west to Bancroft where it passed the remains of an ancient Roman Villa. The racers then headed south, following the brook, passing the famous Concrete Cows and then Bradwell Abbey, built in the 14th century.

The race then followed the brook further south, through the fertile Loughton Valley Park, passing Lodge Lake and then Teardrop Lakes before heading back for a victory lap of the stadium MK football pitch and that magical stadium finish!

Three Trotters experienced the finish. Julian Scanes ran superbly to set a new personal best for the distance. His new time of 03:02:24 was 00:1:01 quicker than his previous best. Julian was a bit disappointed that he didn’t get under the 3 hour barrier, but with the form that he is in, his ambition must surely be just around the corner. Jules finished in 81st place. 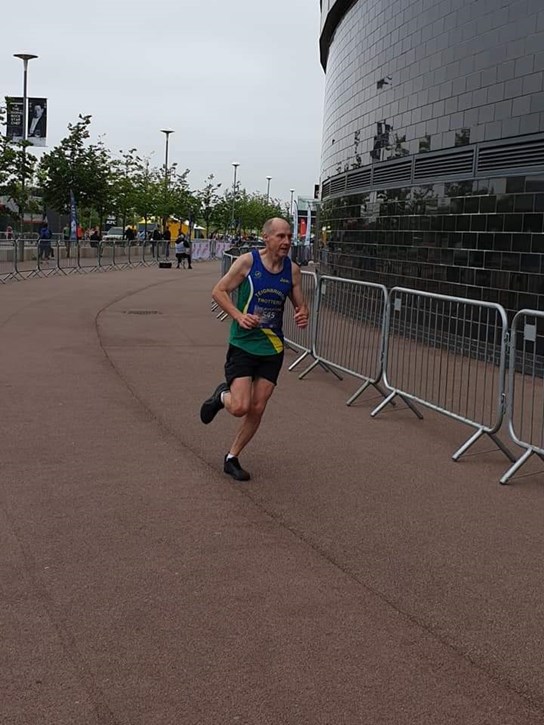 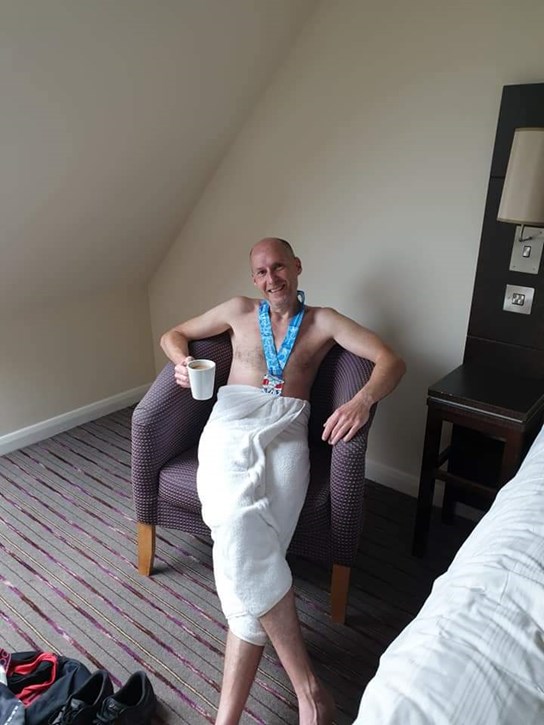 Jules relaxing in his hotel room with a well deserved cuppa

A Trio of Trotters represented the Teignbridge Trotters at RunVentures 10K Summer Soltice Fell race event held on the evening of 23rd June with a 19:00 start time.

The route was a fast, steep, tor strewn affair, a great introduction to what fell running is all about. There were also two distances available for juniors depending on age. 2K for under 12's & 4.5K for under 16's.
Our three runners just missed out on those categories!

Jimmy Donovan, making a return to racing, was first Trotter home, clocking a great time of 00:54:27, placing him 3rd in the MV55 age category. 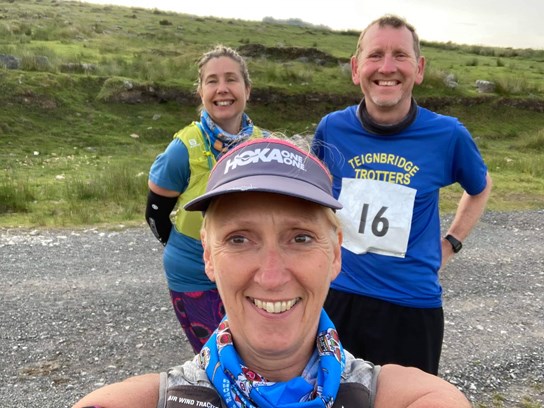 Starting at Goodrington beach, the route took the runners along the South West coast path, across beaches, and through woodland trails at Churston Grove, before heading back to the start. There was a sting in the tail in the last mile, with two flights of steps to really test the tiring athletes.

Three Trotters took up the challenge and all performed well. Ewan Walton finished an excellent 7th, completing the course in 00:58:01. Stuart Moulson clocked a time of 01:21:22 to finish well up the field in 53rd place and Zilpath Walton finished in 119th spot in a time of 01:43:38. 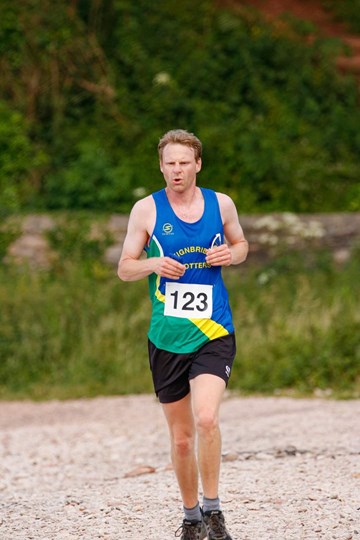 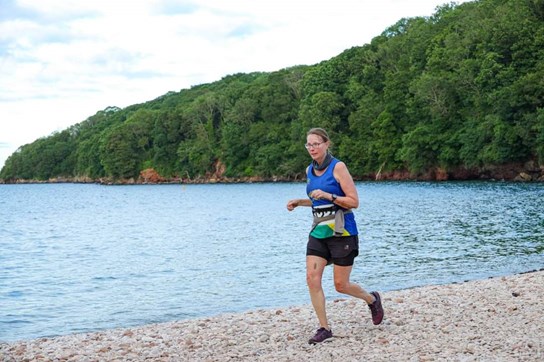 Zipath tackles a section of beach 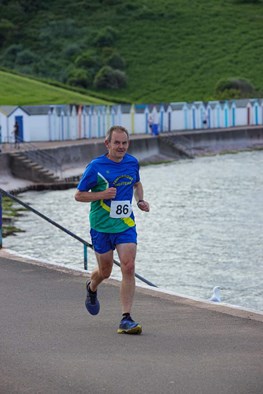 BYS VYKEN events were the organisers of The Smugglers Scuttler Half Marathon on Sunday 27th June. A fun pirate themed race that took place at Lands’ End. Fancy dress was optional for the entrants.

The route followed the South West coast path to Cape Cornwall and back, including climbing Gwynver Steps twice!! At the top of Cape Cornwall, runners were expected to pick up four items of contraband (50ml of rum, gem stones, pirate coins & tea bags) from the half barrel being guarded by Captain Keefy. If the finishers came back with no contraband, they got no memento. Drink the rum and you were disqualified!!

Weather conditions throughout the race were terrible with torrential rain, hail and wind, making the treacherous route pretty precarious, with large boulders and steps to negotiate. 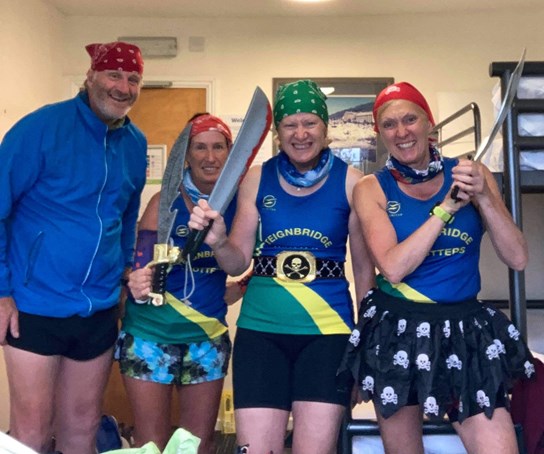