Ooser races test Trotter duo in the heart of Dorset

The Dorset Ooser Half & Marathon took place on Sunday 16th August, organised by Badger Trail Events. There was also an opportunity to run with your dog over both distances!

Both races started from an ancient thatched barn in a tiny hamlet of Turners Puddle, Bere Regis, in the heart of Dorset. The start took the runners uphill & then followed farm tracks, fields, trails that meandered through ancient woodlands & old historic drover routes. There were also short road sections which took the racers through picturesque hamlets, managed woodland tracks, heathland and set in the glorious Dorset countryside!!

The Marathon route included 3km of short tarmac sections, the longest being 1km. The route consisted of thirteen hills, mounting to 1090 metres of ascent. There was also some muddy patches, seven stiles and two fords to negotiate. There were some stretches to gather some pace, but not a race for the faint hearted. There was a generous 8 hour cut off time.

The Half Marathon had a maximum of 2.4km of tarmac sections.

The event was brilliantly organised and the COVID precautions were in place to make the event a safe one. The marshals were all very supportive, despite the light drizzle. 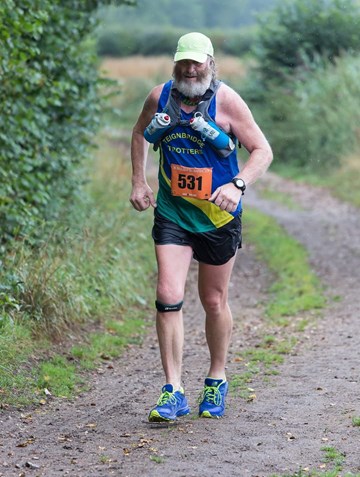 Mark Wotton blazes a trail at the Ooser Half Marathon 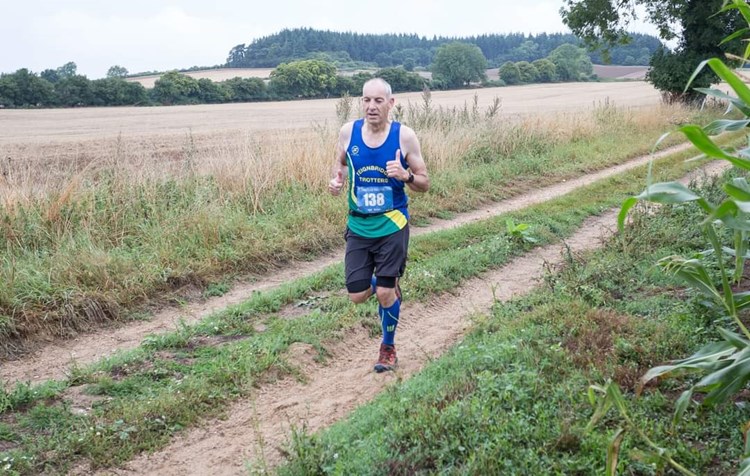 Neil Rutley on his way to a new course PB

Mark Wotton and Neil Rutley were the Trotters only representatives.

Neil ran superbly to finish in 56th in the Marathon, clocking a time of 4:53:01. Neil finished 2nd in his age category and smashed his previous best course PB by 15 minutes.

Mark also ran well in the Half Marathon, completing the tough test in 2:45:26 to finish 112th.

Robert Doubleday took the honours, clocking a time of 1:24:16. There were 145 entrants. 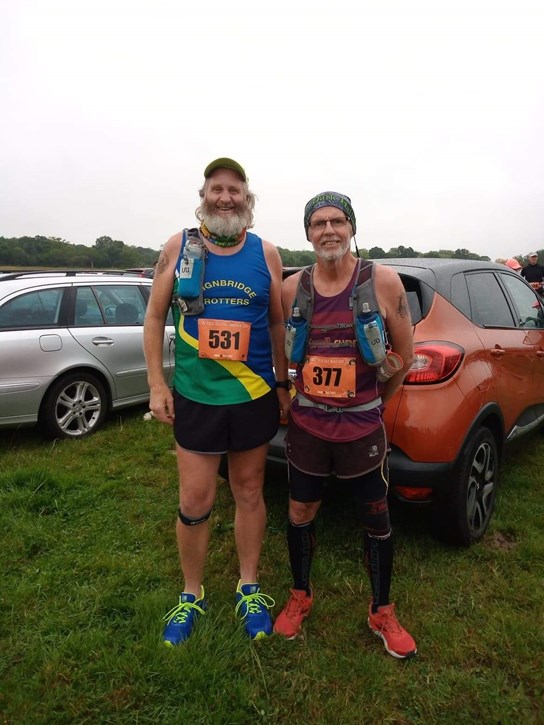 Mark catches up with Simon Bunday 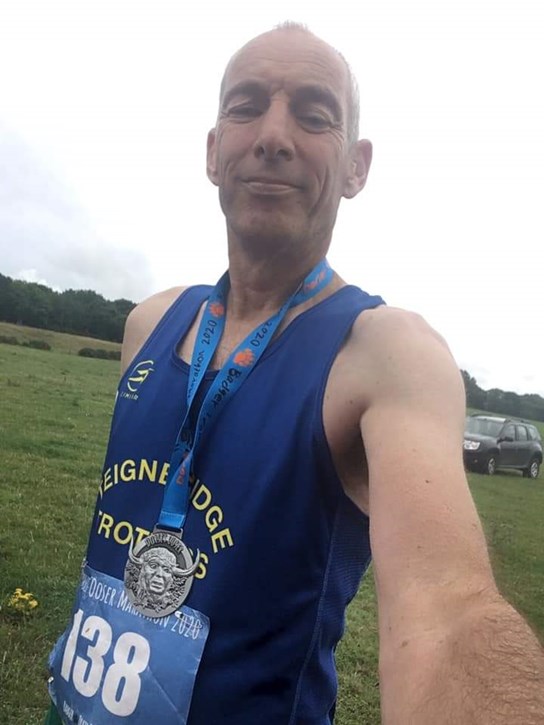