All the races were seriously challenging coastal runs along the stunning South Cornwall Coast Path. The races stretched between Anthony Head on the Roseland Peninsula to Porthpean in St Austell Bay. The trails were very undulating and took the runners through fields and across beautiful countryside. The underfoot terrain was uneven in places and slippery, with Stiles, gates and steep ascents to climb. Lucky the aid stations were well stocked with goodies, and there was even a cocktail corner serving non alcoholic drinks. Bon said he spent a bit too much time working his way through the drinks menu! 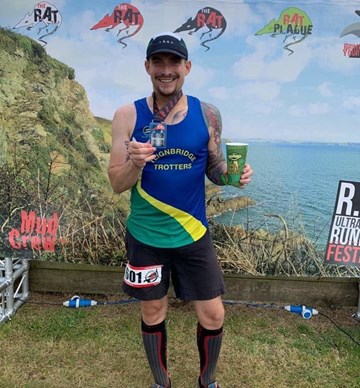 Bon displays his goodies after completing The Red Rat

Bon was coached to his start point at Portloe from the race headquarters at Porthpean Outdoor Education Centre, St Austell. The rain was heavy as Bon and his rivals were transported to the start, but the rain soon abated to leave almost perfect running conditions. There were strict cut off times on the self navigated event, although there were marshals on the route.

Bons route took him to Caerhays, Gorran, Mevagissey, and to the finish at Pentewan.
Bon completed the challenge in 04:34:34 to finish an excellent 54th. 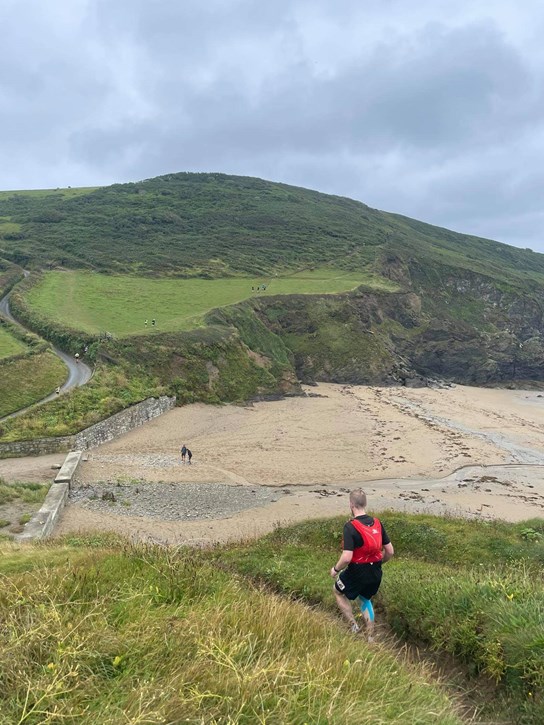 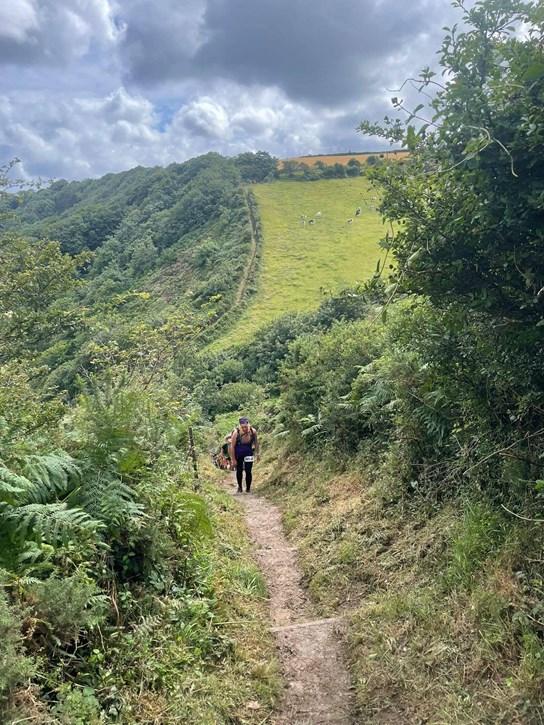 Just one of the steep descents along the coast path

Four of the Clubs elder statesmen travelled to Exeter on Friday 6th August to compete in the Run Exe Team Relays organised by City Runs.

The event took place at Exwick Park and the near 4K leg followed paths and cycle tracks alongside the canal. Weather conditions were just about perfect, after a quick shower pre-race time.
The Teignbridge Trotters MV60+ comprised of Neil Rutley, Alan Kember, Bob Small & Paul John's.

Well done on a great performance. 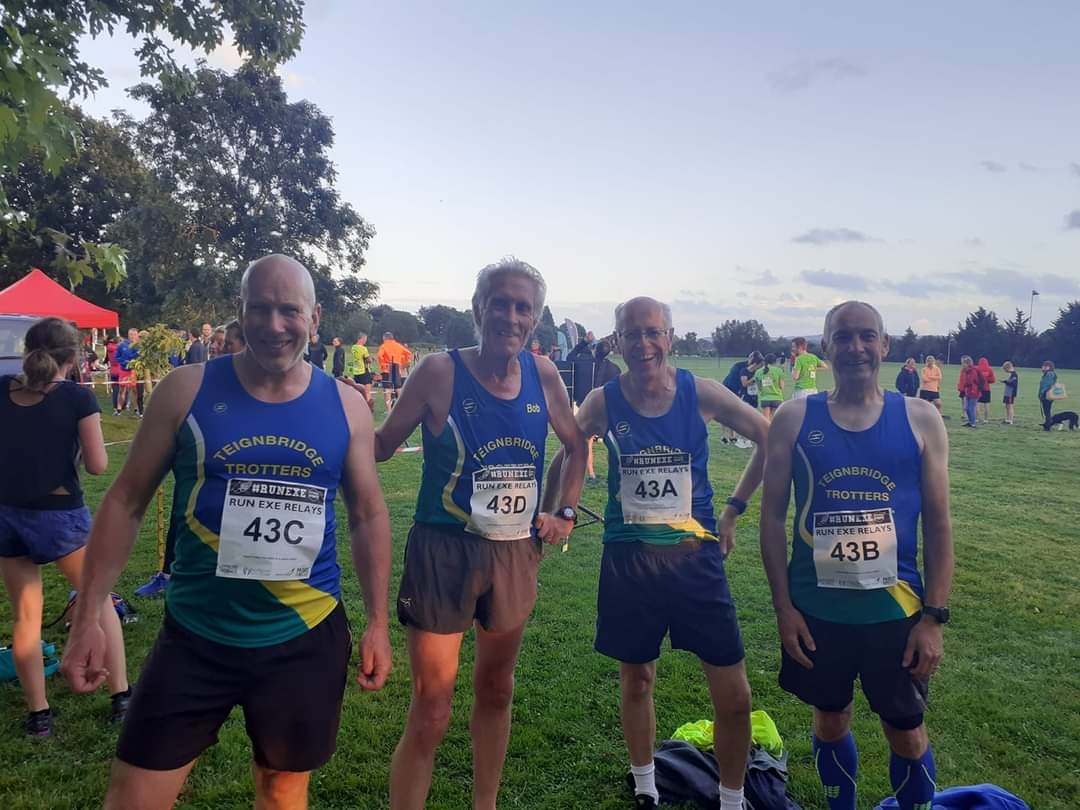