Runner Up For Roger 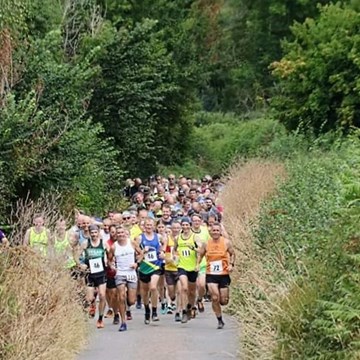 Roger in the mix from the gun 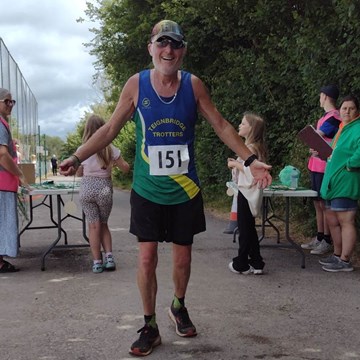 Del does it again 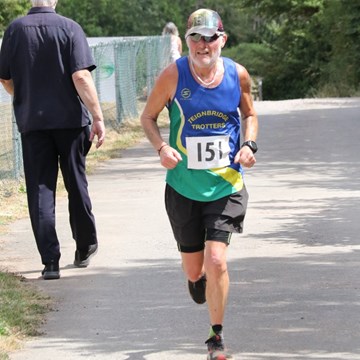 Roger Easterbrook and Derek Skinner kept the Trotter flag flying at the Stoke Gabriel 10k(ish) Carnival race on Sunday 31 July. The modestly titles event undersells the distance and difficulty of this event, with around 8 miles a more accurate estimation on a multi-terrain course of country lanes, riverside shingle, footpaths and fields, all with plenty of familiar Devon ascents and descents.

Fortunately, the race also rewards runners with a free bacon or veggie bap and a pint of Hunt’s cider to finish. Probably not the post-race tipple of choice at this week’s Commonwealth Games, but thirstily welcomed at this typical Devon event ran in humid conditions.

Roger maintained his rich vein of form, coming home second in 53:22 (estimate). Having won this same event last year, it’s a course he clearly enjoys. Prolific racer Derek bagged another finishers medal, though with results not yet available (Monday evening), hid time and place is not yet confirmed. He described the route as “challenging with some infamous Devon hills - but being Carnival Week in the village the atmosphere is very much based on having fun.” 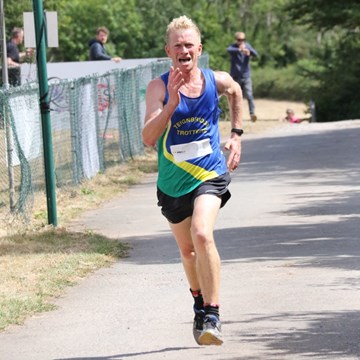 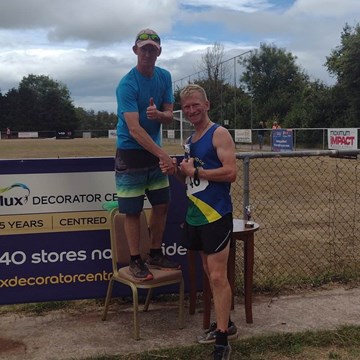 Roger picks up his prize 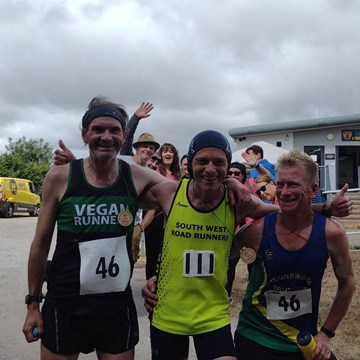